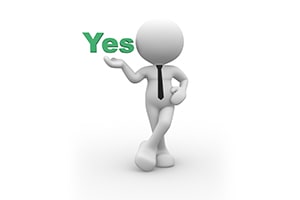 If you live in Medford, New York, or somewhere close by, it's important to remember that from time to time, you might find yourself in need of the help that can only be accessed from a legal professional. Although most of us don't like to think about the things that are addressed in family law cases, such as divorce, child custody, and financial settlements, it's crucial to know that there's someone nearby who can help if you ever find yourself needing to navigate the local courts. Mr. Darren M. Shapiro is a Medford, New York divorce lawyer and child custody attorney with an office located conveniently in Jericho, Long Island. Darren Shapiro started his own practice in 2005 in Suffolk County, before moving his office to Jericho, and he is as a resident of Suffolk County.

With nearly two decades of extensive experience working within various courtrooms throughout Long Island and New York, Mr. Shapiro has honed his practice and skills in the world of family law. As a dedicated divorce attorney, he has the knowledge and insight to provide you with all the guidance you need to understand even the most complex parts of family-based cases. Over the years, Mr. Shapiro has dealt with all manner of family law issues, including divorce, adoption, visitation rights, guardianship, indicated or founded CPS / ACS cases, child custody and child support.

Family law, is considered by many to be a tricky area of law to handle. Not just because of the various complicated nuances involved, but also because of the emotional aspects that need to be considered whenever family dynamics come into play. Whether you're searching for a child custody lawyer in Medford, or you're in need of a professional to walk you through the process of your divorce, Mr. Darren M. Shapiro can help. Thanks to his experience in family law, and his familiarity with the local courts, he can offer a professional and comforting solution for those in search of legal support.

Wikipedia tells us that Medford is a census-designated area and hamlet located within New York, in Suffolk County. As a community within the southern-western part of Brookhaven, the population for Medford was recorded to be approximately 24,142 when the 2010 census was completed. In 2000, that number of people was only 21,985, a collection of individuals which could be narrowed down into 6,791 households. Of all those people, 68.2% were married couples that lived together. Though the chances are that many of those couples are still happily together today, there's also a chance that any couple could find themselves considering divorce, or needing the help of a child custody lawyer.

Though the residents of Medford may prefer not to think about the fact that one day they might need the help of a family law professional, the truth is that divorce is more common than we like to think. Though you might be lucky enough that you never need the help of a child custody attorney and divorce lawyer like Mr. Shapiro, it can be reassuring to know that you have someone by your side who can offer complete guidance and peace of mind when you need it most. Mr. Shapiro will always work towards pursuing your best interests, or the best interests of the child in the case of visitation and custody cases.

Since he was originally admitted to the New York state bar in 1999, Mr. Shapiro has had countless experiences exploring the statutes and cases of family law in New York. He has been able to extensively put his skills to the test, litigating on the behalf of people from all across Long Island and New York. As a litigator, certified mediator, and certified collaborative lawyer, he has assisted numerous people in coming to terms with important decisions about their future. Not only can Mr. Shapiro thoroughly explain all of the options available to you in your specific case, but he can also give you the answers that you need when you're plagued with questions regarding your situation, or what might come next for you.

As a child custody attorney and dedicated family lawyer, Mr. Shapiro has devoted his practice to serving people all throughout Nassau and Suffolk County. Whether you're in need of assistance with adoption and custody, or you simply need to come to terms over the various complications that are involved with divorce and financial settlements, Mr. Shapiro can help. What's more, he's not only limited to litigation. For those who would rather take a more negotiation-friendly approach to their divorce needs or visitation agreements, Mr. Shapiro can also offer the opportunity for collaborative law, or mediation if the couple opts to utilize those alternative dispute resolution processes instead of the more traditional routes.

In the process of mediation, Mr. Darren Shapiro can offer a safe and non-biased guidance for couples who want to discuss the future of themselves, and their children, and come to an agreement that both sides can live with. What's more, if people instead elect the collaborative route, as a collaborative divorce lawyer, Mr. Shapiro can work alongside other professionals, like psychologists and financial advisers, and beyond to offer a more comprehensive approach to finding a range of solutions to potential legal problems.

Your Guide to Medford Divorce Law

No matter the specific requirements that you might have for a child custody lawyer or divorce attorney, Mr. Shapiro has the skills and background to help. He will fight to pursue the matters that are most important to you, from outlining crucial visitation guidelines, to explaining the issues that should be considered during equitable distribution.

If you're interested in seeking help from a local divorce attorney in Medford, or you simply need to discuss the options that might be available to you in greater depth, Mr. Shapiro is available for most of your needs. Conveniently located on Jericho Turnpike, in Jericho, New York, he encourages his clients to consider scheduling a free half-hour consultation, or to contact him and arrange their free initial appointment. Mr. Shapiro can be reached either through his online form, or you can contact his office directly on (516) 333-6555 at your earliest convenience.