Material Misrepresentation of Assets in Divorce 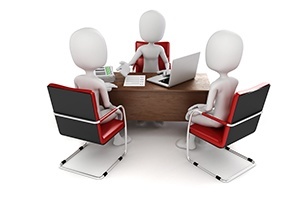 A trained mediator, collaborative attorney and family lawyer within the state of New York, Mr. Darren M. Shapiro Esq. has dealt with divorce from a number of different angles, including mediation, and litigation. Regardless of the route a client chooses to pursue a legal divorce, the process can often be complicated and full of unique nuances that must be addressed by the court, Mr. Shapiro, and the clients themselves. For instance, it's worth noting that during a divorce mediation, litigation or separation in New York couples will be expected to disclose information about the assets that they have - and be honest in the information given. If the couple are dishonest about the information that they provide, this could result in a judgment and agreement being set aside.

When educating clients about the seriousness of honestly representing assets during a divorce procedure, Mr. Shapiro might direct them towards other cases that express the severity of the problem. For example, in a case known as Moore v. Moore that took place in 2015, an ex-husband attempted to subpoena financial records from an ex-wife in order to use those documents to challenge the separation agreement put in place two years previously. The couple had divorced during 2013 as a result of a mediated agreement. As in many separation or divorce procedures, both parties provided financial disclosures in order to reach their agreement, and provided warranties that they had truthfully and completely represented all of their current assets.

As would be the case in many divorces overseen by Mr. Shapiro through litigation, mediation, collaboration or negotiation, the couple also agreed that if they divorced, they would have to produce all of the necessary documents in enforcing the agreement terms. This agreement was then incorporated into the final judgment of the divorce. During the procedure, the ex-husband in the Moore case agreed to divide up cash assets based on the financial disclosure given by his ex-wife. To this end, the husband paid a total of $243,000 at the time of the divorce. However, following the legal proceedings, the husband heard that his ex-wife had been bragging about hiding assets during mediation.

Following an analysis of the joint checking account used by the couple, the husband found that his wife had transferred approximately $30,000 into her personal account before announcing her plans to get a divorce, before transferring a further $2,000 after. Because the transfers were not disclosed during or before the mediation - as they should be in any mediation procedure hosted by Mr. Shapiro or otherwise - the husband asked for a subpoena to access his wife's financial records. While the wife in the case argued against the request and suggested there wasn't enough basis in hearsay statements to subpoena records. In that particular circumstance, the court explained that reviewing separation agreements wasn't something they would do on a regular basis - as couples should be encouraged to settle differences about an agreement on their own. However, because there was a fiduciary relationship between the spouses, the courts decided to consider the facts that existed at the time of the separation to ensure it was fairly executed.

As Mr. Darren M. Shapiro informs his clients, the requirements laid out in the Domestic Relations law state that it is inappropriate to force financial disclosures in order to overturn a separation agreement unless that agreement has been set aside. However, there can be an exception when the ex-spouse who makes the request can show the court a factual and legitimate reason to set the agreement aside. When support obligations are fixed in a separation agreement, financial disclosures won't be made available during the divorce because spousal support is not the issue in question until the agreement is invalidated. According to the court, the problem at hand was whether the principle applied after lawsuits that began following July 18th, 1980 - the date when the equitable distribution law was introduced.

Although in the case mentioned above, the court found that hearsay statements couldn't be classed as enough reasonable evidence to allow the husband to scrutinize the financial records of his ex-wife, the results of hiding assets during mediation can be very severe in some circumstances. In the afore-mentioned case, the husband had to rely upon uncorroborated reports and speculation in connection with his wife choosing to purchase a new home. The only evidence supporting his claims was an inspection of banking records, which showed the wife had taken sums from a checking account before the divorce begun.

In circumstances that involve potentially dishonest information about assets, the court may also examine the Civil Practice Law and Rules, particularly, CPLR 3102 (c) which permits for disclosures to be made before a complaint is filed if the process would be helpful to the lawsuit. This particular section of legal code only requires a party who is seeking the disclosure in the first place to explain the reasons behind his cause of action. While an expedition of fishing for data isn't allowed, the party can look for information prior to overturning an agreement by showing that the information they're looking for is material to proving their course of action.

If you are considering choosing mediation as a way to address your divorce settlement as amicably as possible, it's worth noting that although mediation allows cases to stay outside of the courtroom, the same degree of honesty is required as you would expect to provide in front of a judge. During mediation procedures, Mr. Shapiro works to help his clients negotiate the terms for their divorce, but he also reminds them that during the time in which they reveal their assets to one another, they must be honest about everything they have at that time. Failing to provide honest information during a mediation agreement could lead to that agreement being overturned in the future.

If you would like to learn more about mediation and divorce procedures, or you are considering using a certified mediator for your own New York divorce, contact Mr. Darren Shapiro's law and mediation office either via the online form, or through phone call at (516) 333-6555. It would be the office’s pleasure to see what they can do for you.