Managing Out of State Custody Orders in New York 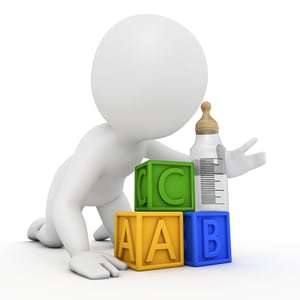 Divorce is complicated at the best of times. When you bring the complexities of state borders into the mix, the process can become even more challenging to deal with. Fortunately, with the help of a local child custody lawyer and divorce attorney like Mr. Shapiro, it is possible to understand how custody orders out of New York state can be handled by the local courts. Once a divorce has been fully completed, the parties (formerly husband and wife) will simply be permitted to move on with their lives and go their separate ways however they see fit. Of course, if the couple in question has children together, then this decision to move apart may result in one of the parents choosing to leave the state, with the children in tow. The issue comes up when people move or want to move into or out of New York.

As a divorce lawyer and child custody attorney, Mr. Shapiro often works with his clients on matters that not only cover the complexities of divorce but also address some of the concerns that might arise with child custody and visitation rights. In cases that involve New York couples, the New York Court that issues the divorce order will also often provide an "initial custody" order, which dictates how custody and visitation should be managed. However, it's important to remember that the order provided is subject to change. It's possible to revise custody orders either in the state where the original order was given, or, in certain cases - in the state where the child currently lives. Of course, one of the common issues that Mr. Shapiros deals with as a child custody lawyer involves enforcing the orders for custody made by other states.

A court of law generally doesn't dictate how a person should live their life following a divorce. This means that the issue described above, wherein one parent choose to move to another state, can commonly arise in some cases. Because lawmakers understand this, they have chosen to develop something called a "uniform act", which divorce attorneys and child custody lawyers can use to understand the custody proceedings that take place across state lines. The act that is established for the purpose of managing child custody across states is known as the Uniform Child Custody Jurisdiction and Enforcement Act or UCCJEA.

Mr. Darren Shapiro helps his clients to understand the complexities of this act and prepare for the eventualities that might arise as a result. So far, the UCCJEA has been adopted across 49 states, including New York, and provides guidelines into which court has the right to create binding custody agreements and modifications for each client when multiple states are involved. This same act also allows for the ongoing enforcement of any out-of-state determinations regarding custody. The first decision to be made regarding custody is known as the "initial custody determination". In most cases, this decision will be made by the state that the child lived in at the time of the custody question coming into play. This state is called the “Home State” under the act. The court that makes that initial determination will then maintain "exclusive, continued jurisdiction", which allows them to handle any modification orders in the future unless the parents and child move home, or the child has a limited connection with the state, meaning that sufficient evidence no longer becomes available to make decisions.

After a child moves home to a different state, issues can begin to arise when it comes to figuring out which state should have jurisdiction over the case. In general cases, so long as one parent continues to live in the state that made the custody determination originally, that state can retain their jurisdiction, as long as they deem fit. For instance, if one person moves to New York with the child, and the out-of-state parent requests to modify a custody order in New York, the court should refuse to hear the request until the original state relinquishes their jurisdiction. However, a parent who moves into New York might want to register an out-of-state custody determination the local courts. In practice, a child custody lawyer will need to determine for their client whether this registration is being done to be able to modify the order in the new state or just for enforcement purposes. This issue should be clarified and raised with the court. Often, this process begins at the same time as an enforcement request, and parents do not need to wait until an enforcement is needed before registering a determination. When it comes to enforcing the order, all the states that are members of the UCCJEA will be able to enforce custody determinations in other states, so long as the court in the alternative state followed the UCCJEA rules.

If you're in the midst of a custody dispute, it can be difficult to understand exactly what comes next for you and your family. That's why it's so important to reach out to a child custody attorney and divorce lawyer that you can trust. Whether your former partner now lives outside of New York or not, there's a good chance that you could benefit from the support and guidance of a New York child custody lawyer who can help you to understand the complications that surround child visitation and parenting rights. Custody determinations, both in and out of state can be complex and difficult to understand - which means that they should always be handled by attorneys that have experience in those areas.

Mr. Darren M. Shapiro can handle all aspects of family law, from divorce to child custody rights. To discuss the elements of your unique circumstances, or schedule your free consultation with Mr. Shapiro today, simply call on (516) 333-6555, or contact us through our online form.