Maintenance for Longer Than the Guideline Duration

When can a New York Judge Order Spousal Maintenance (Alimony) for Longer Than the Guidelines Suggest? 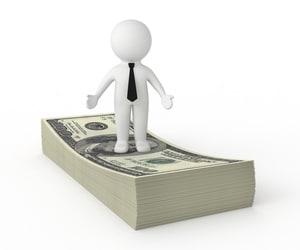 There are many different things that a New York judge may need to consider during a divorce case. Divorces are complicated matters that can differ drastically from one party to the next. However, many cases will involve a discussion of things like equitable distribution, and spousal maintenance. "Spousal maintenance" refers to the payments that are awarded to a less financially gifted spouse following a divorce, to make sure that they can continue to live their life safely after a marriage comes to an end.

As a divorce lawyer for residents of New York and Long Island, Darren Shapiro frequently supports clients approaching the courts with requests regarding spousal maintenance. Attorney Shapiro is on hand to offer assistance and guidance to those who are facing the complicated nuances of a New York divorce. To some extent, this means that he can provide insight into the formulas and guidelines that New York judges use when determining how much spousal maintenance should be provided to a spouse in any given case, as well as how long those maintenance payments may last for.

When the New York courts are required to determine both the amount of spousal support, and the duration of the payments to be given, they will generally use the formula given in the Domestic Relations Law guidelines section 236(b). The guidelines in this formula dictate that marriages can be broken down into three different categories, and each of those categories come with their own percentage used to calculate the duration of maintenance payments. For instance:

Of course, as Attorney Shapiro reminds his divorce lawyer clients, the courts aren't always restricted to following these rules and numbers exactly. There are circumstances in which the judge presiding over the case can decide that the guidelines aren't appropriate for the situation of the couple in question. If the guidelines of Domestic Relations Law aren't suitable for the case, then the judge can order a different level of post-divorce maintenance, for a period that is either longer or shorter than the time recommended by the formula. However, if the judge in your case does decide to deviate from the guidelines, they will be required to provide their reasoning in writing.

For those interested in the history of spousal maintenance, and the formulas that go into calculating it, the duration formula was first entered into law in 2015. There haven't been many cases since then that have tested the limits of a judge's ability to depart from the guidelines. Indeed, most cases will allow the judges of New York to remain within the formula given. However, the cases that have appeared in legal literature have been helpful in explaining how a departure from the guidelines may work.

For instance, Attorney Shapiro frequently draws attention to cases that may be helpful in explaining the nature of a judge's decisions or abilities in a divorce case, when explaining concepts to his clients. One case that often comes to mind took place in 2016 and presented a case in which the party seeking maintenance was able to obtain their payments from the upper range of the guidelines.

In the case mentioned above, the annual income earned by the husband was approximately $415,000. When the couple had their first child during 1996, the wife stopped working so she could care for the baby. By the time the divorce took place in 2009, the duration of the marriage had been around 15 years. The court noted that the wife was in good health at the time of the divorce and that she had a bachelor's degree which may help her to get another job. However, she didn't make any money at the time of the divorce. The court determined that, when the income disparity was taken into account, alongside the wife's ability to work, the maintenance that should be awarded from the husband to the wife was around $96,000 for a period of five years.

The durational period of the award was certainly at the higher end of the guidelines in this case, but the court upheld the order upon an appeal from the husband, explaining that the award had been designed to encourage self-sufficiency where possible from the wife, while accounting for a huge discrepancy in the earning power of both parties. As a divorce attorney that was admitted to the bar about two decades ago, Mr. Shapiro has seen the concept of "rehabilitation and self-sufficiency" appear many times in divorce cases. Attorneys can sometimes even argue against, or for a post-divorce maintenance payment award for long enough for the receiving spouse to get the additional training or education they need to support themselves.

Anyone considering a divorce in the New York area should ensure that they get the right support and guidance for their case. The Law and Mediation Offices of Mr. Darren M. Shapiro has many years of experience when it comes to representing clients in everything from spousal maintenance cases to those for child custody. To discuss your details with Attorney Shapiro, get in touch today on (516) 333-6555 and schedule your free consultation.