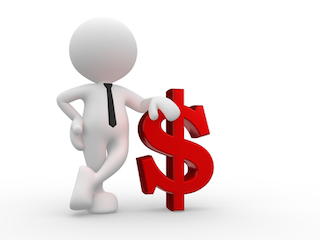 The Law and Mediation Office of Darren M. Shapiro, P.C. has the experience to assist you in pursuing or defending maintenance and spousal support violation matters. People that have maintenance orders (fka alimony) from divorces usually can ask the Supreme Court to enforce the order, if it is not paid, by filing a post judgment motion for contempt or a violation proceeding. The Family Court may be used as well, if language was not included in the divorce documents to require jurisdiction to remain in the Supreme Court. This office can discuss with you the merits of bringing the application in either court, since there are differences in each, and we handle cases in both forums. For example, if there are issues besides just the maintenance violation, such as a request to modify portions of the custody and parenting time order, this can be done in one case in the Supreme Court. The Family Court, on the other hand, separates the cases and will not handle both a maintenance issue and custody issue as part of the same case. The Supreme Court usually requires more paperwork, while the Family Court tends to be a more streamlined process. There are exceptions and differences in every particular case, but we can use our experience to help guide when there are selections to be made such as which court to use. Darren is familiar with the statutes and cases regarding maintenance and spousal support violations, so he is able to give meaningful advice and effective representation.

The process to start the case in the Supreme Court is usually by a motion called an Order to Show Cause. An Order to Show Cause begins with the signing of the order pages by a Judge. The order directs the opposing party to appear in court in order to show cause as to why an order should not be issued punishing the party for failing to pay the maintenance or other requested relief. The client must sign an affidavit outlining the reasons for making the motion and what the clients would like the court to do. The affidavit is placed after the order pages. In most cases, an affirmation from the attorney containing legal arguments and reasoning to support their client’s position is placed after the affidavit from the client. Exhibits are then attached after the attorney’s affirmation to support the motion. When opposition papers are submitted by the other side of the case, a reply may be filed and served by the moving party. A Sur-reply from the opposing party is sometimes allowed, but Sur-replies might not be permitted, as it is considered an exception rather than the rule. Darren M. Shapiro, Esq. fights hard to protect the interest of his clients and applies the law to best advocate for them. Darren is often successful in resolving maintenance and spousal support issues without the necessity of a trial. He is an experienced litigator, and prepared, however, to try his cases if necessary.

In most cases, Family Court is chosen as the choice of venue because there is less paperwork. If there is a petition detailing a violation, it is submitted and signed by the client and their attorney. Once submitted, the court issues a summons requiring the respondent to appear in court. If the support order has not been paid, the presumption will be will be that there is a willful violation. If a violation is presumed the burden of proof shifts to the other side to prove that the violation was not willfully committed. Again, our office will guide you and remain available so you understand the process.

During the same proceeding, at times, cross-motions can be presented to request a downward modification or to vacate the order. Usually, support violations are settled by an agreement made by both parties with the court’s approval. In some cases, an agreement is not reached and the case must go to a hearing. If a hearing is required, Mr. Shapiro will work diligently to argue the case in court to properly present our client’s best interest.

If a payor is found guilty of violating the support order, the court may issue a money judgment for the unpaid amount, along with other remedies such as an income deduction order or suspension of drivers and professional licenses. The court may also incarcerate the payor for up to six months for willful violations. Support violations are a serious matter. I is highly recommended that you obtain experienced legal representation, now matter which side of the issue you find yourself. Take advantage of our free half hour consultation. It would be our pleasure to speak with you.