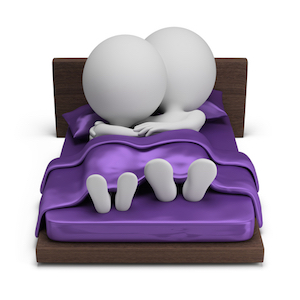 Perhaps the most common issues that Mr. Darren M. Shapiro, Esq. helps his clients to manage from his office in Nassau County, have to do with matters of divorce. As a sensitive aspect of family law, divorce has many complicated aspects to consider - from issues like child custody, child support, equitable distribution, to matters such as maintenance (alimony). Understanding how to navigate these concepts requires an in-depth knowledge of the law that can only be accessed with the help of a professional like Mr. Darren Shapiro.

Recently, in September of 2015, revisions to the maintenance or alimony laws of New York were passed, due to become effective for provisions of temporary maintenance on the 25th of October, 2015. For permanent or durational maintenance, the adaptations made to the laws will go into effect by the end of January 2016. When dealing with matters of maintenance, it can be difficult to understand why one person may be eligible for a certain amount of money. Often, the issue of maintenance itself can lead to arguments between soon to be (usually hopefully sooner than later) ex-spouses - particularly when one spouse feels as though there is a suitable reason why he or she should not have to pay alimony.

One of the things that clients often feel unsure about when approaching maintenance, is whether the payments should continue if the former spouse is living with a new romantic partner. Mr. Shapiro informs his clients, there is a law about this situation contained within section 248 of the New York Domestic Relations law - a matter that also encountered some changes during the previous update to the New York maintenance law. Fortunately, the majority of that section of the law remains the same, although the language has been adapted to reflect the modern times we live in, and be more gender neutral.

The old law, which will currently be in place for cases filed prior to the 23rd of January 2016, suggests that the court must terminate support payments to a wife when she chooses to be remarry. Importantly, it is not indicated that there should be any change to child support. Obviously, in light of our modern times of equal rights and same sex marriage, the obsolete language is evident in the use of the terms husband and wife, and the legislature changed the law for those titles to "payor" and payee". This adaptation intends to recognize that either spouse may be required to pay maintenance. The old and current law continues to say that the husband may make a motion for termination of support so long as he can prove the wife is living with another man, and acting as that man's wife - even if they aren't actually married, and the court may choose to grant this motion. Once again, the updated version of the law updates the terms to "payor", "spouse", and "payee". This is reflective of the fact that same-sex couples are now permitted to marry and the spouse required to pay may be a woman or a man.

By a properly made written agreement, whether in a settlement agreement, pre-nuptial, post-nuptial, or stipulation of settlement, both parties involved within the divorce are able to alter the default law as it is written within DRL 248. As Mr. Shapiro reminds his clients, careful agreement drafting is crucial for a party to have the correct effect, as simply using the term "cohabitating" has been regarded too vague in the past, according to the highest court in New York, the New York Court of Appeals. The court pointed out that cohabitation could refer to all manner of things - from an intimate sexual relationship, to an agreement based on two people living together and sharing their economic expenses. For instance, an agreement could spell out that if someone has been living with a member of the opposite sex for more than sixty days, this should be deemed a circumstance wherein maintenance is terminated. On the other hand, the agreement may indicate that an ex-spouse living with an intimate partner for longer than three months should provide a circumstance that allows for maintenance termination. In cases wherein the word "intimate" is used, the language may need to flush out what is meant by intimate.

Importantly, it's worth recognizing that the default law in place at this time, absent an agreement that allows for the contrary, contains two crucial elements. First of all, a couple must be living together habitually - holding themselves as husband and wife. In the past, simply living with another person alone has been regarded as not enough by the New York courts. As Mr. Shapiro tell his clients, the ex-spouse or payee spouse must also hold themselves out as being married to the new partner according to the statute and case law. The element involving "habitually" living together can be defined in different ways, and courts may ask whether the live-in person in question was more than simply a roommate or housemate. When it comes to holding themselves out as "married", statements from a spouse that she regards herself to be her new boyfriend's wife could be deemed as significant. Importantly, simply living with someone for a number of years and getting involved with their family, without giving an impression of marriage, has been regarded as not enough, in and of itself, by the New York Courts.

Mr. Darren Shapiro always recommends his clients take the careful drafting of agreements incredibly seriously, as proper drafting can eliminate future debates about whether maintenance should be permitted to continue. Also, creative solutions that discourage people from avoiding new relationships may also be a good, somewhat creative idea. For instance, a provision that indicates maintenance should be reduced, rather than terminated after the spouse has lived with a new partner for a certain amount of time could be a fair solution that allows both ex-spouses to move on with their lives openly.

Mr. Darren M. Shapiro knows that each situation is different, and encourages individuals in need of guidance to reach out to him for extra help. If you are interested in getting in touch with Mr. Shapiro, or utilizing his divorce and family-law related skills, please schedule your free initial appointment (thirty minutes long) at your earliest convenience. You can access an appointment in office, or otherwise, and begin discussing your case as quickly as you like. It would be our pleasure to discuss it with you.