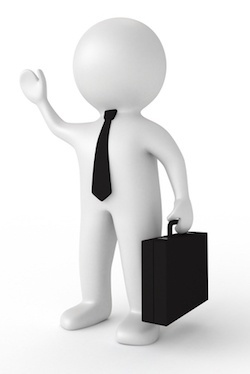 As a local of Long Island himself, Mr. Darren M. Shapiro opened his Nassau County legal office as a way of offering affordable and effective expertise to people across both Suffolk, and Nassau County, Queens, New York City and the surrounding areas. When he began practicing law in 1999, following his admittance to the New York State Bar, Mr. Shapiro worked as an associate at different firms and made appearances in various court rooms across Long Island, building his experience in the area and establishing an in-depth understanding of the practices that are imposed throughout the family and supreme courts of the various counties. Today, this experience has made him invaluable to families seeking guidance to deal with the numerous complications generally associated with divorce, and family law.

Long Island is located just off the north-eastern coast of the United States, and is defined as a region within the state of New York. Stretching from the New York Harbor into the Atlantic Ocean, Long Island comprises of four counties, including Kings, and Queens - which form the borders of Brooklyn and Queens in New York, as well as Nassau and Suffolk county to the rest. Many people in the New York area - even those who live in Brooklyn and Queens generally use the term "Long Island" to refer exclusively to the Nassau and Suffolk County areas exclusively. With a population estimated by the census as being somewhere in the region of 7,804,968 people as of 2014, Long Island makes up around 40% of New York State's population, and is the most populated Island in any U.S. territory or state. It's also the 18th most populous island in the world, according to Wikipedia.com.

With so many people and families living together in one area, it only makes sense that Long Island would be susceptible to the emotional, and often highly distressing issues of child custody disagreements, divorce, and other matrimonial disputes. In fact, during his time as a New York and Long Island attorney, certified mediator, and collaborative lawyer, Mr. Darren Shapiro has worked alongside numerous Long Island families dealing with the complexities of parenting time, equitable distribution, custody, and more.

A number of years ago, Mr. Darren M. Shapiro opened his own office to assist the people of Long Island, from a location found conveniently in Nassau County, just off the Jericho Turnpike. To find the office, clients need to simply take exit 34 from the Northern State Parkway, or use Exit 40 from the Long Island Expressway. From this building, Mr. Shapiro and his firm handles numerous mediations and family law cases. As his years working within the legal system of Long Island has allowed Mr. Shapiro experience of dealing with both Suffolk County and Nassau County courtrooms, he will be equipped to handle cases regardless of where they are referred. His familiarities with both the Suffolk county supreme and family courts, as well as the Nassau county supreme and family courts means that he can offer plenty of useful information to his clients ahead of their court date. What's more, he can offer advice and guidance as to which court locations may be best for certain cases, and which routes are available to clients dealing with certain circumstances.

Locations of the Nassau County and Suffolk County Courts

The details of your case will determine whether you go to the family or supreme court to have your issue heard. The Supreme court most commonly deals with matters such as post-judgment divorce cases, divorces, and separations (if a judgment of separation is sought instead of a separation agreement). In Nassau County, this court can be found at 400 County Seat Drive Mineola, New York, 11501. Alternatively, the Suffolk County Supreme court is located in two different areas. The first option is at 400 Carleton Avenue, in Central Islip New York (11772), while the second is at 235 Griffing Avenue Riverhead, New York (11901).

The family court, on the other hand, deals with issues of child custody and visitation, parenting time, child support, family offense proceedings, issues of paternity, adoptions, juvenile delinquency, and spousal support. The Nassau county family court can be found at 1200 Old Country Road in Westbury, New York, 11590. On the other hand, the family court in Suffolk county has two different locations. The first can be found in the same building as the 400 Carleton Avenue Supreme court, whereas the second is located at 889. E. Main Street, in Riverhead, New York, 11901.

His friendly skills and highly-honed nature make representation for Long-Island residents by Mr. Shapiro highly agreeable. No matter the circumstances of your case, Darren Shapiro will work diligently to resolve your issue with as little frustration or discomfort as possible. What's more, his representation is provided at a reasonable rate, regardless of whether you choose to pursue his services as a family attorney, collaborative lawyer, or mediator. If you need help with understanding the progression of your case according to the laws of Long Island and New York, Mr. Shapiro will be able to provide you with information about the different venues, courts, and proceedings that are available to you.

In some circumstances, having access to this information throughout the process of a long and often upsetting family law case can make the concept a lot easier to handle. Mr. Shapiro will work to protect your best interests no matter where your case ends up, and remain vigilant in his search to find an agreeable way to settle your case in a way that benefits you.

For more information about family law, divorce, and other legal issues within Long Island and New York, please feel free to browse through our various blog posts and website pages. If you are interested in using Mr. Shapiro as your own Long Island family attorney, mediator, or collaborative lawyer, please get in touch with us at your earliest convenience.