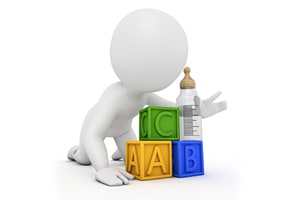 As a child custody lawyer in Long Island, Mr. Darren M. Shapiro has dealt with a number of cases that have allowed him to explore the complicated intricacies that surround family law and the best interests' standard. Mr. Shapiro is a highly-experienced attorney with a background in everything from child support, orders of protection, parenting time, visitation standards, and divorce. Over the years, he has witnessed the laws and regulations regarding child custody evolve and change to meet current social and ethical standards. Today, thanks to developments over recent years, New York has seen new family dynamics emerge as a result of the fact that the concept of what is classified as a parent can now extend far beyond typical biological fathers and mothers. Indeed, New York no longer limits legal custody to adoptive or biological parents, though it sets a very significant standard for who can apply for custody.

Mr. Darren M. Shapiro has worked as a child custody attorney ever since he opened his own practice in 2005. He started practice law in January 1999. As such, he has seen and dealt with a number of unusual, and interesting cases. Very recently, during March 2017, a judge within Suffolk County (not one of Mr. Shapiro’s cases) chose to grant the custody of a child to three people. The courts granted the agreement of a "tri-custody" arrangement to the two biological parents, as well as a third non-biological and non-adoptive parent who had been involved in a relationship with each parent, and had also helped to raise the child in question. In this case argued by the child custody lawyers, and the laws surrounding custody, the child in question recognized the third individual as a parent.

As an experienced child custody lawyer, Mr. Darren M. Shapiro can assist clients from all backgrounds across Long Island and beyond when it comes to dealing with issues regarding parenting time, visitation, adoption, and custody in general. This latest evolution in the world of child custody has meant that Mr. Shapiro, much like other child custody attorneys, will be seeing a new selection of potential cases emerge in the future. As with any other case handled by an experienced child custody lawyer and divorce attorney like Mr. Shapiro, it will be the best interests' standard that is addressed when making decisions regarding the future of a child.

Under section 70 of the Domestic Relations law for New York, either parent for a child may request the court to determine who has legal custody over the child. The law dictates that neither parent with biological relations to the child will have something known as a "prima facie" right when it comes to the custody of the child. Rather, in the case of a child custody matter, when a dispute arises between parents, the court will be required to make legal decisions according to the best interests' standard. Indeed, the Domestic Relations law of New York doesn't offer a precise definition for what this term should mean, but it notes that it includes a consideration of what will best support the happiness and welfare of the child.

As a divorce lawyer and child custody attorney Mr. Shapiro frequently reminds his clients, a determination of what can be defined as within the best interests of a child will depend significantly on the facts that are introduced in any specific case. However, until recently, New York laws have made it very clear who should be permitted to assert a claim for custody. In the case of Obergefell v. Hodges in 2015, the U.S. Supreme Court ruled that state laws that dictated that marriage was restricted to one man and one women - an outline that excluded any same-sex couples are unconstitutional. However, many states had already recognized the legality of same-sex marriages, but Obergefell had extended the recognition to the entire nation, which forced an expanded recognition for "non-traditional" standards of parenting. Last year, the highest court in New York the Court of Appeals ruled in BSB v. EACC that the partner of any biological parent for the child, who did not maintain a biological or adoptive relationship with the child could still maintain some standing under section 70. The ruling overturned the previous law that standing under this section could only be given to biological parents, and the overruling was conducted based on recently delineated standards for legal principles for legal standards. In the case of DM v MM, the parties are a formerly-married couple of opposite sexes, who were involved in a relationship of a polyamorous nature with a woman known as AG. During 2007, the woman gave birth to the child, who MM was the father too. All adults raised the child together, and lived together for over a year, until AG and DM moved out with the child. However, AG and MM agreed to joint custody, something that child custody lawyers like Mr. Shapiro deal with quite regularly. DM and MM were divorced, but DM sought legal custody over the child as well.

Mr. Darren M. Shapiro has helped various individuals understand the complexities of family law and divorce as a child custody attorney and divorce lawyer for nearly two decades. Under the law of New York that was in place before 2016, DM may have had no standing under section 70, as neither an adoptive parent or biological parent of the child. However, the court found that legal custody between all three people would be in the best interests of the child, as the child recognizes both DM, and AG as their mother.

If you would like assistance with a case regarding child custody, please contact our principal, Mr. Darren M. Shapiro at your earliest convenience. You can get in touch online, or via phone call to (516) 333-6555 to schedule your confidential and free half-hour appointment.