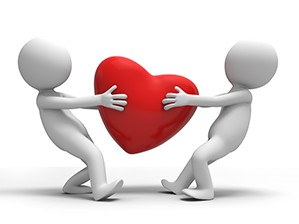 There are a number of complexities surrounding the various laws and regulations in place within New York today. When considering law, it's important to recognize that not only the standard aspects of law need to be established, but also the additional laws that may surround unique circumstances and specific religious cultures. For instance, New York has an extensive history surrounding its concentrated population of Jewish citizens, who avidly observe Jewish law. As a practicing collaborative attorney, trained mediator, and litigator with extensive experience working through New York, and Long Island, Mr. Darren M. Shapiro might find himself dealing with considerations of Jewish law in a variety of family-related cases and divorce-based issues. For instance, observant Jews within New York who want to undergo a divorce may either effectuate a divorce that addresses both New York state law, and Jewish law - or they can simply choose not to marry with a consideration of secular law - removing the need to evaluate how both systems intersect.

Jewish individuals who choose to address both religious and secular law in the pursuit of a divorce may place themselves within a more difficult position. The orthodox community in New York attempts to ensure traditional Jewish values are upheld as part of typical divorce proceedings by using prenuptial agreements signed by both parties. This allows for determinations to be made by the Beth Din of America - the largest rabbinical court of the United States.

When addressing the various complications associated with Jewish law in the state of New York, Mr. Darren M. Shapiro may draw attention to relevant cases. For instance, in the 1983 case regarding Avitzur v Avitzur, a court in New York were required to consider the enforceability surrounding the "Ketubah" entered as part of the marriage ceremony. The Ketubah is intended to show the groom's intent to provide for the wife and cherish her, as well as the willingness of the wife to carry out her obligations in the relationship according to Jewish law. The couple both agreed to recognize the Beth Din of the Rabbinical Assembly, and allowed for a Jewish seminary to be given authority, counsel them, and impose compensation following the end of the relationship as it saw fit - according to whether or not they failed to respond appropriately to their decision.

In 1978, the husband was granted a divorce based on the grounds of inhumane and cruel treatment. However, the wife was not considered to be divorced and able to remarry under Jewish law, until a Jewish divorce decree was granted - known as a "Get". For the "Get" to be issued, the couple was required to appear before a rabbinical tribunal, and the wife attempted to bring the defendant before the tribunal under the consideration of the Ketubah - which recognized the authority of the tribunal in counseling the couple. However, the husband refused to face the counsel so that the plaintiff was unable to get a divorce. As a result, the plaintiff was forced to sue in civil court in an attempt to enforce the agreement based on the fact that the Ketubah was a marital contract breached by the defendant when he refused to face the tribunal. The wife sought to compel the performance of the husband according to the contract, and thought he husband moved to dismiss, his motion was denied.

In the case addressed above, an appellate division found that the contract was a liturgical agreement, or religious covenant - and therefore not within the jurisdiction of civil courts. However, the New York Court of appeals suggested that public policy surrounding the case did not prevent the court from enforcing the more secular parts of the agreement. Indeed, the appeals court found that the agreement allowed for the matter of the religious divorce to be referred to a nonjudicial forum, and the contractual agreement could be seen as analogous to an ante nuptial, or prenuptial agreement. The Appeals court reasoned that a duly executed ante nuptial agreement wherein the parties agree to a particular resolution of their disputes would therefore be enforceable and valid.

The main concern of the court in the above case, as Mr. Shapiro would explain to his clients, is whether or not the enforcement of the agreement violated public policy or law in New York. The husband suggested that enforcing the Ketubah would violate the constitutional right he had to prevent the court from intervening in matters of religious doctrine, and the courts agreed that such controversies couldn't be resolved in a manner that allowed them to make determinations of religious doctrines. However, the fact that the agreement was entered as part of a religious ceremony didn't make it unenforceable. The plaintiff therefore asked the court to compel the defendant to go before the religious tribunal as he had promised. Since there was no religious duty or doctrinal issue involved, the court agreed that it could compel the defendant to go before the religious tribunal. In other words, the plaintiff was able to receive the relief she sought.

In future cases, such as the 2010 divorce issue between Schwartz v Schwartz, the court has continued to draw attention to the principles underlined in Avitzur, and explains that a husband can be held in contempt of court for failing to comply with earlier agreements to go before the Beth Din, so that a wife may obtain a Get. The New York court, therefore, still can have a part to play in ensuring that justice is served, when religious matters are on the table in the case of Jewish divorces, and other faith-based divorce issues.

If you are attempting to enforce marital agreements involving Jewish law, or any other laws during a divorce procedure, you can seek help from the experienced, compassionate, and friendly law attorney and mediator, Mr. Darren Shapiro, by contacting his law and mediation office via our online form, or at (516) 333-6555.