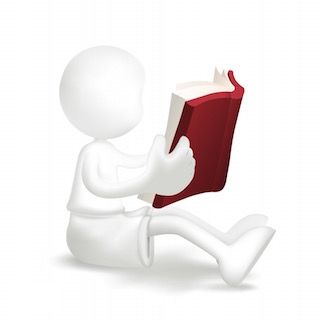 Jericho is a census-designated place and hamlet located within New York, Nassau County, on the Northern shore of Long Island. According to Wikipedia.com, since the 2010 census for the United States was recorded, the estimated population was at approximately 13,567. As an attorney, trained mediator, family law lawyer, and collaborative law attorney who works with cases across Long Island and the New York City area, Mr. Darren M. Shapiro, Esq. has had his fair share of experience dealing with cases situated in Jericho and the surrounding areas. The sense of familiarity he has grown to develop with the courts of the area can be particularly useful to his clients in child custody cases - wherein emotions are often running high, and parents are struggling with the stresses of managing changes in their family situation.

Because Mr. Shapiro understands the sensitivity involved in dealing with cases of child custody and visitation, he endeavors to explain the nuances of the legal procedure with each client he works with, helping to move them through the legal procedure with as much care and consideration as possible. According to the census from the year 2000, Jericho was made up of 4,545 households, out of which approximately 38.6% of children under the age of 18 living with parents. What's more, the average family size was 3.08. According to city-data.com, 4.5% of the couples within Jericho are currently divorced - and when divorce takes place in a family that has children, there are often a number of complex decisions to be made.

Each case regarding child custody is likely to be different, as no two families or circumstances are entirely alike. However, Mr. Shapiro often does his best to educate his clients before they step into the Nassau County Supreme or Family Court that Jericho residents would often use. For instance, in some cases, the court may decide to hold a meeting with the children in question known as an "in-camera" interview. Often, these interviews are conducted barring the presence of lawyers and parents, meaning that only the children, the lawyer for the children, and the judge or reporter for the court will be present.

Whether these meetings are to take place or otherwise, Mr. Shapiro typically recommends that the parents involved in the case do not speak to a child about the details of a case. It might be better off to leave such conversations to professionals who have both the training and experience required to explain the process to the child(ren) involved. Although lawyers like Mr. Shapiro can help clients to maneuver through the more difficult parts of child custody cases, and are permitted to send suggested questions to the Judge - it is the judge him or herself that will make the decision of what should be spoken about "in-camera". If the Judge, or anyone else finds that the children have been speaking to the parents about their impending interview, this could have a negative impact on the case, as it may be assumed that the parent was trying to school the child as to what they should say.

In child custody cases, it is of extra importance to ensure that the clients work with Mr. Shapiro at collecting all of the information that is needed to present their case. Because of this, Mr. Shapiro will work with residents of Jericho, Nassau County, Long Island and beyond, to ensure the client parent or party in question has all of the information that they need to put their best foot forward during a case hearing.

No legal matter concerning children is ever easy, and parents often find themselves worrying about the repercussions that a divorce or separation may have on their young ones. In these circumstances, Darren Shapiro often reminds his clients that though certain studies suggest that children experience better growth when both parents are involved in making decisions for them, co-parenting can still exist in divorced families. What's more, data provided by various studies has shown that conflict is far more detrimental to the well-being of a child, than the absence of one or more parental figure.

In any case of child custody, whether located in Jericho or otherwise, it's important to remember that no parent should use insulting terms to speak about the other parent in front of the child or children involved. The court expects parents to act in a civil manner towards one another, and although it can be difficult to remain calm in a situation regarding children, Mr. Shapiro encourages his clients to keep a level head if they want to achieve the best possible outcomes for their case.

However, it's also worth noting that some custody battles are not as damaging and others, and when certain couples simply decide that they mutually need to go their own separate ways, determinations about custody can be made through a joint custody agreement. Although joint custody may not be a viable option for all couples, it can be incredibly helpful in certain situations. Joint custody doesn't typically refer to where the children in question primarily live, but instead refers to the fact that both parents involved will be given equal power in regards to decision making for that child's future and welfare.

It's important to note that in any hearing of child custody, a judge will always be expected to render their decision regarding the case according to their understanding of what would be in the best interests of the child. Although matters regarding family law - particularly those to do with children - can be incredibly emotional, Mr. Darren Shapiro consistently uses his knowledge and experience to help clients move through cases as painlessly as possible. If you would like to discuss the nuances of child custody cases in Jericho with Mr. Shapiro, please feel free to contact us and arrange your initial free half-hour consultation. We look forward to speaking with you.

Jericho Child Custody Lawyer Jericho, Nassau County Divorce Mediators
Contact Us Now
Practice Areas
Videos
Collaborative Law
Watch more videos
Client Reviews
★★★★★
"Darren Shapiro did an outstanding job with case he was hired for. His price was reasonable and his actions were effective in this case. I would hire this Lawyer again and highly recommend his services." Anonymous
★★★★★
“Darren was excellent in court and able to negotiate a fair settlement in my Child support case.” Anonymous
★★★★★
“Hands down, he is the best att'y I have ever dealt with. He is thorough, objective, and above all, extremely dedicated.” Anonymous
View More
Submit a Law Firm Client Review