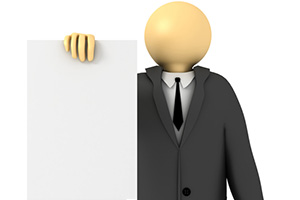 During his extensive experience as a trained mediator, litigator and collaborative lawyer, Mr. Darren M. Shapiro has found himself with the opportunity to address a wide range of different cases, involving people and circumstances from a vast collection of backgrounds. His time dealing with these cases has given Mr. Shapiro the ability to uncover useful information about the different laws used in different cultures and religions. For instance, under Islamic law, marriage is regularly defined as a civil contract - one which both spouses must have the legal ability to agree to in order for an enforceable marriage to take place. Traditionally, Muslin marriage contracts will include a provision referred to as "mahr", and the "mahr" is automatically classed as the wife's property under Islamic law – separate property distinct from joint marital property. The purpose of this "mahr", as Mr. Shapiro has learned, is that it offers financial assistance to a wife following the dissolution of a marriage. The provision also is supposed to also exist so that a husband will be discouraged from exercising his right to repudiate the marriage.

In the circumstances of Islamic law, the parties involved in the relationship will customarily discuss the amount of mahr that will be offered, before they enter into the contract of a marriage. However, it's worth noting that according to some analysis’s the "mahr" might not be seen as a prenuptial agreement - rather, it is seen as a gift given at the dissolution of the marriage, or the death of the husband. In spite of this preference to regard the mahr as a gift, most New York courts, including those that Mr. Shapiro has worked with in the past, prefer to interpret the mahr as a kind of prenuptial agreement rather than just a simple contract. If approached as a simple contract, the mahr, and other marital agreements can be enforced despite not meeting certain formalities required for marital agreements under the New York Domestic Relations Law. However, in New York it is also required for prenuptial agreements to be signed and agreed in writing, with certain formalities, before the marriage. While there is no obligation here for any financial disclosures to be made - if they are made, they must be true to the best understanding of those making them.

The decision of whether to enforce a marriage agreement relating to an Islamic couple married in the presence of an Imam depends largely on the requirements surrounding any other prenuptial agreements placed into action by the couple within the courts of New York. Different cases analyze the situation differently and a case known as OY v AG dealt with this subject matter. In that case a plaintiff asked for an order to be given against the defendant in connection with an Egyptian marriage contract. The contract required a mahr to be paid if the parties were divorced, or the husband died, an amount in this case, of $131.00. The husband argued that the parties bound themselves within the contract they entered when they were married under Islamic law in Egypt, and he submitted the necessary materials to prove that the agreement reflected legal requirements thanks to being written and signed by both parties. In this case, the court explained that the contract would be seen as an enforcement document under the laws of New York State, even though it was executed according to Islamic law.

Often, in cases that Mr. Shapiro has dealt with regarding Islamic law and mahr agreements, the court will refer to other, similar cases in explaining their determination of what should be deemed the appropriate action regarding the couple involved, and any contracts or agreements that they may have entered into. In the case mentioned above, the court brought attention to an additional case wherein a mahr agreement was signed and executed in the state of New York, while under Islamic law under the supervision of an Imam. In the case mentioned, the wife, when divorcing her partner - sought out payment of the agreed mahr, and the court found that the parties had taken part in creating an enforceable and legal contract that satisfied the requirements established to ensure that the mahr should be paid at the end of the legal relationship. Additionally - the court also drew attention to a different case, in which a ceremony was performed in New Jersey, in front of an Imam. In that case, those signatures were witnessed, and the videotape showed parties reading and signing the mahr voluntarily, the mahr could not be enforced because it took place after the marriage, and did not therefore apply as a prenuptial agreement under the law of New Jersey.

In the case concerning OY v AG, the court noted that the husband had not confirmed that the mahr could actually be enforced under the laws and regulations of New York. In this particular case, the mahr was also not signed by the plaintiff, but was instead signed by her uncle as proxy. The court explained that if this was consistent with the Egyptian civil law, wherein the mahr agreement took place, or Islamic law - even though the wife's uncle signed it, rather than her, the defendant would need to provide proof to show that. Similarly, citing an additional case, the court explained that a mahr can only be deemed as enforceable if it is properly authenticated under the laws of New York. In this particular case, the amount related to a very small benefit of only $131. Because of this, the court found no valid reason to expend effort and time attempting to prove the validity of the mahr, as well as whether or not it would be considered enforceable in New York.

Despite the outcome of this case, it's important to ensure you're fully aware of the laws in your state if you want to pursue your best interests during a divorce case, or any other case associated with family law. Those attempting to enforce a marital agreement during divorce proceedings within New York, may benefit by seeking the friendly and expert advice of Darren M. Shapiro, either via our online form, or at (516) 333-6555.