Is Court-Ordered Child Support Affected by a Parent's Remarriage? 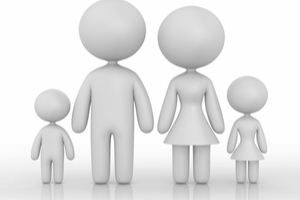 The process of couples splitting up or divorce is rarely as smooth as simple as most couples would like. When a couple that has a child or children decides to live apart or to bring an end to their marriage in New York, it's up to the courts to decide on several crucial factors, including where children should live following the divorce, and how child support or maintenance should be distributed amongst both parties. As a child support lawyer, child custody attorney and divorce lawyer in New York and Long Island, Mr. Shapiro frequently deals with issues regarding child support in divorce cases. If the matter of support is addressed by a family court, then the legal entities involved within the case will examine the New York Family Court Act, in which section 413 highlights the elements that must be considered when ordering child support. Although there is some discretion in applying the formula for awarding child support, courts must examine things like the number of children involved and the parental income for each party.

After assessing all of the elements in play, most courts will focus on making a determination surrounding child support that should remain in effect until the court is asked to reconsider the order by one of the parents. Usually, courts will make changes to orders for child support in New York, based on a "significant" change in circumstances. For example, if one of the parents involved loses their job, then that parent may need to petition the court to adjust their child support payments accordingly. One question that Mr. Shapiro frequently deals with as a child support and child custody lawyer and divorce attorney is whether a new spouse for a remarried parent should be considered when it comes to addressing income, and calculating support payments as a result.

As a child support lawyer and custody attorney, Mr. Shapiro works with his clients not just to determine things like visitation and custody rights, but also how support should be given on the behalf of the child. The standard rule in New York when it comes to remarriage is that step-parents should not have any obligation to support stepchildren. However, as Mr. Shapiro frequently reminds his clients during these cases, there can be circumstances in which the income of a stepparent becomes relevant to a determination of child support. One of the examples Darren Shapiro uses to address this situation is as follows:

Imagine two parents have two children and get divorced, with parent A receiving custody over the children, and parent B providing child support. If parent B then remarries, the income of his or her new partner typically wouldn't be considered. However, if Parent B then has children with their new spouse, their income may become relevant, because the needs of the children living with the non-custodial parent from the first marriage will be considered. According to the current statute, these younger children's needs may be used to deviate from the guideline child support amount, but only if the resources available to support the children living with parent B are fewer than the resources available for the children of the previous marriage.

In most circumstances, the New York courts would only be required to consider the children who are subject to the child support order. However, in more recent cases, the courts have started to look at the needs of other children in surrounding circumstances, when they make their decisions about a child support determination. However as previously mentioned the statute only allows for that consideration if the resources to support those children are less than the children that are the subject of the child support case. This is particularly true in cases that involve children who are the product of one parent's remarriage.

Mr. Shapiro's task as a child custody attorney and divorce lawyer is to make sure that clients understand the opportunities and circumstances available to them in their child support case. For instance, he may highlight the fact that a court can impute income into a child support case, or "add" income to the considerations for calculating a party's share of child support. This can be done in accordance with a person's ability to earn, their employment history, their education, or their background. Additionally, income can be imputed according to the income that is received from relatives and friends. This is typically something that is done when someone's account of their finances may not be credible. However, the court will need to specifically outline where the imputed income comes from, and what the dollar amount is specifically for each category.

One important element worth noting is that New York courts are unlikely to consider the income of a new spouse in all cases where there may be children as a result of a new marriage, or expense payments made on the behalf of the support payor. Ultimately, the courts do have the opportunity to consider the income of a new spouse, but they will not choose to do this in every case. As Mr. Shapiro tells his clients, the issue of child support in relation to a remarriage can be complex, particularly when new children are born into the new marriage. If people have questions about the order for child support that they currently have, then they should always seek support from a trained child support lawyer, custody attorney and divorce lawyer.

If you're currently paying or receiving child support as a byproduct of your divorce, and you feel as though a modification is necessary, contact our principal, Mr. Darren M. Shapiro at your earliest convenience. He has experience handling similar cases and can offer his guidance in the form of a conversation, or a thirty-minute free consultation regarding the details of your case. Get in contact today on (516) 333-6555, or use the available online contact form.