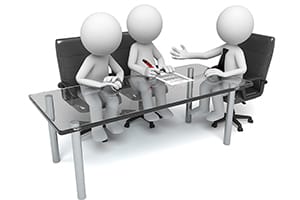 It's safe to say that a New York Divorce is a complicated experience at the best of times. No matter why or how your marriage came to an end, dissolving a long-term relationship is an emotional process for everyone involved. The good news is that there are methods available that can help couples to make their experience of divorce as simple and straightforward as possible. Divorce mediator Darren Shapiro works hand-in-hand with couples from all backgrounds to ensure that they have the best chance of the most stress-free divorce experience possible. For instance, this may even mean helping a couple to work together as they collaborate over and negotiate the more delicate details of a divorce settlement.

While couples in a New York divorce aren't always capable of working amicably together after their relationship has come to an end, those that can negotiate can also experience a number of unique benefits. For instance, when couples agree that to work together on the details of divorce, they can create a separation agreement or a stipulation of settlement - a legal document filed with the family courts of New York. This stipulation or agreement will be drafted by a divorce lawyer like Attorney Darren Shapiro, and it will include essential decisions about the divorce, including who should pay child support and custody, how property might be divided, and more. Additionally, the document will also highlight the elements that are most important to each party. This ensures that if a problem arises at a later date, the parties can refer to the document for guidance on what to do next.

Enforcing a Stipulation of Settlement in New York Courts

Over the years, Attorney Shapiro and/or divorce mediator has worked alongside multiple clients in drafting and submitting Separation Agreements and stipulations of settlement documents to the courts of New York. As he reminds his clients. In order for these documents to be legally binding, they must be written in a very specific way, containing certain language that is relevant to the courts. If a stipulation of settlement isn't correctly written by a divorce attorney, then the points that a party thought they had already settled might not be agreed in the eyes of the court.

If a stipulation of settlement is properly written and covers all the issues required in a divorce document, then the agreement will be made binding so long as the courts approve it. The paper must be implemented into the divorce proceedings for it to count as a legal and binding document. In the case of New York law, this is still true even in circumstances in which the document isn't merged with the judgment of the divorce (which is usually the case, that it is incorporated, but not merge). The stipulation continues binding and can be used by the judge in a New York court to determine any of the ancillary issues that haven't fully been covered by the document itself.

Vague Wording in Stipulations of Settlement

As a lawyer working among the courts of New York and Long Island for almost two decades, Darren Shapiro has seen multiple cases involving stipulation of settlement documents. As he reminds his clients, if an issue is not covered by the stipulation of settlement that is issued to the court, then it will usually be subject to the determination of the judge. In other words, the judge will be able to make their own decisions regarding the issue without the input of the ex-spouses. For instance, in a relevant case, the parties involved entered a stipulation of settlement that stated the bank accounts in the relationship had been split to the satisfaction of the parties. The document also outlined that the parties were comfortable with cutting the cost of future education expenses for their children 50/50.

In the instance of the case mentioned above, when the time came to pay for the college fees of one child, the wife in this situation tried to use the funds that were already in her child's 529 plan. The wife was technically the owner of this plan, but it was also set up during the marriage, to help pay for her share of the child's college fund. However, the court rejected the interpretation made by the wife and said that the 529 account wasn't a "bank account" as outlined in the document. This meant that the court believed the account had not been mentioned in the stipulation of settlement. Ultimately, the courts decided that the wife would need to apply all of the funds available in the 529 account to pay for the child's college education before the remaining balance was split 50/50 between her and the former husband.

As the case above shows, the wrong wording in a stipulation of settlement can make a massive difference to a person's financial future. Vague phrases can even have a significant impact on other parts of the divorce procedure, including visitation rights, custody agreements and more. This is why it's so important for couples to make sure that they have the support of a divorce lawyer like Mr Shapiro who has experience drafting these documents with the wording they require.

If you're currently going through a divorce or separation agreement, speak to the experts at the Law and Mediation Office of Attorney Darren M. Shapiro. Mr. Shapiro has multiple years of experience dealing with all elements of family law, including the drafting of Separation Agreements and Stipulations of Settlement for New York divorces. To discuss your case in detail, call (516) 333-6555 and schedule your free initial consultation of up to a half hour.