Knowing When to File and Serve Divorce Papers Immediately 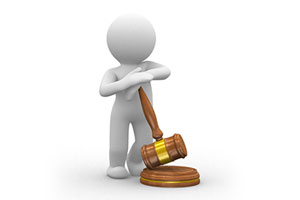 There are many different ways to approach a divorce in New York or Long Island.

Sometimes, people who aren't sure whether they're ready to go through with their divorce yet find that it's easier, to begin with a separation agreement. These agreements give couples a chance to address the concerns they have about life after divorce and come to terms on things like maintenance (spousal support), equitable distribution and more. Separation agreements also come with other advantages if you plan on going through with your divorce in full.

However, separation agreements aren't always the right way forward. After a consultation with a divorce attorney like Darren Shapiro, some clients will decide that their best solution is to simply go ahead and file for divorce straight away.

There are many circumstances in which an individual or couple might decide that bypassing a separation agreement is the best solution for them. Remember, marriages can end for a multitude of different reasons. While some partnerships end in an amicable way, others break down over time, making it difficult for partners to maintain any kind of relationship by the time they decide to progress with a divorce. There are times when couples may want to separate without having to sit down and negotiate over an agreement.

As both a divorce attorney and a divorce mediator, Darren Shapiro frequently deals with a variety of cases regarding divorce. One reason his clients may decide to go ahead with their divorce without a separation agreement first is if their biggest issue to address focuses on the concept of child support or child custody and the couple is not in agreement on the issues. In this case, the needs of children are always subject to the approval of the court. Even if a couple were to come together and discuss the basics of their child support and custody requirements, the court will ultimately need to determine that the negotiated agreement is in the best interests of the children, but in most instances a properly drafted agreement in that regard will be regularly approved.

Another reason that couples get divorced without first investing in a separation agreement can come down to financials. Filing a divorce often acts as a cut-off- date for defining marital assets. In other words, the amount you earn after a divorce filing, in things like lottery winnings, income and pensions will be separate and belong to you alone. The filing date of a divorce is also sometimes used as the valuation date for many assets like bank accounts and retirement funds. Passive assets like real estate can be valued at times closer to the date of a trial. When you're a single person after a divorce, you have only your own personal assets to worry about. However, if you’re in the process of just negotiating a separation agreement, then you're still technically married. During that time the assets you earn may still belong to both you and your partner during the separation negotiation.

Divorces can be complicated in any situation. Sometimes, however, Darren Shapiro's clients find that it's possible to come to terms on a divorce faster if they go through the courts, rather than attempting to create a separation agreement first. For example, in a divorce, financial disclosure is a mandatory part of the process. However, in a separation agreement, a partner might try to withhold information to slow the divorce process down. Of course, this can happen in a litigated case as well, but motions can be made to compel production or ultimately precluded a person from testifying about certain issues in which financial disclosure has not been provided.

There's no one-size-fits-all way to approach the end of a marriage. Different people will find that different divorce strategies are right for them. While some will appreciate the peace of mind and flexibility that they get with a separation agreement, other couples will prefer to go ahead with divorce straight away. To find out more about divorces, separation agreements, mediation and more, contact Darren Shapiro's law and mediation office today. You can book an initial consultation for up to 30 minutes free of charge with Mr. Shapiro to discuss your concerns.

To schedule an appointment with Darren Shapiro, either fill in our online form or contact us over the phone.