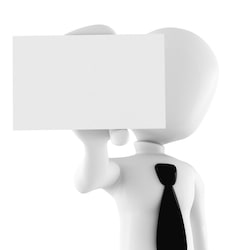 Divorce is a complex emotional journey for everyone involved. When a relationship as significant as marriage comes to an end, both spouses go through a complex transitional period where they need to get used to single life again. One of the things that makes this process more complicated, is the fact that assets, debts, and properties need to be separated before each party can move on with their lives. As an equitable distribution state, New York asks the courts to consider several important factors when determining which assets should be divided between parties, and how those items should be separated.

As a local divorce lawyer, Mr. Darren Shapiro can help clients throughout New York and Long Island deal with many of the complications of equitable distribution. For instance, he can be on hand to draft agreements before a marriage takes place which highlight which assets should belong to whom if a divorce should take place. Additionally, Mr. Shapiro's experience as a mediator and collaborative lawyer means that he can work alongside his clients and other experts to help parties decide how to split assets among themselves. After all, the New York court doesn't automatically have to step in to distribute assets in a divorce case. The courts are only called upon when the parties involved cannot agree on how to separate their assets.

The first thing to know about dividing assets in a divorce is that only marital property will be subject to equitable distribution. "Marital property" is defined by the courts as any property that was acquired during the marriage. Separate property, on the other hand, might have been purchased by one spouse after the marriage came to an end. Usually, the courts will use a common-sense approach to determine whether property belongs to both spouses or one individual. Importantly, property that's purchased in exchange for separate property belonging to one of the spouses is also seen as separate property, unless that property sees an increase in value caused by the contributions or efforts of the other spouse.

"Contributions and Efforts" in Equitable Distribution

The idea that the contributions or efforts of the spouse in a marriage can have an impact on the value of separate property is a concept that has seen much dispute over the years. To explain the issue to clients, Mr. Shapiro often draws attention to a landmark case described by the New York Court of Appeals, which established the framework on how to view claims of effort or contribution. As a divorce lawyer, Mr. Shapiro may work alongside clients to make claims of contributions and efforts in an equitable distribution case. Or, he may be responsible for arguing that the contributions of a spouse shouldn't be enough to transform separate property into a marital asset.

The case Mr. Shapiro references in the discussion of "contributions and efforts" regarding equitable distribution, involves a New York husband and wife. The Husband received a 25% gift of his father's company before he met the wife. Once the couple was married, the husband received another 25% of the company. A while later, the couple entered divorce proceedings, and before the divorce became final, the husband emerged as the sole owner of his father's company. The wife was a nurse before she met the husband, and she quit her job after the marriage to become a full-time mother. During the marriage, the wife sometimes worked as a nurse part-time, but also attended conferences with the husband, and helped him to host events for his company. She asked the court to determine that the increased value of the company constituted a marital asset because her contributions and efforts made a difference to the state of the asset.

The trial court rejected the wife's request, and the wife worked with her divorce attorney to appeal their decision. As Mr. Shapiro explains to clients, the trial court began its analysis of the assets held by the couple by noting that the foundations of equitable distribution assume that a marriage is an "economic partnership". This partnership depends on the respective financial contributions of each partner, as well as the non-remunerated services that each spouse takes part in - such as moral and emotional support. With that in mind, the appeal court determined that when the value of separate property for one party increases due to the contributions of the other spouse, any increase in value should be marital property. The court was careful to create a distinction between an increase in value that occurs regardless of the other spouse's efforts, and an increase that directly correlates with the contributions of the spouse.

If you're currently involved in a New York Divorce, or you're thinking of seeking the assistance of a divorce lawyer to assist with equitable distribution, and other complex elements of the divorce procedure, make sure you speak to a professional as soon as possible. Attorney Darren M. Shapiro is available to clients throughout Long Island and New York. His experience in equitable distribution ensures that he is equipped to handle a range of family law issues, including child custody matters and divorce procedures.

To find out more about how Mr. Shapiro can help you, please feel free to contact our office at your convenience, either via our online contact form, or over the phone at (516) 333-6555.