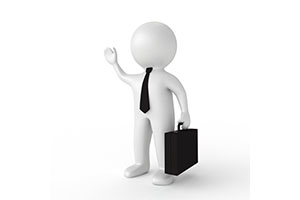 For most adults in New York and Long Island, changing a name isn't a complicated process. You'll often find that you have the right to change your name, without sending notice to anyone, provided that you're not using your name change to escape paying debts that you owe or mislead another person. As long as you can show the court that your change of name won't allow for fraudulent activity, or harm anyone else's rights, then your request should be approved. However, if you decide that you want to change the name of a child as their legal guardian, then the process becomes slightly more complicated. As with all decisions made by the court for a child in New York, the "best interests" standard comes into play when granting name change requests. As a family attorney like Mr Shapiro can tell you, the courts must always take the action that they believe is in the best interests of the child. They can determine which actions are beneficial to a child by considering a number of factors, including the child's current situation, and the situation of the parent asking for a name change.

In one previous case, Mr. Darren Shapiro was responsible for advising a mother who was requesting for the Supreme Court of Nassau County to change a child's surname to include her name. In this case, the mother and father weren't married, although they were once engaged. Because the couple were engaged, the mother was happy to give the father's last name to the child, when the baby was born, because she intended to take the father's last name also when the marriage occurred. However, when the romantic relationship ended, the mother and the son were both left with different last names. Since the mother was the residential custodial parent for the child, she believed that it was important for her son's name to reflect both his father's and her own last name.

In the case above, the father attempted to argue that changing the child's name was not in that child's best interests. He said that the petitioner was attempting to change the name so that she could alienate the child from his father. However, the courts did not agree with this argument. The courts found that the proposed request to change the child's name to a hyphenated version of both parents' last names was in the best interests of the child, as it allowed the youngster to maintain a connection with both of his parents. Permission to change the name was granted to the mother.

The case above is a clear example of how matters can become complicated when a parent attempts to change the name of a child. In a case where a mother and father are no longer together, and a parent attempts to change a child's name, the courts will often require notice of the name change petition to be sent to the other parent, so that they can argue against the request if necessary. However, the courts can choose not to issue this notice if they think that it's necessary. In most cases, the courts will not issue a notice if the other person is deceased, or if a request is made by the petitioning parent because they fear for the safety of themselves, and their child.

Changing a Name without Notifying The Other Parent

As Mr. Shapiro explains to his clients, if a parent attempts to change the name of their child and asks not to give notice to the other parent, then they'll also need to show the courts why notice shouldn't be given. For example, in one case, a mother filed a petition with the courts of New York, asking for permission to change the name of herself, and her children. She requested that a notice not be given to the father of the children, as the father had previously threatened to kill her and had also abused the mother in the past. To support her request, the mother provided evidence of the abuse from the biological father of her daughter that took place over the course of two years. She also showed evidence of death threats from the father, which had caused the family courts to provide a protection order for her and her family.

In the case above, the court granted the mother's request for the right to change her children's names and her own name, without sending a notice to the other parent. The mother was also not required to publish information about her name change or the change of her children's name in a newspaper. The courts will often consider the safety and circumstances of both the children and the petitioner in a name change case to determine whether a petition should follow the standard protocol or not. There are cases where it may be necessary for typical requirements, like the need to publish a name change in a newspaper, can be waived. Courts have the freedom to adapt the name change and petition process if they feel that it is in the best interests of a child, or they believe that following the standard route would put the petitioner in danger.

To find out more about changing names in New York and Long Island, or to discuss any aspect of family law, contact the office of Mr Darren Shapiro today on (516) 333-6555.