How Are College Education Costs Managed in New York Divorce? 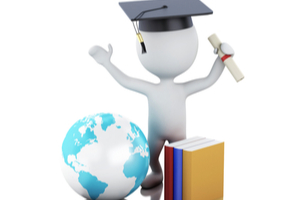 Applying for college can be a worrisome concept at the best of times. Students are desperate to achieve their academic dreams, while parents are keen to support them on their journey. For children of divorce, concerns regarding where to apply, and which courses to take often extend to considerations of who will pay for the expense of rooms, tuition, books, travel, and more. In New York, the legislation surrounding who pays for college costs following divorce is often directed by something known as the "SUNY" cap. The "SUNY" cap is frequently used by the New York courts to address how Parents should split the cost of a child's further education. Of course, like any other concern in child custody and parenting cases, the decision of who should pay for the cost of education is also subject to factors like parental income, and so on.

As a divorce lawyer and child support attorney in New York, Mr. Shapiro has helped countless parents understand the complexity of the SUNY cap, and other concerns surrounding child support. Many parents in New York come to settlements about how college expenses can be paid by themselves, agreeing to split the cost, or pay according to their "pro-rata" share, which considers the combined parental income. However, most parents will prefer to limit their obligations regarding the costs of further education by using the "SUNY" cap. The SUNY cap limits the financial contribution of both parents to the amount it would cost for a child to attend school at a New York state university. Of course, this doesn't mean that the child won't be able to go to a private, or out-of-state university. Rather, it simple ensures that the price the parents pay for the education should be capped at the SUNY rate.

Unfortunately, it's not enough for parents to simply tell their child support lawyer or divorce attorney that they plan to use the SUNY cap. The cap itself is relatively vague, and doesn't address a number of factors that might contribute to the cost of a child's education. Child support lawyers such as Mr. Shapiro often recommend that parents address the specifics of the SUNY cap, and future expenses, to reduce the risk of questions and debates rising in the future. For the SUNY cap to be clear for both parents, each party will need to determine a number of different things, including which cap the SUNY is set by. It's worth remembering that there are dozens of different schools in the SUNY system, some of which feature expenses that are several thousands of dollars more expensive than others. The broader the use of language in the parenting and divorce agreements, the more likely it is that diverse interpretations could lead to legal issues in the future.

Mr. Darren M. Shapiro not only works to help his clients understand the nature of the SUNY cap, but also the issues that should be addressed if the parties plan to use this cap when choosing payment options for their child's future, or impending education. Parents will need to think about the timing of the SUNY cap, as expenses can vary depending on when the child attends college. For instance, the price of an education for a student today, might be very different to the price three or four years from now. Additionally, college expenses frequently extend beyond standard fees for tuition. There are expenses to think about for room, board, books, and other costs. If you want those things to be included, then you'll need to discuss that with a child custody attorney like Mr. Shapiro in detail.

Depending on the nature of your circumstances, the expenses that you're expected to pay for child education support may vary. For instance, if you're planning on including room and board in the cost of the college education for your child, then you could be eligible for "Rohr's" credit, or a reduction from child support payments that takes board and room expenses into account. If a child chooses to live away from the family home during college terms, this doesn't necessarily stand as an emancipating event from the perspective of child support - particularly when the child returns home during school breaks to the custodial parent's residence. However, if your child moves away from home completely, and doesn't return during breaks, this could be seen as enough of an event to facilitate the termination of child support payments to the other parent - though the child may still receive maintenance.

Besides timing, and how your child chooses to attend college, you will also need to think about various forms of financing with a divorce attorney and child custody lawyer like Mr. Shapiro. For instance, you might need to think about how college savings should be used (Such as 529 plans). Many agreements and court orders suggest that savings for the child should be used before a parental obligation is necessary. Additionally, parties will need to address whether any scholarships or grants should be put towards the child education costs, or whether they should offset the payment responsibilities of the parents. Mr. Shapiro will even help you to address your position in relation to student loans, as some parents will be expected to pay for those loans unless it's specified that the child will need to pay for some of their own educational costs.

Finally, whether using the SUNY cap for educational costs or not, it's important for parties within the divorce to understand exactly when the support period should end for their children. A child may attend college for more than four years, or less, depending on the certification they're trying to pursue. While child support typically lasts up to the age of 21, many students are 22 by the time they finish their four-year plan of education. As such, it's important for parents to work with a child custody lawyer to determine how long they will support their children for. A decision to extend child support can only be made via a voluntary agreement, However, once agreements are made, they are binding.

To learn more about the complexities of child support, and paying for educational fees according to child maintenance standards, contact Mr. Darren M. Shapiro today via his online contact form, or over the phone at (516) 333-6555.