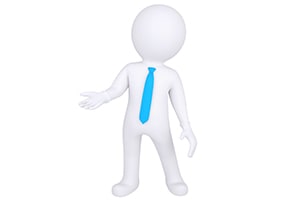 Throughout the years, countless scientists have attempted to understand the probability of a marriage failing. There have been studies into everything from how communication affects a marriage, to how likely it is for a relationship to end based on the age of the people involved or their careers. However, the truth is, while we can examine the potential divorce rates of each city and town individually, it's impossible to predict the potential success of a marriage - no matter how many statistics you have.

In Hicksville, Nassau County for instance, a hamlet within the Oyster Bay area of New York, the census was around 41,547 at the time of the last 2010 census, according to Wikipedia. Wikipedia also found that 63.1% of the people in that census were married couples living together, while another 10.8% was a female householder with no husband president. Looking at the information from city-data.com this year, we can also find that 5.2% of the people in Hicksville are divorced, 55.5% are now married, and 1.4% are separated. Those statistics would suggest that divorce is rarer in Hicksville than it is elsewhere in New York. However, simply living in a certain part of the country won't stop your marriage from falling apart when the relationship is no longer working.

The good news for people in Hicksville and surrounding areas of Nassau County is that if something does go wrong with their marriage, they don't necessarily have to struggle alone. From his office just off of Jericho Turnpike, Darren Shapiro offers not just representation in divorce litigation, but divorce mediation too.

What is Hicksville Divorce Mediation?

When a marriage comes to an end - no matter how the relationship fell apart - the experience will always be an emotional one. Many people spend years with their spouses before they decide that a divorce is necessary. Unfortunately, taking a case to court and arguing matters in front of a judge doesn't make things any easier. Indeed, many people find that divorce litigation is one of the most difficult things they'll need to do. However, with divorce mediators like Darren Shapiro, it's possible to keep as much of the divorce process out of court as possible.

Divorce mediation is an alternative method of dispute resolution that allows people in a marriage to come together and discuss their concerns regarding everything from equitable distribution to spousal support. With the help of a trained mediator like Darren Shapiro, they can come to terms on the outcomes of their divorce, and even draft an agreement to be sent to the courts. This ensures that the couple involved can get as much control over their divorce as possible, without spending extensive amounts of time in court rooms.

In many cases, people find that divorce mediation isn't just less stressful than litigation, it can also be less expensive, and faster too. This means that people with Hicksville divorce mediators are able to move on with their lives as quickly as possible following the end of a marriage.

What do Hicksville Divorce Mediators Cover?

Divorce mediation in Hicksville Nassau County can be a very flexible and diverse experience depending on the needs of the parties involved. For instance, some people may come to a divorce mediation and discuss things like equitable distribution and spousal support using traditional mediation methods. Other couples might find that it's easier to ask for preliminary planning sessions with their mediator before they begin negotiating in earnest. This will help to build a sense of rapport between the clients and their mediator.

In some situations, Mr. Shapiro finds that his clients decide to come to him for a mediation of a separation agreement, instead of pursuing divorce straight away. This can give individuals a chance to discuss the experiences that they might have living apart and address important issues in their marriage. Once a separation agreement is drafted, it's also much easier for the couple in question to seek a no-dispute divorce in the future if they decide to go ahead and dissolve their marriage. Of course, there's always the option to nullify the separation agreement too, and simply continue with the marriage if things get sorted out.

As a resident of Long Island with an office in Nassau County and a divorce attorney, Mr. Shapiro can offer a uniquely insightful experience to people seeking Hicksville divorce mediation. Not only is he a local source of assistance that individuals can come to for answers to their questions, but he also has extensive insights into the way that the courts work. Attorney Shapiro can guide his mediation clients through their discussions as a neutral third-party. As the parties involved discuss their options, Attorney Shapiro can offer them insights into how a court mind respond to some of the things addressed in their agreement. As a Nassau County divorce mediator, though, Darren Shapiro is neutral between the couple and does not give either legal advice. That is rather, the role of a review attorney which Mr. Shapiro does for people, at times, that mediate with other mediators.

When it comes to a divorce or separation, it's difficult to know what the right step to take might be. Importantly, anyone can find themselves in a divorce situation, and it's essential to have a range of options available to you when you look for opportunities to dissolve your marriage. Because Attorney Shapiro is dedicated to serving a wide range of people around the Nassau County and New York areas, he ensures that he can offer a multitude of dispute resolution options, from litigation to collaborative law and mediation. You can even find more information about the divorce options available to you on the blogs written for this website.

To learn more about what you can accomplish with Hicksville divorce mediation, feel free to reach out to the office of Mr. Shapiro at your earliest convenience. Mr. Shapiro offers free thirty-minute consultations for both spouses together considering mediation. You can get in touch over the phone at (516) 333-6555 or via our online contact form.