Health Insurance After a Divorce

Who is Responsible for Health Insurance After a New York Divorce? 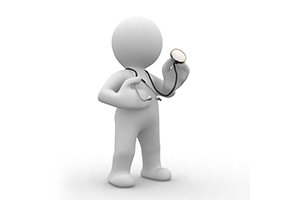 As many Long Island divorce lawyers, like Attorney Shapiro, frequently discuss, there are nuances to separations and divorce. Often, an important issue in a divorce is how both parties will continue to protect their wellbeing with health insurance. Most of the time, families in New York rely on benefits for health insurance that come from the employer of one party in the marriage. This is particularly true in cases where the family only has one working spouse or the employer of the other does not offer health insurance. However, if a couple divorces, the insurance benefits that covered the entire family prior to the divorce will no longer work in the same way. As such, arrangements will need if both spouses are to have health insurance after their divorce.

To ensure that the non-working spouse can continue to manage their own needs and the needs of their children when it comes to health insurance after a divorce, the courts must consider multiple scenarios. One option that Attorney Shapiro sees in many cases is the decision to obtain "COBRA" benefits. The term "COBRA" refers to a federal law which asks insurance companies to extend their coverage of qualifying beneficiaries in a health insurance package in the event of specific issues taking place. COBRA benefits are often offered to employees who have their positions terminated, and they're also available to spouses following a divorce in some cases.

A potential issue of COBRA benefits is that they are often quite expensive, as the employer no longer covers the cost of the insurance for the divorced party. This means that the issue of health insurance following a divorce often includes thinking about how health insurance will be paid for to cover each spouse.

Dealing with the Issue of Health Insurance in Divorce

As with many issues in a divorce, there are multiple different strategies that can be taken to address the issue of health insurance after the end of a Long Island marriage. For instance, when the two parties previously involved in a marriage agree on the issue of who should pay for and manage health insurance, then the parties can make their own suggestion to the court. With the help of a divorce attorney like Darren Shapiro, the couple can present their proposal to the courts, and most of the time, it will be approved by the court.

If the parties in a New York divorce cannot reach a mutually acceptable agreement alone, then the courts of New York will have the power to make their own decisions, without the couple's input. Section 236(B) of New York Domestic Relations law states that a court can order parties to purchase, maintain, or assign insurance policies to a spouse, child, or children from a former marriage. Additionally, the courts of Long Island can also order a spouse to obtain a life insurance policy for their own life and name the ex-spouse as a beneficiary on that policy. This step is taken to protect the interests of the former spouse when it comes to acquiring future benefits.

How Long Will Insurance be Awarded for?

Importantly, as Attorney Shapiro reminds his divorce and mediation clients, there is a limit to how long the Long Island courts can ask a party to pay for the insurance of a former spouse. Most of the time, the courts will choose a duration for the payment of health insurance that's fixed in time and will not exceed the length of child support or spousal maintenance payments. In Attorney Shapiro years of experience, most clients are made responsible for their own health insurance after divorce. The court typically rules that the maintenance payments awarded to each spouse, and the income of each party should be enough to handle the issue of health insurance. However, there are cases where the coverage may be ordered, as mentioned above.

Most of the time, the spouse asked to pay for a former spouse's health insurance will choose to get those benefits through the COBRA system. However, under the case law of New York, a spouse who is obligated to pay for health insurance benefits will not necessarily be relieved of their duty if they're deemed as being no longer eligible for COBRA benefits. In some cases, this can mean that a spouse needs to pay substantially more for their insurance benefits.

Do You Need Help with Your Long Island Divorce?

If you're concerned about the issue of health insurance following a Long Island divorce, or you're simply in the process of considering a divorce, and you want to make sure that you have the right guidance every step of the way, contact Darren M. Shapiro. As far a Long Island divorce lawyers go, Attorney Shapiro has been dealing with issues of divorce and child custody since he opened his own practice in 2005 though he started practicing law in January 1999, which means he has extensive experience managing the complications of divorce proceedings.

To schedule your free consultation with Attorney Shapiro (For up to half an hour free), either fill in the contact form on this website or call on (516) 333-6555 today.