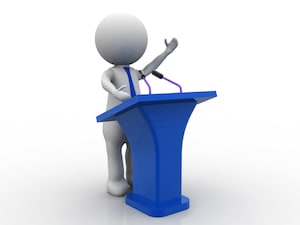 Divorce is never an easy time for any couple, but the process can become inherently more complicated when children are involved. After all, it's very rare that both parties in a divorce will agree about who should be given custody, visitation rights, and even child support. Most of the time, one party will initiate a child custody proceeding with the New York courts, with the help of a child custody attorney like Mr. Darren Shapiro. Once the court proceeding has been established, it's up to the non-filing parent to determine how they'd like to proceed.

If the party that isn't filing with the courts believes that they have a right to file a claim against the party responsible for the initial petition, then they will need to work with their own child custody lawyer to file a claim in response to the first petition. In some cases, if the claim is only related "tangentially", there will be an opportunity to file a cross-petition.

The Civil Practice Law and Rules of New York regarding Civil Practice, in section 602 discusses how such matters should be addressed by the legal system. The statute indicates that the court of New York should be able to consolidate matters that involve a common question of fact or law. However, ultimately, the court will be left with complete discretion over whether they should consolidate multiple issues in a custody case or not. However, as the section 602 legislature suggests, the purpose of consolidation is often to avoid any unnecessary delays or costs in the legal process for clients.

How Consolidation Works in the New York Courts

As a child custody attorney, Mr. Darren Shapiro has worked with clients throughout Long Island and New York in both consolidated, and non-consolidated cases. Often, to help his clients understand the process in greater depth, he may invite them to a discussion where he can provide examples that make the situation easier to understand. For instance, one example may be a husband and wife that have been divorced for several years, and the husband has primary physical custody with the children, while the wife has privileges regarding visitation. The husband may file a petition with the courts to ask that the future visits of the wife be limited or supervised by the court, while the wife might ask the court to change the original order and give her primary custody.

This would mean that both the wife and the husband were making claims related to the same fact. If the wife chose to wait until the trial regarding her supervision of visits is already in motion, and she hasn't had a chance to raise a claim seeking custody at this point, she would need to file a petition with the court as quickly as possible. At this point, the court would likely to choose to consolidate the two issues together, because a refusal to do this would mean that similar issues would need to be brought into litigation twice.

In the case mentioned above, the wife might work with a child custody attorney like Mr. Shapiro to prove that there has been a substantial change of circumstances since the last time the custody order was given. This would mean that the courts would have a basis on which to determine whether a custody should be granted to someone new.

Managing an issue of child custody or visitation in the New York courts is a complex process. As Mr. Shapiro often reminds his clients as both a divorce lawyer, and a child custody expert, it's important to be as punctual as possible when speaking to the court. Depending on the facts at hand, a party that isn't filing with the court could end up losing out on their opportunity to effectively raise a claim. For instance, if the non-filing party's claim is related closely to the subject matter for the first petition, a failure to incite a new claim could mean that the claim gets waived. However, it's worth noting that these scenarios are very fact-specific, and different people may have different experiences.

As Mr. Shapiro also recommends to his clients, it's crucial to seek the help of a dedicated child custody attorney when it comes to engaging in a custody battle. If you're involved with a dispute, then you should consider making an appointment to speak to an attorney as quickly as possible. After all, the sooner you get in touch with a professional, the more time that expert will have to help you explore your options and prepare your case according to your best interests as well as the best interests of your children.

The family law office of Mr. Darren M. Shapiro is available on the Jericho turnpike to help manage a host of common family law issues, including child custody modification orders and disputes. Every client receives their own bespoke treatment, as well as the opportunity to attend the office for a free initial consultation of up to thirty minutes in length. Find out more about the opportunities that Mr. Shapiro can offer today by contacting him on (516) 333-6555.