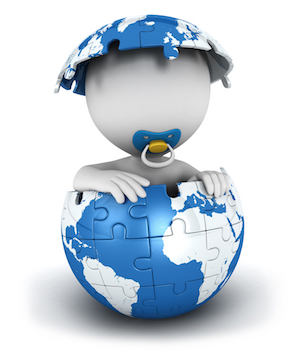 As a highly experienced matrimonial and family law attorney, Mr. Darren M. Shapiro Esq. has managed a wide variety of different and complex cases during his career. From simple divorce actions, to complicated matters of child custody, visitation, and even the wrongful removal of a child, Mr. Shapiro utilizes every professional tactic and piece of valuable knowledge he has in delivering the best possible results for his clients.

In the case of New York family law, one issue that regularly appears has to do with whether one parent should be permitted to travel to foreign nations with a child. In pursuing this troublesome concept, Mr. Shapiro must often turn to the Hague Convention, to see whether the country in question is a signatory within the Convention. The reason for this is that the Hague Convention regarding abduction in law is a treaty, which is a means for establishing international law. It provides a useful method for requesting the return of a child who has been taken away from one country that is a member within the Convention, to another. In simple terms, the force driving this convention is to provide some level of protection to children with separated parents, against the possible damage that might arise as a result of international abduction by another person or parent. The Hague convention prompts for the timely return of children involved in such matters back to their habitual country of residence, while helping to organize and secure rights associated with visitation and parental time.

The idea behind The Hague convention balances on the idea that matters of visitation and custody should only be determined by the court that exists in the habitual or residential country of the child in question. This simply means that the convention is intended to support the best interests of the child - providing a useful civil remedy for such problems that can be shared among member nations. Darren Shapiro, and other legal professionals, utilize the notion of the Hague Convention in an attempt to preserve arrangements of child custody that already existed before the removal of the child in wrongful circumstances. Generally, the idea is to deter parents from moving across international boundaries with the children, so that they might avoid court orders issued by the child's home nation.

One question that Mr. Shapiro deals with quite frequently in regards to the Hague Convention - is why it should be required by a parent who already has an order of custody. The response given to this is that alternative countries do not always recognize court orders given by New York, or the United States. On top of this, each country within the world is considered to be a sovereign nation under law. This is problematic, as sovereign nations do not possess the rights to interfere with the legal systems, judiciaries, or law enforcement provisions of other sovereign nations. Although the Hague convention doesn't alter substantive rights, it does imply that any court holding a case surrounding a Hague convention action must commit themselves only to determining where an issue of child custody should be heard - not the merits of the custody dispute itself.

Unfortunately, the Hague convention cannot be applied automatically to all parental issues that occur regarding the international-level of child abduction by another parent or person. Clients who approach Mr. Shapiro with such cases who would like to access The Hague convention must be able to show that the child was less than 16 years of age when the application was filed, and that the convention was held between both countries involved during the time of the wrongful removal of the child. On top of this, it is crucial to prove that the removal of the child in this instance was considered by the law to be wrongful, or in violation of rights of custody that had already been exercised during that time. The child would also have to be a habitual resident within a country that has established itself as a member of the convention, such as the United States.

When clients question the guidelines of The Hague Convention, and what can be determined as "wrongful" removal, Mr. Shapiro advises that a removal is considered wrongful when it is considered to breach the rights of custody attributed to a parent, family member, or guardian according to the law of the child's habitual state. Furthermore, removal can be wrongful if it was done during a time wherein those custodial rights were being exercised.

A crucial point to consider in these cases is which countries have the right to uphold certain orders. The details of the Hague contract requires that a child or children have to be returned, if they are classed as a "habitual resident" of a signatory nation. To complicate the matter somewhat, the convention does not legally provide a definition that strictly underlines what habitual residence is considered to be. However, as Mr. Shapiro informs his clients - it is generally not intended to be considered a technical term, and instead legal courts are expected to think of "habitual residence" according to the context of the Convention itself - which aims to discourage parents from taking a child away from their place of typical residence.

Partner countries within the convention may refuse the request given to return a child according to a number of important exceptions. For example, a child may not be returned if such an action would be seen as in violation of the human rights fundamental principles or freedoms respected by the country where he or she currently resides. Similarly, a return may be refused if the child in question states that they do not want to go to their "habitual residence", and that child is considered mature enough to offer a decision that must be reasonably considered. Finally, a return may be refused if there is a risk that the child could experience serious physical or psychological harm if they were to return to the habitual country.

As with many laws, the exceptions and special considerations of the convention can be interpreted differently across partner countries, and signatories must respect the rights of visitation and access that have been generated by other parents, while still paying strict attention to the best interests of the child. To learn more about child custody, abduction, and family law, please contact us. If you would like to discuss a personal case with Mr. Shapiro himself, then please schedule your free half-hour consultation either in-office or via phone call. It would be our pleasure to speak with you.