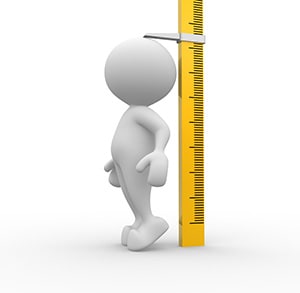 Greenvale, a hamlet within Nassau County, is located on the northern shore of Long Island. The town is relatively small, with only 1,094 residents as of 2010, covering both the North Shore, and Roslyn school districts. For residents of Greenvale, similarly to anywhere else across New York and Long Island, it's important to think about what kind of assistance you might need, if you ever face an issue of family law. City-data.com tell us that 7.9% of Greenvale residents are divorced, and when a marriage dissolves, it's crucial to remember that there's more to think about than simply equitable distribution and spousal maintenance. Many Greenvale residents will find that they need the assistance of a child custody lawyer.

With almost two decades of experience as an admitted attorney in New York and settling the various disputes that arise during family law cases since he hung his own shingle in 2005, Mr. Darren M. Shapiro is a local Greenvale child custody attorney, capable of guiding residents through the complex issues of visitation, parenting rights, and more. Both as a fierce litigator for the best interests of his clients regarding their children in any child custody case, and a trained mediator and collaborative lawyer, Mr. Shapiro can offer a range of services to help clients quickly and effectively address their needs in relation to family law, matrimonial and child custody law.

There are approximately 362 households in Greenvale, 32.6% of which with children under the age of 18 living in them. In Greenvale, 58.8% of homes include married couples living together, while 8.6% had a female householder with no husband present. Just like in any other US town, the people of Greenvale can easily find themselves facing concerns about child custody. Child custody matters include conversations about physical custody issues, such as where the child in a case will reside, as well as legal custody, which dictates which parent should have the right to make decisions about crucial issues. Legal custody can permit a parent to make choices regarding healthcare, education, upbringing, and more.

As a Nassau County child custody lawyer, Mr. Darren M. Shapiro can advise parents in Greenvale across a range of matters, either through litigation, collaboration, or mediation (if the couple both agrees to use him as the mediator) processes. Often, mediation and collaborative law are the preferred choice for divorce child custody matters, as they can help to preserve some of the relationship that remains between the divorcing parties, for the sake of the child. Additionally, these solutions are often less emotionally draining than litigation.

No matter whether the court is making decisions as a result of litigation, or responding to the agreements that are put across after mediation, it's important to remember that New York works according to the "best interests" statutes for child custody. As a child custody attorney, Mr. Shapiro frequently reminds his clients that decisions are made according to whatever the judge perceives to be the best solution for the child involved if the parties are unable to agree. The courts will consider any factor that they believe to be relevant in making that decision, including the financial background of each parent, history of drug or alcohol abuse, and even the preference of the child in certain cases.

As a dedicated child custody lawyer, Mr. Darren Shapiro devotes his skills in the world of family law to helping clients throughout Jericho to pursue their best interests alongside the needs of the child when it comes to issues of parenting time, custody, and even visitation rights. In many cases, the best solution for the child may be to consider joint legal custody, which allows both parents to take an equal role in making decisions for that child. However, the courts recognize that joint custody can only be supported in cases wherein parents are capable of working together to negotiate decisions. If the parents involved aren't capable of cooperation on the behalf of their child, then sole legal custody may need to be awarded.

Frequently, sole custody, or shared physical custody will also be considered. Sole physical custody means that the child will live only with one parent, while the other parent is given visitation rights. Shared custody often means that a child will spend a certain amount of time with one parent, and a certain amount of time with the other. Schedules for parenting time need to be addressed in this instance to ensure that moving between homes will not disrupt the growth or mental health of the child.

Once a Greenvale Nassau County child custody lawyer has entered a custody order with the court, and that order has been confirmed, it can only be modified when a significant change in circumstances takes place that indicates the current environment or situation will no longer address the best interests of the child in question. Mr. Shapiro can work alongside parents in Greenvale to help them pursue matters of child custody modification, however, it's worth noting that accessing modifications can be difficult without the right evidence of a substantial change in circumstances.

While nobody likes to think about a circumstance in which they might need the help of a child custody attorney, it can be helpful to know that there's an expert located nearby when family law issues do arise. Mr. Darren M. Shapiro has practiced law throughout Nassau County since he was admitted to the New York State bar in 1999. Today, Mr. Shapiro runs his own family law office from the location of Jericho, in Nassau County, making him a convenient solution for the residents of Greenvale, and many other individuals throughout New York and Long Island. For instance, residents can either take exit 34 on the Northern State Parkway to find the office, or take exit 40 on the Long Island Expressway.

Addressing the matters of child custody and parenting or visitation time can be a complicated and emotional experience. Mr. Shapiro has the professionalism and compassionate nature that can help you to pursue the best legal outcomes for your needs. To discuss the details of your specific case, contact Mr. Shapiro online, or call the office on (516) 333-6555 to arrange a free initial consultation.