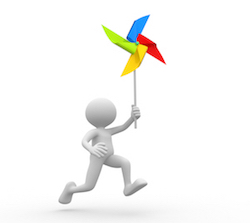 A city located outside of the city of New York, in the area of Nassau County, towards the Northern shore of Long Island, Glen Cove has a diverse and thriving population. A piece of the North Shore's Gold Coast, which was established in the early 20th century, Glen Cove makes up one of the two municipalities within Nassau County that can be accurately classified as a city, rather than a town. Found on the northern shore of Long Island, close to the Long Island Sound, Glen Cove has a historical collection of hills at its border, which appear as relics from the past. These hills are the moraines that have been produced by the glaciers that coated the world during the last ice age.

On three sides, the town of Oyster Bay borders Glen Cove, whereas the fourth side is edged by the Long Island Sound. Fortunately, this city is also located conveniently close to the Nassau County legal office of Mr. Darren M. Shapiro - which is situated on the Jericho Turnpike, an equal distance from both the Family courts of Nassau County, and the Supreme Courts.

Although most of us move through life in the distinct hope that we will never have to access the assistance of a professional attorney, it's important to know that regardless of what you do and where you live, disputes can arise that are impossible to manage alone. The truth is that - from time to time - an experienced attorney can become an essential part of life, and when that happens, it's useful to know that you have an expert on board who you can trust to offer reliable and personalized guidance. When it comes to the common problems that arise within family connections, Mr. Darren Shapiro's Nassau County office delivers highly customized and dedicated guidance to individuals in need of legal assistance - offering the greatest quality of care at manageable rates.

According to Wikipedia.com the census conducted in the year 2000 found a total of 26,622 people in Glen Cove, which includes 9,461 households, and 6,651 families. Of the total household collection, the census found that about 29.9% included children beneath the age of 18 living with a guardian, whereas 53.5% were made up of married couples living together. Only 12.7% of households consisted of a female householder without a present husband, and 19.7% in total were constructed out of non-family groups. Our research further into the city of Glen Cove through websites such as city-data.com has since discovered that the percentage of married couples within this area is reported at around 49.5%, whereas the divorced percentage is at 8.7%. Despite this, the information taken from a 2015 census by realtor.com suggests that 71% of people are married within Glen Cove, making the number 8% lower than the typical marriage ratio for Nassau County.

As a collaborative attorney, professional family lawyer, and certified mediator, Mr. Darren M. Shapiro has dedicated numerous years within his profession to the development of his legal skills. Since he was originally admitted to practice law in 1999, Mr. Shapiro has experienced and worked on a variety of complex cases, appreciating and handling each according to their personal nuances as he moved throughout Long Island and New York City. Today, the convenience of his professional office means that the majority of his cases are currently in Nassau County (although we handle cases throughout Long Island, New York City and the surrounding areas), and as a result, Mr. Shapiro has been able to develop an in-depth understanding of the court procedures and legal practices that his clients experience most often. This ensures that he can confidently and efficiently guide each client through the legal processes presented to them, reducing the stress of the procedure significantly.

Importantly, it's useful for clients to understand that when it comes to family law, every case is different, and the way that they can be pursued differs according to certain circumstances. Whether you are able to pursue mediation with your partner, or will need to rely upon litigation to find the results that you need, it's helpful to have an attorney at your side who can offer extensive information and advice about the issues that you're facing, from child visitation or parenting time, to maintenance and equitable distribution.

Over the years, Mr. Shapiro has amassed a significant amount of experience within cases of family law, meaning that he has a significant understanding of the complexities typically involved with family related issues and divorce. As such, he often does what he can to discuss various legal concepts with his clients before a trial or court case takes place - helping them to understand the nuances of equitable distribution, child custody, visitation and more. For most clients, this level of attention to detail and care is incredibly comforting as they attempt to move through a particularly difficult experience in their life. The reason for this is that no matter what area of law you are dealing with, it's worth having an attorney on board who understands the emotional turbulence you are managing. Mr. Shapiro has the professionalism and expertise to respectfully help you handle your case, as well as giving you plenty of information about the various legal routes you can consider.

From his Nassau County office, Mr. Shapiro has dedicated his legal practice to helping those dealing with some of the most stressful aspects of law around - family matters. As such, he understands that cases of family law are never easy - but with the right attorney by your side, you may find that dealing with a complex matter is much less worrisome and frustrating than you might have thought. If you would simply like to learn more about the details of family law, divorce procedures and legal matters, then why not visit our blog.

On the other hand, if you want to talk or schedule a meeting, please do not hesitate to contact Mr. Darren Shapiro's office for further information about your case. You can contact us via phone at: (516) 333-6555 or one of our contact forms. We look forward to speaking with you about your case.