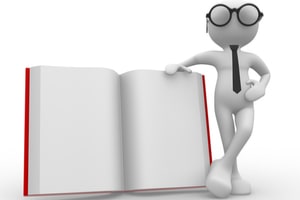 There are many complicated disputes that can arise during a family law case, from arguments over equitable distribution to issues with maintenance. Unfortunately, one of the most common concerns for many parents is the problem of child custody. Often, the disputes regarding child custody arise when the parents of a particular child go through a divorce or split up and begin to argue about who should have the right to look after the children. However, it's not just the parents who believe that they have parental rights in some case. Grandparents can also seek custody rights or visitation for a child, and this can happen both after a divorce, and when the parents are still together or were never married, depending on the relationship that the parents have with those grandparents.

As a child custody lawyer, Mr. Shapiro has a great deal of experience managing the complex issues that arise after a divorce case. In some circumstances, he will help clients to fight against the visitation and custody demands of other members of their family. In other cases, he has stood for the rights of those grandparents seeking custody. Importantly, grandparents don't necessarily have a legal right to custody over their grandchildren in the eyes of the New York Court. This means that custody can only be awarded if the divorce attorney can demonstrate certain factors are present. For instance, the court must determine whether awarding custody is in the best interests of the child.

Determining the Best Interests of the Child

Family law cases are incredibly complicated because the courts must always put the needs of the child first when making decisions. While judges understand the laws that are laid out for the New York Courts, most aren't trained in psychology, and the vast majority won't have sufficient knowledge of the dynamics of a family to make completely accurate decisions regarding what a child does and doesn't need. In some cases, the evidence presented in a New York custody case could be limited to written words on a page, which doesn't give much context to the depth of the relationships that exist between parents and a child, or grandparents, the parents, and the children. Additionally, as in many cases, live-witness testimonies will always have the potential for fabrication or bias.

As a divorce attorney dedicated to supporting his clients, Mr. Shapiro will work with them to present their case in the best way possible, keeping the needs of both the client and the children involved in mind. In some cases, this will mean following through the demands of the New York family law judges which ask grandparents and children to undergo forensic evaluations. Importantly, a forensic evaluation doesn't have to include biological forensic testing. Instead, a forensic evaluation can simply require anyone that's responsible for the care of a child to undergo evaluation by a psychiatrist, psychologist, or a standard physician.

Additionally, when issues regarding custody follow a divorce in a standard case, the judge responsible for that case will have the authority to request mental examinations according to civil practice rules and laws. The decision of whether a forensic evaluation will be appropriate is often left to the discretion of the judge. In some cases, forensic evaluations are more common when custody is a problem that needs to be addressed during the case. However, there are cases in which a court might request forensic evaluation to support a visitation case.

As a child custody lawyer, Mr. Shapiro frequently explains the nature of forensic evaluation to his clients, to help them understand why the need for such a concept may arise in cases involving a grandparent seeking the visitation or custody of a grandchild. For instance, the nature of these requests often implies that the parents and grandparents don't get along. In many cases requiring evaluation, the grandparents may believe that the parents involved don't have the right characteristics to be "fit" to manage custody of the children. In some cases, this belief is legitimate, whereas, in others, it may be linked to a matter that doesn't actually connect with the parent's abilities from a legal perspective. Forensic evaluations can often happen when there are allegations that parents have a history of physical abuse, drug abuse, or mental unfitness.

Legal cases involving children will always be complicated, but it helps to know that there's a local child custody lawyer available to help. Those involved in child custody disputes in New York or those who believe that they may soon face a custody issue are encouraged to contact the law and medication offices of Mr. Darren Shapiro at their earliest convenience. Mr. Darren Shapiro has both the compassion and experience to handle a range of custody cases and divorce concerns. You can schedule your free initial consultation, up to a half hour, with Attorney Shapiro today by calling (516) 333-6555.