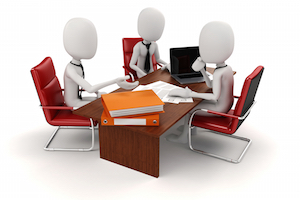 Mr. Darren. M. Shapiro Esq. was admitted to practice law in January 1999 and has been focusing on family and matrimonial law since he started his own firm in 2005. His experiences have taken him throughout court rooms across Nassau County, New York and Long Island, where he has utilized his extensive skills to assist clients with their complex and varying issues. As a trained collaborative attorney, professional litigator, and certified mediator, Darren Shapiro has the capacity to manage a wide variety of nuances within divorce and matrimonial cases, which makes him an excellent person to have on board during court proceedings. One of the most worrisome aspects within divorce to some people is the question of what happens when someone fails to make financial disclosures.

Parties with the intention to divorce within Long Island and New York are entitled to receive complete financial disclosure from the other party. From a legal standpoint, there are numerous ways in which a divorce lawyer may pursue obtaining this disclosure. Typically, one of the first documents that's exchanged during a divorce is referred to as a statement of "Net Worth". In most circumstances, both the Wife and Husband must fill out their respective Statements of Net Worth, which acts as an affidavit, sworn to before a public notary. The Net Worth Statement should be a complete disclosure by both Wife and Husband of their respective situations financially.

The Net Worth statement includes: the caption of the case, statistical/biological facts such as children ages and names, date of marriage, occupations, addresses etc. monthly expenses for food, utilities, house expenses, insurance, medical payments, taxes and so on. The statement also includes income from all sources such as investments, employment, disability and social security, as well as assets like checking accounts, cash, securities, account receivables, and loans. Other information to be noted includes household furnishings, contingent interests, accounts payable, broker's margin accounts, taxes, mortgages, loans on life insurance policies, transferred assets from the past three years, counsel fee requirements, accountant requirements, support requirements and any other financial data that the court may be interested in.

Typically, statements of net worth are exchanged voluntarily by parties through their lawyers, and Mr. Shapiro asks both husband and wife to exchange them during mediations. Usually, this exchange takes place before court appearances are required, but net worth statements will need to be produced at the preliminary conference. When such a conference is scheduled, either because a motion was filed, or one party requested such a motion, the court will issue an order of scheduling that might require each party to bring and exchange certain documents. These documents consist of: attorney retainer statements, net worth statements, federal and state tax returns for the previous three years - including business and personal returns, supporting tax documents (1099s, w-2 and wage statements, K-1 forms), all retirement account statements preceding the commencement of the divorce case, statements of accounts for securities during the past three years and sometimes other disclosure. Though the documents are court ordered, some people neglect to bring the items to the Preliminary Conference, although that risks the Judge's wrath. A discovery schedule will be made during the Preliminary Conference, and experts or evaluations may be ordered immediately to discover the value of degrees, businesses, jewelry, houses, retirement benefits and more.

In most cases, the discovery schedule in such a case will require attorneys from both sides of the legal battle to serve their demands within a carefully selected time period, such as thirty days or a couple of weeks. Responses are typically then due within thirty or twenty days depending on what is agreed upon. The discovery demands most commonly include: Demand for Interrogatories, a Notice for Inspection and Discovery, and a Notice for Examinations before Trial. At the same time, subpoenas may also be served by attorneys such as Mr. Darren. M. Shapiro. The Inspection and Discovery aspect of the demand requires each party to produce a complete years' worth of financial documents, beyond what may have been required to be produced at the Preliminary Conference. Usually, the time frame extends between three and five years, beyond that time frame, discovery usually requires some form of showing as to why it should be considered as relevant. Interrogatories, on the other hand, are long lists of questions that each side will be required to answer, and examinations before trial are meetings in which lawyers ask other questions before a court reporter transcribes them.

All of the concepts discussed above are different discovery vehicles that Mr. Darren Shapiro has grown deeply familiar with during his time as a divorce attorney and family lawyer. It is worth noting that objections can always be made by your family lawyer to discovery requests if the information is unduly burdensome, privileged, in possession of the other party, or irrelevant. If the demand of discovery is not properly objected to or complied with, the other party will not be lost without remedies. According to New York law, specifically the Civil Practice (CPLR), remedies exist for non-compliance. One option is for Mr. Shapiro to subpoena the information that is required from other sources, such as banks that may have necessary statements. Another step that may be considered is a motion to compel disclosure.

According to rule 3124 of the CPLR, if someone does not respond to a discovery request, a motion to compel is permitted, and the other side may, or may not oppose such a motion. In such circumstances, the court can issue an order compelling compliance with the demand for discovery and CPLR 3126 outlines the penalties that exist for failure to comply with an order to disclose. If anyone refuses to comply with such a request, the court may: issue an order that says the issue will be resolved in the favor of the person requesting the disclosure. They may also make an order stating that the non-compliant party cannot use witnesses or introduce evidence at a trial or hearing, strike the pleadings of dismiss the action of the non-compliant side.

The law of New York and Long Island also supports preclusion orders, wherein all financial evidence, other than that disclosed could be forbidden from being introduced, meaning all financial issues will be resolved in the other side's favor. Because preclusion is such a dramatic remedy, the court must find that the failure to disclose was purposeful or deliberate without reasonable excuse.

To learn more about financial disclosures in divorce, or simply the divorce procedure itself, please contact us. If you would like to use Mr. Shapiro's services as a litigator, family law attorney, or mediator, please schedule your free thirty-minute consultation and let us know what we can do for you. It would be our pleasure to speak to you.