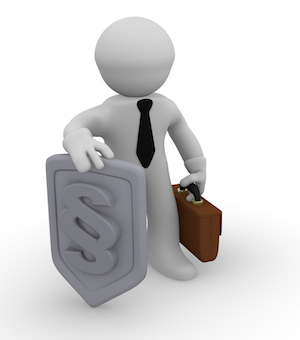 As a trained collaborative law attorney, experienced family law lawyer, and keen litigator, Mr. Darren M. Shapiro, Esq. has worked on a wide range of different legal cases - all with their own particular nuances. One of the many issues that he has dealt with before is that regarding court orders of protection. These documents are issued by the New York and other courts in an effort to reduce or restrict the behavior of someone alleged to threaten or harm another person. Often, these orders are issued in response to a wide range of potential safety issues - including, but not limited to, problems of domestic violence. Family courts and criminal courts in New York and Long Island both have the capacity to issue orders of protection, but each comes with specific differences.

First of all, when dealing with an issue in family court, Mr. Darren Shapiro often reassures his clients that they will not be involved in a "criminal proceeding" by filing in family court or defending a case in family court. Generally, this would mean that for the order of protection to be issued permanently, the petitioner (or Mr. Shapiro's client), would be pressed to prove or defend their case according to a "preponderance of the evidence" (more probably true than not), with the help of Mr. Shapiro himself. In criminal cases, on the other hand, a higher burden of proof is required, as the case must be proven "beyond a reasonable doubt" and the accused individual must be convicted of a penal law violation.

In family court, orders of protection are issued within civil proceedings, with the intent to prevent violence or like conduct that has allegedly taken place within a family or intimate relationship. For an order of protection to be issued by the family court, the alleged victim must have a relationship with the accused party that can be counted within these categories:

To begin proceedings, when representing the victim, Mr. Darren Shapiro can draft and file a form known as the "family offense petition", which names his client as the petitioner within the case. On the other hand, if Mr. Shapiro is representing someone who has been accused, that individual will be known as the "respondent". The respondent has the ability to completely challenge the truth of the allegations, and that it even constitutes a family offense. Moreover, some challenges can be made against whether the people in question fall under the "family" definition required to proceed in New York family court.

People who are not considered to fall under the categories of "family" understood by family court can still be granted or issued orders of protection in criminal court. However, in order to obtain an order of protection in criminal court, the proceedings must be started with a criminal case. In general terms, criminal cases typically start after an arrest has been made, wherein the person accused is brought in front of a judge. Whether you are the defendant or the individual launching a complaint, it is crucial to have an experienced attorney on your side during these moments. Often, criminal court orders of protection are issued as a factor within the conditions permitted for the bail or release of a defendant.

Within New York, district attorneys typically prosecute criminal cases, and the victim is known as a "complaining witness" within the case. While in family court, the petitioner, or "victim" initiates the case, criminal cases are led by the prosecution of the government. This means that if the protected party within a criminal case decides to stop pursuing an order of protection, they may not be able to withdraw the order themselves. Instead, the prosecutor or defense attorney involved, such as Mr. Shapiro, would need to file a motion.

Often, in criminal court, the pending orders of protection that are being considered by the judge will be referred to as "temporary" orders. At the closure of a case, if the order of protection is granted as a result of all the evidence considered, then that order will be known as a "permanent" order of protection. Importantly, it's worth noting that the term "permanent" in this case does not necessarily mean that the ruling that has been given by the judge or the order itself is locked into place forever. It is possible for a defendant to make a case to have the order removed but usually they expire at some point. In cases that are presented in family court, orders of protection are issued for varying lengths of time. Most commonly, these orders are issued for periods of up to two years, but it is possible for that time span to be extended to five years in cases where aggravating circumstances are present. Similarly, criminal orders of protection can vary in length according to the severity of the alleged offense.

Whether you're managing the stress of requesting an order of protection, or are attempting to defend yourself against accusations levied against you, having an experienced attorney like Mr. Darren Shapiro at your side is crucial. Many parents don't realize that they still may be able to see their children if an order of protection is placed against them. In criminal and family courts, with the right attorney, an order given may provide that it is subject to existing or future orders regarding custody or parenting time. This means that even if the protected party is the custodial parent, the other parent will be able to access visitation and contact according to court orders.

Managing the various different aspects of orders of protection within court can be complicated, but with the right attorney on hand you can enhance your chances of achieving the best results. For more information about family law issues, or orders of protection, please don't hesitate to reach out to us. If you are interested in accessing Mr. Shapiro's services, please schedule your free half-hour consultation, and let us know what we can do to help. It would be our pleasure to speak to you.