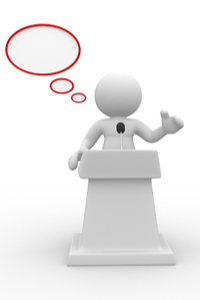 When dealing with a dissolution of a marriage, it's important to work alongside a divorce attorney to ensure that you can untangle the threads of your relationship in such a way that you walk away from your marriage feeling as whole as possible. While it's possible to handle some divorce cases with alternative resolution strategies such as collaborative law and mediation, there are circumstances in which litigation will be the only option. If you find yourself facing a court as part of your divorce process, then it can be helpful to learn more about the different aspects of the trial from your divorce lawyer and child custody attorney.

Mr. Darren M. Shapiro works as a professional form of support for individuals who need to present their case in front of a judge in New York. One of the ways that he endeavors to to the success of his client's cases, is by using opening statements to introduce the details of a case, and give context to the matter at hand. Importantly, while Mr. Shapiro will try not to comment on the credibility of the other side during an opening statement, what he can do is highlight the issues at hand, and present his client as a more relatable figure for the judge.

Importantly, divorce trials in New York are conducted in front of a judge, except for in cases that address the issue of grounds, which can be tried in front of a jury. New York cases involving grounds are rare, thanks to no-fault divorce. Rather than contesting grounds, most divorce cases concentrate on the issues in a divorce that parties cannot solve by themselves. For instance, litigation can be used by a divorce attorney or child custody lawyer to address problems of child custody and parenting time, as well as equitable distribution, maintenance, and more. Since divorces are usually heard by a judge, sometimes opening statements are waived as that which is said in opening is not evidence and a judge might appreciate just getting to the first witness in the case.

How Opening Statements are Used

In openings are not waived, divorce attorneys like Mr. Shapiro use opening statements to introduce the divorce to the people in the court room, showcasing the facts that may contribute to a judge's decision. Opening statements are explanations, not arguments, which is why lawyers like Mr. Shapiro must focus on remaining calm, confident, and conversational in their presentation. Although opening statements can be crucial within any legal case, they're not always necessary, as in bench trials, some judges appreciate lawyers waiving their right to an opening statement so that they can move straight into the testimony, and begin considering evidence for the case.

When opening statements are used in divorce cases, they give background and depth to the stories told by the parties undergoing a divorce procedure. An opening statement is a way for your divorce lawyer or child custody attorney to outline the facts that they hope to prove using the evidence at hand. Additionally, lawyers can use the opening statement to introduce a "theme" for the case. Although it's possible to adjust the way facts are recited in an opening statement, in order to shed light on a specific idea, all the information revealed must be truthful, and not exaggerated or emotional.

When producing opening statements for his clients, Mr. Shapiro will create an introduction, body and conclusion - the length of which can vary according to the nature of the case. For divorce attorneys and child custody lawyers, style is critical to the success of an opening statement, as it can help to develop rapport with a judge, humanize the client, and provide insights into the case.

Although divorce cases can be emotional, and complex it's important to remember that your divorce attorney will have to remain respectful at all times when addressing the judge during his or her opening statements. Lawyers should remain polite, and do what they can to introduce engaging themes that capture the interest of the room. With the rule of threes, and a careful tone, child custody attorneys guide people in a courtroom through the story that will be addressed during the case, maintaining eye contact at all times to ensure a stronger relationship.

Although opening statements in divorce cases are essential for building relationships, it's worth noting that they're also a powerful way to identify potential disputes within a case too. Opening statements can allow judges to see stories from a specific client's point of view. Just as the code of conduct for opening statements requires attorneys to avoid taking notes while they speak, it also suggests that they avoid any aggressive, or grand gestures that might be overly dramatic in the court room. Often, in an attempt to humanize their client further, and build greater support for the case, many attorneys like Mr. Shapiro will also address and explain different weaknesses in a client's case.

Although focusing on the weaknesses in a divorce case can seem damaging, it may help to reduce the impact when the other side begins to draw attention to the problems at a later date. By bringing issues into the open as quickly as possible, Mr. Shapiro can ensure that your case remains strong throughout the divorce procedure.

Just like divorces, opening statements can vary significantly from one client to the next. From changing narratives and point of views, to differences in timespan and focus, opening statements are tailor made to suit the case at hand. However, in all cases, Mr. Shapiro, and attorneys like him, will focus on presenting themselves as their client's champion, showing that they truly believe in the person they're representing, and the cause they're fighting for.

If you want to learn more about what Mr. Shapiro can do to support your divorce case, or how litigation trials work, try reading through some of our other website pages or blog posts. On the other hand, if you want to discuss the unique details of your divorce case during a free thirty-minute consultation, you can get in touch with our principal, Mr. Darren M. Shapiro at your earliest convenience. Either contact us through our handy online form, or call on (516) 333-6555.