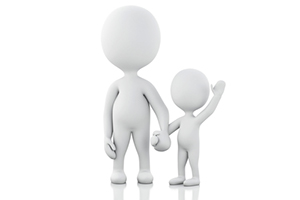 Mr. Darren Shapiro has been working as a lawyer and handling cases across Long Island and New York since he was admitted to the New York State Bar in 1999. Since he opened his own practice in 2005, he has focused on family law, which means that he frequently manages cases involving issues of divorce, child custody, child visitation, parenting time financial support, and child support. Child custody cases, in particular, can be quite complex, as they involve a range of emotions and careful considerations that must be made in the best interests of a child. For instance, as Mr. Shapiro reminds his clients seeking modification of earlier orders in New York custody disputes, changes to those orders will need to be made with the presentation of evidence that shows a substantial change in circumstances significant enough to indicate that modification is necessary. In simple terms, you must be able to prove that the change or modification to the child custody agreement is being made, after a change of circumstance and in such a way to address the best interests of the child, or children involved.

Mr. Darren Shapiro often recommends that those seeking modifications in child custody orders or agreements should be able to show that the substantial change in question took place since the initial issuing of the order. The court may consider any factors it deems to be relevant, and related to the interests of the child. This may mean that the court looks at everything in the case, including the behavior of the parents both before, and after the stipulation took place. In deciding whether a change in circumstances might require the modification of a custody agreement, the court will often consider whether the change implicated the fitness of the current custodial parent, or may affect the quality and nature of the non-custodial parent's connection to the child.

Frequently, when addressing all manner of family law cases, Mr. Darren M. Shapiro will use references to previous and appropriate cases in order to explain a situation to his clients. In the case of the evidence time period in child custody modifications, a good case to consider is the matter of MMH v. William DH. In this instance, a mother made a request for modification of an earlier order to the New York court, and asked for full custody that would permit her to move to another state. The father opposed this application, and the court explained that the mother had received a six-month order of protection form in 2003. That order required the father to attend counseling for substance abuse, and AA meetings, while forbidding him from harassing, or stalking the mother. An additional order of protection was issued in 2004, which required the father to leave the home, and the couple was divorced in 2007.

While the divorce was still in process, during 2006, the parties entered into a custody order, which allowed for joint custody and set the home of the mother as the primary physical residence for the child. In this case, the mother was awarded final authority over decisions, while the father was given alternate weekends of custodial time. In this case, overnight visits were only able to take place at the father's parent's home, and had to be supervised by them. The father was also prohibited from consuming intoxicating substances and was not allowed to drive in the car with the child. The order additionally restricted both parents from moving further than 25 miles from their existing residencies, without ninety days of notice to the other. In 2006, the court also issued an order of protection to ensure that the father would have no contact with the child beyond what was written in the custody order. That protection order expired in 2008, and was not extended because the father was incarcerated. However, upon his release in 2008, the father showed up at the child's school and embarrassed the child, leading the court to issue a further order of protection.

At the hearing for the modification of the order, the mother testified that she'd only agreed to the order for custody in 2006 because she had been advised that such provisions were standard, and she wanted the father to address his substance and alcohol abuse issues. It's also worth noting that at this time, the mother was unable to make mortgage payments on her home, which meant that she had to move, regardless of the court's decision, to relocate to North Carolina with her parents.

In the court hearing, the court explained that when parents enter a stipulation regarding custody, orders will not be modified unless a significant change in circumstances has taken place from the time of stipulation, and the change represents the best interests of the child. The court also explained that a parent trying to relocate would also need to provide good-faith reasons for moving according to the child's best interests. In this particular case, the court looked at the individuals involved back to 2004 - before the 2006 consent order, when the father had been given his last unsupervised contact with the child, and noted that the mother had helped the father to have visits, and hadn't interfered with the child and father's relationship. In the end, the court chose to agree that there had been a significant change in circumstance since the initial custody order, and modified the agreement to give the mother sole custody - allowing her to move to North Carolina.

As Mr. Darren Shapiro frequently reminds his clients, child custody cases, and modifications to child custody agreements come with a number of crucial and complicated stipulations - such as in the case outlined above. However, with the right guidance from someone with experience managing cases similar to your own, it is possible to pursue the best interests of both yourself, and your child. To learn more about child custody orders and agreements in New York, please schedule your free initial appointment with Mr. Darren M. Shapiro to discuss your specific case in detail. You can get in touch either by filling out our online form or contacting us via phone at (516) 333-6555.