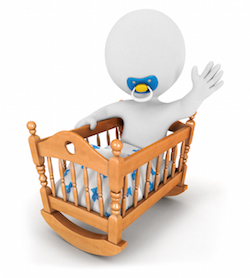 In New York cases regarding child custody, trials and hearings can take place on the basis of initial custody and parenting time (visitation) determinations, enforcement/violation cases or modifications to existing orders. Though some cases may settle before a trial takes place, many issues still require the use of a trial to deal with complicated problems in the decisions made during custody battles. Mr. Darren M. Shapiro, Esq. has dealt with a number of cases regarding child custody and visitation during his time as a professional matrimonial and family law attorney. Over more than fifteen years of legal experience, Mr. Shapiro has gathered a variety of useful tips and information that he uses and passes on to his clients during legal proceedings.

Perhaps the first thing to recognize is that no-one really "wins" during a child custody battle. The best arrangement will always be one that takes the needs of the child into primary consideration, and thereby creates a plan that allows the child to have the healthiest and nurturing upbringing. Having suitable and solid evidence on hand during a custody battle is essential for any parent to succeed in a New York divorce or family court case. It is good for parents to understand what evidence they can gather to support their case, what evidence could be used to turn the case against them, and what evidence could be determined as admissible. Sometimes, properly organizing and collecting evidence with the right level of diligence can help to improve an individual's position during court battles, helping Mr. Shapiro to develop the strongest case for your position on custody and parenting time.

For clients in a position wherein they are trying to convince the court that a child or children should live with them, it's important to know that this decision will be made based on what is in the best interests of your child. The wants or demands of yourself or your ex doesn't matter in these cases - as the court uses the child's interests as the primary consideration. During custody cases, a court will consider all of the various nuances involved in a case, including the parenting history of those involved, living arrangements, the parents' schedules, child care arrangements, the child's needs and abilities and anything else that may affect the child.

The rules of evidence will apply in most civil trials throughout New York and Long Island, as applied to the particulars of the case. In general, it is understood that all relevant evidence is admissible in court, unless some rule of evidence suggests that it should be excluded. Irrelevant evidence should not be submitted to a trial if objected by the judge or opposing side in the case. In simple terms, evidence that has a reasonable ability to demonstrate the existence of a fact that is necessary in making a final decision will be classed as relevant. If a piece of evidence is considered to be from a non-reliable source, it can still be deemed as admissible, but may not carry a lot of weight - the court will decide the value of any piece of evidence. The phrase commonly used in these circumstances is that the objection might go to the evidences “weight but not admissibility”. Even relevant evidence may be ultimately excluded if the probative value is outweighed by undue delay, unfair prejudice, or waste of time.

After the custody trial begins and opening statements are issued, typically the Plaintiff or Petitioner will move on with their case using the testimony of witnesses. In instances wherein an attorney questions witnesses or their own client through direct examination, leading questions are not permissible (except when a witness is declared “hostile”) - though they may be permitted during cross-examination. A leading question is one that has been designed to transparently display the answer the questioning party seeks. Sometimes, leading questions may be allowed during direct examination to help orient a person to the item about which the testimony is sought, or the time period in question. If the memory of a witness is exhausted, or the witness is mentally impaired or a young child, then leading questions could be permitted.

If the memory of a witness fails them for whatever reason, items may be shown to that witness to help refresh their memory. Typically, notes or writings are used, but the item could be as quirky as smelling a bouquet of flowers to refresh a recollection. If notes are used, then the witness shouldn't typically read directly from the writing given, as the text is only used to refresh their memory. The witness should only testify from memory.

According to the rules of evidence, out of court statements that are offered up as truth for the asserted matter should be defined as hearsay - but there are hearsay exceptions. Any statements that fall under those exceptions can potentially be admitted. The most common hearsay exception that Mr. Darren Shapiro has dealt with during his time as a divorce and family law attorney in Long Island and New York, is the one of party admission. Generally, courts will allow for statements made by a party or between parties to be entered into the case even if they are not "admissions", though it sometimes could be disallowed as hearsay. If the statement is being made simply to prove that a statement was made, and not being offered for truth, it can be made admissible. Some examples of common hearsay exceptions are: dying declarations, certified government records, excited utterances and certified business records.

In order to preserve the trial record and exclude evidence, objections must be made by a trained attorney to improper answers, questions, and evidence. Understanding when to object and when not to object is an art form that Mr. Shapiro has honed over the years. After all, frequent objections can be annoying to a judge, and not making the correct objections could result in a deficient appellate record. The rules of evidence are incredibly complex, and even lawyers must take years of practice before they become proficient.

During custody cases, divorce cases or any other family law matter, there is no substitute for highly trained and experienced representation during a trial. To learn more about the process of child custody cases, visitation and other legal matters, please reach out to us. If you are interested in utilizing Mr. Shapiro's skills in your child custody case, then call us to schedule your free consultation today. Let us know what we can do to help you, it would be our pleasure to speak with you further.