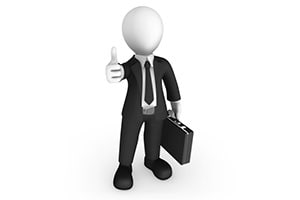 Adults in New York and Long Island have certain rights when it comes to their identity. For instance, you can choose the name that you want people to call you, and you can change your name legally. It's even possible for the parent of a child to change that the legal name of a child. Individuals can attempt to represent themselves in a name change application without advice or to use a lawyer like Darren Shapiro, however, to make sure that you understand the rules and regulations in place that can affect name changes in New York, Long Island, Nassau, and Suffolk County.

For instance, in most cases, the public will be entitled to know about the changes that a person makes to their name or the name of their child. This is why the courts require the file that requests a name change to be made open to the public. You'll often see notice for name changes published in newspapers before they're officially completed. As Mr. Shapiro tells his clients, the rules around privacy in New York mean that changing your name, or the name of a child isn't always automatic. There's a specific process that needs to be followed. For instance, Mr. Shapiro can start by drafting a petition for the name change which is then submitted to the courts. If the court believes that notice should be sent to a person (such as a judgment creditor or other parent of a child) letting them know about a name change, that notice will be requited. This is often the case when creditors are involved for adults, or when other parents are involved for children. If all relevant parties have had an opportunity to object to the change of the name, and no objection is made, the courts will often grant the request.

What Happens During a Name Change Application?

Drafting petitions for a name change can be a relatively simple process for a family law professional such as Mr. Darren Shapiro. However, it does mean gathering information from the client that wishes to change their name. For instance, you may need to explain if you've ever been convicted of a crime, and you'll need to reveal any details that need to be kept in mind when the courts are considering your application for a new name. This could involve letting the courts know about things like bankruptcy and civil judgements made against you and your old name. The courts will also need to know if you owe any child support or spousal support (aka alimony or maintenance).

If your decision to change your own name or the name of your child doesn't have a negative impact on anyone else, and is not misleading, the courts will often grant your request. If no-one will be adversely affected by the name change, and both parents submit their consent to the changing of a child's name, it's easy to approve the application without giving anyone notice. For adults, the courts need to determine whether a name change would be harmful to creditors or other members of the public. On the other hand, if a child's name is being changed, then both parents will need to consent. If both parents don't consent, and no reasonable objection to the name change has been raised, then the court will consider what is in the best interests of the child.

Sometimes, when clients come to Mr. Shapiro with a request to change their name, they want to keep that request private. If this is the case for you, then you'll need to request for your name change file not to be made open to the public. Requesting for the file on a name change to be sealed requires a little extra work and preparation. If your application to seal the record is successful, then you won't need to publish your name change information in a newspaper or notify anyone of the decision to change your name.

Keeping a Name Change Under Wraps

In Nassau County, applications for a name change are submitted by attorneys on their client's behalf, and those applications can be completely almost entirely online using e-filing. To ensure that filings aren't visible to the public before a judge can consider the request to seal the file, the attorney will need to work with the e-filing clerk. This means that professionals like Darren M. Shapiro work alongside the person responsible for moving the application through the courts to ensure that the file isn't visible online when it's being considered by the courts. This is done by calling the clerk in advance of the e-filing. Name change applications that aren't done via e-filing - such as those in Suffolk County Long Island and Queens County, require a different process.

One of the most common reasons for a person to request for the record on their name change to be sealed is that they're worried that they could be in danger from someone who is pursuing them. If you are worried about your safety, speak to your legal professional about your options for sealing your file, and take other reasonable precautions about keeping yourself safe. It's also important to use safe browsing techniques to protect yourself online while you're waiting for your name change to go through.

If your child's safety or your safety is in danger, the laws of Long Island and New York should allow you to have your name change request information sealed immediately. This should mean that no one will be able to find the records of your name change except for your lawyer and other official specified individuals. If the courts don't find that you are in danger, then you may still be required to publish information regarding your name change in the newspaper and the file, including your application for the name change, would be open to the public. To learn more about changing your name or a child's name, contact Darren Shapiro's Law and Mediation office at (516) 333-6555.