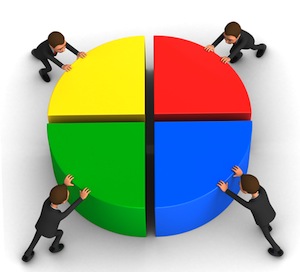 Darren M. Shapiro, Esq. began his legal career and gaining litigation experience in January 1999, approximately sixteen years ago. He has focused upon matrimonial and family law since he started his own firm in 2005. He has the knowledge to guide you in what can be expected and how to argue and negotiate for an equitable distribution award to best suit you. Assets that have been obtained while a couple is married will usually be defined as marital assets. Property acquired prior to a marriage, by gift, or inheritance, that are kept separate, are the usual assets that are separate property. The burden of proof to have something defined as separate property is upon the person claiming property as separate. Let us help you sort out your issues and questions about marital and separate property.

The law in New York on how to divide property in a divorce is called equitable distribution. Since equitable distribution means what is fair and not necessarily equal, the advocacy of an experienced matrimonial attorney, like Mr. Shapiro, is essential in a divorce. In a divorce, if both sides do not agree on what is a fair distribution of their property, the judge, after hearing all the issues as presented by the parties and their lawyers will decide what is equitable. This office has the trial and matrimonial law experience to effectively represent you and aggressively pursue your rights when your fair share of the assets is in question.

Although the starting point for what is fair on the distribution of marital assets is equal, a fifty / fifty split is not always the case. What is fair might be that one spouse gets none of the marital assets or some number less than fifty percent. It could be fair for one side to get more than half or all of the assets. Where you fall in this split can be shaped by you and your lawyer.  We will help you in your efforts to argue for all of the credits you deserve in the distribution.

The vast majority of disputes about equitable distribution are decided upon before a judge makes a final decision after a trial, although some will be decided in total by a judge. When acting as a mediator, Darren helps parties fashion an agreement on what is fair. Collaborative cases are settled by the assembled team which can be compromised of the lawyers, the parties, financial and mental health professionals. Under the traditional adversarial model, cases are usually settled as some juncture. Some settle right away after negotiations between the lawyers and their clients. Others settle after some litigation while the remaining few have full trials. Our office will arm you with the information you need at all times to make educated choices about whether to settle or fight. Although obtaining the most favorable settlement as expeditiously as possible is always on our mind, we find that some cases are unable to settle. We fight hard to try to make sure our clients get what they need and deserve when dividing up the assets.

What contributions did each spouse make in acquiring their marital property can be an important consideration in determining what is fair. An equal split is often found when both the Husband and Wife made equal contributions in a long term marriage. The contributions do not necessarily need to be solely financial. Courts have long recognized that there are financial and non-financial contributions such as earning income, parenting, and homemaking. Assets may be divided at different times as well. For example, the marital residence might, but not always, be held by one side until the emancipation of the children. Often, however, the marital residence is distributed right away.

Prior to dividing the marital property, either side might receive certain credits. There could be a credit for a party’s separate property that was applied towards the purchase of the marital property. Credits might be appropriate for some of the debt that one person takes on. It will be our goal to illustrate to the other side how these credits will apply if the case is argued before the court. The hope will be that after enlightenment they will believe how the settlement is the best choice for them too. We are aware of the arguments that might be used, however, to not only persuade the other side, but the court on how to distribute the property. We will always remain available to discuss with our clients the best strategy to get the best possible distribution.

If a court believes that either the Husband or Wife did not contribute the same towards the marriage, the court may likely order something less than fifty percent of the distribution for that side. The split could be anywhere from nothing to one hundred percent of the assets. The fact that two parties have lived apart for a number of years before a divorce was started has been a reason cited by courts to order that assets acquired in the parties own names since they split can remain with the named spouse.

Our office will argue why the Domestic Relations Law supports the outcome our clients need. Factors that we can ask a court to consider are: what each had before the marriage and when the divorce was filed; each sides youth, or lack thereof, and physical wellness; whether a custodial parent needs to live in the marital residence or not; retirement and inheritance changes because of the divorce; the effect of the divorce on health insurance; what each side added to the career and efforts in obtaining the property; alimony or maintenance; the character of the marital property such as whether it is liquid or not; whether businesses can be valued or if one side should be able to keep it without the other meddling; tax matters; whether anyone hid or wasted property; and any other appropriate arguments that we can make.

Effective advocacy from an experienced family law and matrimonial attorney can make or break your case. Let us help you try to get the best possible split in your divorce. Call about your free consultation. We look forward to hearing from you.