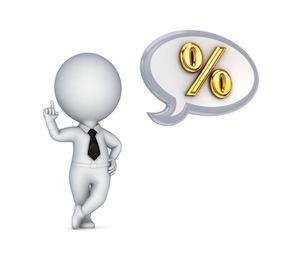 Clients regularly ask trained attorney Darren. M. Shapiro, Esq. various questions about the complexities of family law, divorce, and equitable distribution. As most individuals who have researched divorce law will know, equitable distribution, or division of property, is the judicial division of obligations and property rights that takes place between two spouses during the course of a divorce case. Many clients believe that if one of the spouses within the relationship was involved in acts of abuse, engaged in an affair, or performed some manner of domestic violence, they should be entitled to a court decision which alters the determination of what is considered "equitable". Unfortunately, as Mr. Darren Shapiro informs his clients - many cases consider that issues of "marital fault" are not a relevant enough factor in deciding what should be seen as "fair" when dividing marital property.

The New York Domestic Relations Law offers some guidance regarding which factors the court should evaluate when determining equitable distribution. The statute doesn't provide directly for consideration of fault, but many lawyers do draw attention to the fact that there is a "catchall" provision included, which permits the court to consider any alternate factor that is both just and proper according to the law. Most courts do not accept the concept of "marital fault" as a just and proper factor in determining equitable distribution, child support, or other forms of maintenance, except for in cases which are deemed "egregious".

The reason behind the need for "egregious" circumstances is that the concept of marriage - although it may differ between one couple to the next - can be seen as a form of economic partnership. In other words, this means that marital estates must be divided in a "fair" or equitable manner according to this understanding. In the same vein, many courts believe that attempting to assign blame or fault to certain circumstances can be quite challenging, and introducing this matter to court procedure may lead to incredibly complex and time-consuming issues within the family court. The following are the collection of factors that should be considered when deciding equitable distribution:

Many clients pursue the idea of an unequal distribution of assets when their spouse has committed an act of adultery. Unfortunately, as Mr. Shapiro informs them, adultery is not considered as egregious conduct on its own. Though adultery may certainly be counted as a fault-based grounds for divorce, it shouldn't typically be used as a reason for altering or adjusting the economic nature of a marriage partnership. In simple terms, the law of Domestic Relations requires that egregious conduct should be described as a behavior that falls outside of the realms of what is considered to be "typical" in grounds for divorce.

Often, clients believe that adultery should be considered enough of an egregious act to prompt for unequal distribution - and wonder what could be considered appropriate if adultery alone is not enough. Crucially, although egregious conduct must be made up of behavior beyond the bounds of ordinary actions for divorce, this doesn't mean that situations won't arise wherein grounds for divorce and egregious behavior overlap. Rather, it is implied that only the most exceptional of circumstances prompted by morally-shocking behavior on the behalf of a single spouse should allow for the consideration of altered equitable distribution standards. Unfortunately, though Mr. Shapiro always fights to provide the best possible outcome for his clients - the courts are not required to consider regulations of how one spouse should treat the other.

According to legal history, the majority of cases that have allowed for egregious conduct to have an impact on equitable distribution usually have involved some form of violence to a significant level. One case, for example, found support from the appellate division when awarding more than 95% of the total assets held between the couple to the wife in the case. The finding was supported because the husband had aggressively beaten the wife and caused severe physical and psychological damage, and the first department chose to accept the finding that such an assault should be seen as an act of attempted murder.

Although harmful behavior, lies, deceit, and betrayal can all have a painful impact on those who are involved, unless significantly harmful conduct or violence takes place within a marriage, most courts will avoid changing the boundaries of what is considered for the equitable distribution of assets. The best way to approach your case with the greatest chances for success and justice is to speak to a trained and experienced lawyer such as Mr. Darren M. Shapiro. With the right legal guidance, you can present your case to the court in a way that is most beneficial to your best interests.

To learn more about the process of divorce, the concept of equitable distribution, and even the definition of egregious conduct, please feel free to explore our website and blog. Individuals interested in accessing the services of Mr. Shapiro as a divorce attorney should reach out to us and schedule their free half an hour consultation at their earliest convenience. It would be our pleasure to talk with you about your needs.