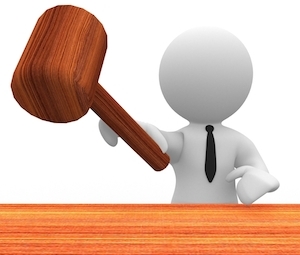 Divorce trials can be tedious and complex. Divorces bring about many emotions that make the process extremely sensitive. In the end, if an agreement cannot be made, to finalize a divorce the court must make a decision after a trial. If your case results in litigation, you need to hire an experienced divorce attorney who will fight for your best interests. Darren M. Shapiro offers expertise in matrimonial matters. Mr. Shapiro has dealt with numerous matrimonial cases throughout his career in Nassau and Suffolk County, Queens, New York City and the surrounding areas. Darren is dedicated and will fight hard to try to achieve the greatest possible outcome in the interest of our clients.

All the issues that are not settled to dissolve the marriage need to be the subject of a trial if they are not agreed upon. Darren tries to settle many cases prior to trial but there are times when the case must be heard. The issues can be child support, child custody, maintenance (alimony, and equitable distribution matters. Sometimes the issues are handled at separate hearings such as child custody disputes since a lot of the issues would flow from where the children will be living. Should there be any dispute regarding the grounds, often the court will hold a grounds trial immediately. Without ground there cannot be a divorce.

Opening statements are usually the first part of the trial. Things said in the opening statement are not evidence but ideally, it will be a presentation as to what the evidence will show and how it supports certain outcomes that are favorable for the party on whose behalf the statement is being made. Typically, then the Plaintiff’s attorney will question their witnesses in a process called direct examination. The testimony of witnesses on direct examination usually is the largest source of evidence on a case. In general, to elicit evidence, attorneys are not permitted to ask leading questions of their own witnesses on direct examination. Cross examination however allows for leading questions. After an attorney has finished his direct examination of his client the other side or their lawyer is permitted to ask questions of that witness on what is called cross examination. Cross examination is probably produces the second greatest quantity of evidence at a trial in most cases. Quantity of evidence is not determinative of the case, however, as the judge or trier of fact decides what weight to give any bit of evidence.

In order to try to keep out certain evidence from the trial and preserve the trial record in case an appeal is made, objections must be made. Objections could be to impermissible questions and answers or the evidence in general. The art of making proper objections takes years to perfect. Darren Shapiro has years of trial experience in which he has been honing his skills. We have found that too many objections in a case might be considered irksome by a judge. Items not objected to at trial, however, might be considered unpreserved and not arguable on appeal. Effective and competent representation at trial is crucial.

During a trial there are rules of evidence that are applied to most civil trials whether dealing with a divorce, family court matter or other matters. Generally, relevant evidence should be let in unless a rule of evidence requires exclusion. For example, out of court statements presented in court as evidence to substantiate the truth of the matter asserted is considered hearsay. There are exceptions to presenting hearsay evidence. Hearsay evidence is admissible if it falls under one of the exceptions. A party admission is the most commonly used hearsay exception. A statement can be admissible in court if the statement is not being used to substantiate the truth but to rather simply show that the statement was made. Properly certified business records, certified court documents or government records and dying declarations are other common hearsay exceptions among others.

When the Plaintiff has presented all its evidence and witnesses that it planned to present, the Plaintiff would rest. Sometimes motions may be made when one side rests such as to dismiss for failing to prove a vital element of the case. An example of this might be in the rare case of a grounds trial which in most instances is unnecessary nowadays since the passage of the “No-Fault” divorce law in New York. Once the Plaintiff rests the defendant has the opportunity to call its own witnesses and present evidence. After both sides rest, then closing arguments are made. A judge could make a decision right away and dictate his or her decision from the bench or reserve the decision. If the decision is reserved the lawyers and their clients will usually receive the decision by mail.

Divorce trials can be one of the more stressful ordeals of a person’s life. Here at the Law and Mediation Office we strive to sensitive to your needs and patient. Darren wants to make your divorce an item in your past rather than a current problem as quickly as possible. We have the experience and tools to assist you. We will discuss the different procedures and options available to you all along the way. If you have specific questions that need to be answered regarding your issue, you can ask Darren during your free half hour consultation either over the phone or in person. Call now to get answers.

Contact Us Now
Practice Areas
Videos
Collaborative Law
Watch more videos
Long Island Family Law and Mediation Blog - Trials
Client Reviews
★★★★★
"Darren Shapiro did an outstanding job with case he was hired for. His price was reasonable and his actions were effective in this case. I would hire this Lawyer again and highly recommend his services." Anonymous
★★★★★
“Darren was excellent in court and able to negotiate a fair settlement in my Child support case.” Anonymous
★★★★★
“Hands down, he is the best att'y I have ever dealt with. He is thorough, objective, and above all, extremely dedicated.” Anonymous
View More
Submit a Law Firm Client Review