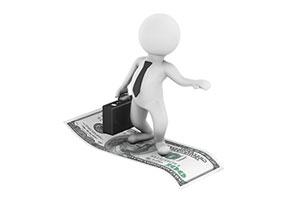 Preparing for divorce at any time of the year is easier when you know the ins and outs of the legal process. For those seeking a divorce in December 2018 and beyond, one important thing to know is that there are ways to address the divorce with a focus on the current laws in effect, such as the laws for the impact of non-taxability and taxability on maintenance, and child support for divorce agreements and separations agreed before 2019 and after January 1, 2019. As a Long Island Divorce Mediator, Darren is aware of general taxation consequences applicable to family law and divorce, but he does remind his clients to discuss any concerns they might have with their tax lawyer and certified public accountant, as he is not able to offer tax advice.

At the close of a year, during holiday time, things can sometimes get a tad bit quieter for a Law and Mediation office. Many want to put their issues on hold until after the holidays, and fewer court appearances happen over the festive period. People prefer to save their money to spend on trips and gifts, which means that divorces get put on the backburner. In some instances, while couples know they need to move on from their marriage, they prefer to keep things peaceful with the rest of the family until the new year rolls around. While many people believe that January is a popular month for divorces, the truth is that March and August are usually the most common for divorce filings according to statistics. That could be because people start working on the settlement terms in a divorce mediation at the beginning of the year then are ready to file after all the issues have been agreed upon.

Attorney and Divorce Mediator Shapiro helps his clients to address divorce issues at all times of year, regardless of what their circumstances may be. While some people will avoid divorce issues during the festive period, others will embrace this time of year because they finally have time away from work to deal with personal issues. The new tax law that begins to apply to separation and divorce settlements signed after December 31st, 2018 is a difference from what it is was prior to January 1, 2019. The new tax law addressing the taxability of maintenance will not be applied in most cases to separation agreements and divorce agreements signed before the end of 2018.

Divorce Mediation in 2019 and Beyond

Divorce mediation is a service that divorce mediator regularly does for those who choose to work with him together, instead of when he works with only one client in the litigation process. As he reminds his clients, mediated divorce settlements don't need to be decided by a judge in the same way as a litigation case. However, it's worth noting that parties in a divorce mediation will also need to take the current state of the law into account.

All of the divorce mediation couples that have worked with mediator Darren Shapiro in Long Island, since 2010, have agreed that the grounds for their divorce will be placed under "No Fault" law. This simply states that marriages which have been broken down "irretrievably" for six months are entitled to a divorce process, with no party placed at blame since it is the marriage that is broken. Though grounds for a fault-based divorce still exist, few people take this option in a New York or Long Island case. When couples agree to a no-fault divorce, they can begin to discuss the issues that must be addressed in their divorce and come to agreements about their future.

In a typical divorce mediation experience, mediator Shapiro often prefers to address parenting and custody time first because several issues can follow from this point. Couples generally need to decide upon legal and residential custody matters. As divorce mediator Shapiro reminds his clients, residential custody applies to situations where children live primarily with one parent. However, some people choose to share residential custody which means equal time with each caretaker. On the other hand, legal custody addresses which parent or parents have/has the right to make decisions for their children. Sole legal custody, joint custody and joint custody with spheres of influence are all possible outcomes that may be discussed with a divorce mediator.

Spousal maintenance and child support are additional topics that mediator Shapiro likes to discuss during the early stages of the mediation. There are various guidelines available for these discussions based on presumptive amounts for maintenance and child support based on income. The guidelines for how long maintenance should last after divorce are often based on the length of the marriage. However, these guidelines, based on income, were brought into being by the legislature in New York, with the knowledge that maintenance would be taxable income for the person receiving it. Additional, since the payment of maintenance, raises the income of the person receiving the support payments, this will also impact child support calculations. In agreements signed before the completion of 2018, this will remain true according to the current tax laws.

What Will Happen in 2019, and Moving Forward?

It's often difficult to predict how things like divorce and mediation will evolve in the years to come. However, we do know of some changes that will be taking place in 2019. As noted above, the law regading tax deductibility has changed, although the New York legislature has not changed the guidelines at the time of writing. Currently, few people know how divorces and divorce mediation processes will change due to the transformations in tax law. In some cases, it may be that the paying spouse may resist harder against paying for maintenance, or the same amount of maintenance, because their tax deductibility will be gone.

Importantly, as we go forward, the equitable distribution of marital debt and assets will still be something requiring discussion in divorce mediations in 2019 and beyond. We will keep you posted about upcoming developments, and as always, you're free to contact divorce mediator Darren Shapiro at the Law and Mediation office to set up a consultation that is free for up to half an hour. For mediating couples the consultation is done with the couple together.