The Benefits of Divorce Mediation 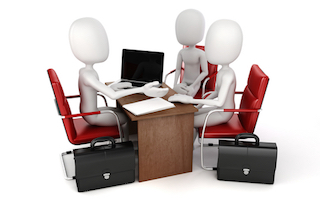 A certified collaborative law attorney, negotiator, litigator, and certified mediator, Darren M. Shapiro, Esq. offers his skills and expertise to individuals in need of guidance through an admittedly trying life experience. Divorce is a difficult matter for any couple - emotions run high and decisions are made out of anger or sadness, instead of with a clear head. Mediation is a useful process for resolving the underlying conflict that exists during divorce procedures, assisting partners in coming to a mutually acceptable agreement. Darren Shapiro has worked with a number of divorce cases, and over the years has come to the conclusion that couples who access mediation are much happier than those involved with direct litigation.

There are a number of pieces of evidence that have brought Mr. Shapiro to this conclusion. First of all, the couples he has worked with through mediation have walked out of the process together, in peace, able to see a future in the continuation of their friendship, despite the fact that a romantic relationship has fallen apart. On the other hand, in his litigated cases, it seemed that couples would almost exclusively leave the court separate from one another. Darren Shapiro believes that couples, ideally, should be able to sustain a relationship with each other regardless of how a marriage ends. This is especially true in cases where children are involved, as establishing a method of communication between parents is essential to providing a better environment for their young ones.

The Benefits of Mediation

Unlike an adversarial divorce experience, mediation emphasizes the possibility of solving problems in a cooperative method between partners, so that everyone's needs can be addressed accordingly. Mediation can be used for numerous areas of conflict within a person's life, however it is especially effective when it comes to family and divorce disputes. Following are just some of the benefits that Darren M. Shapiro Esq. has noticed during his time working through divorce mediation.

In many cases associated with mediation, the outlay for all legal expenses is significantly less than it would be for litigating couples. No matter what other factors come into play, it's fair to suggest that financial matters are a big element when it comes to dissolving a marriage. A number of important decisions have to be made, such as how much should be paid in maintenance, child support, and how debt should be divided. With that in mind, it simply makes more sense to choose a process of divorce that is less expensive. With mediation, clients don't have to pay the cost of drafting motion papers and making the accompanying appearances in court. Divorcing families are already dealing with enough strain, financial issues shouldn't add any extra weight.

Mediated cases typically resolve a lot sooner than litigated matters. In part, this ties in to the idea of expense, as the cost for mediation sessions is constructed on an hourly rate. Mr. Shapiro starts with a free initial consultation with both parties that takes around half an hour. In most cases, the mediation can begin immediately after the initial consultation. Parties are able to set their own timeframe when it comes to resolving issues, without the strain of having to wait months for another court date to be scheduled, or a time where two lawyers are able to coordinate their calendars. One of the most trying parts of the divorce procedure is the stress caused by living with unresolved issues for long periods of time. Mediation allows for a quick, and easy form of problem resolution.

Part of the reason why mediation is quicker, is that it is completed in a safe and secure environment. There is significant value in the fact that people feel able to voice their concerns in a place without judgment or subjectivity. From the very first session, Mr. Shapiro listens to the case presented from each side, allowing both partners equal opportunities to air out suggestions, concerns, and other issues within reason, that are weighing on their minds. In litigation cases, such a thing may not take place for a year or more, when a judge first begins to hear the case. Even then, the judge rarely has a great deal of time to spare, and the rules of evidence restrict individuals from speaking freely.

A Focus on Stability, and the Future

Another way in which couples benefit from the mediation process, is that there is the option to focus on building a stable and brighter future. It is possible to work out how the partners and their children can interact as they move forwards into a new stage of their lives, and how finances will be made to work well for the family during transition. In litigation, the focus is often on finding out who is to blame, or dredging up issues that have taken place in the past. Although fairness and context is considered during mediation, it is also possible to think about future relationships, reducing the chances of a caustic post-divorce companionship.

In the context of divorcing parents, there is usually a need for both parties to come together and communicate in the process of co-parenting for years to come. Being able to emerge from divorce procedures with the ability to communicate effectively and generate respect for each other can be incredibly important.

For some people, mediation could be a step towards an improved future between themselves and their prior partners. For others, the process of mediation will simply not work - as litigation will always have its place in the world of divorce trials. As a certified mediator, litigator and collaborative law attorney, Darren M. Shapiro has a versatile tool chest when it comes to helping people move forward with their lives, and find their feet following a difficult period.

Sometimes, resolving your issues through communication and understanding, rather than fighting and conflict, really can be the best option for divorce procedures. After all, working as a team often feels far better than fighting a battle with someone significant in your life. Contact us about your free initial consultation. We want to help.