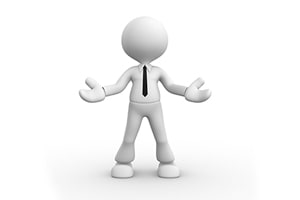 There are a lot of complicated issues that should be addressed when a divorce begins. From equitable distribution, to visitation and child custody rights, couples need to think about many different changes that will be happening in their lives.

That’s why Mr. Shapiro is creating a bullet-point guide that will help to guide individuals through the various issues that might arise, specifically during divorce litigation. This part of the guide highlights some of the guidelines that may arise during discussions about medical expenses and health insurance in divorce.

In most cases, the courts consider any assets created during a marriage to be marital property. However, this leaves a few things open to speculation. For instance, your divorce lawyer could ask a court to consider things like healthcare benefits and pensions.

Can Courts Order Spouses to Pay for Medical Bills

The courts must consider various pieces of information when splitting assets like pension benefits in a divorce, including whether a spouse should be asked to pay for the medical expenses of an ex-spouse. In this case, the court might look at statutes dealing with alimony or spousal support.

One other issue addressed in divorce is how couples can deal with health insurance. Lots of families have one partner that relies on the health insurance benefits of the other. However, those benefits will disappear when a divorce happens.

New York divorce is often very complicated, particularly when issues regarding health insurance, pensions, and other benefits arise. If you have any concerns about the things that we addressed above, you can find more information here on the website or our blog. However, there’s also the option to call Mr. Darren Shapiro and arrange an initial consultation instead. Up to the first half hour of the initial consultation is free. You can get in touch on (516) 333-6555 or use one of our contact forms.