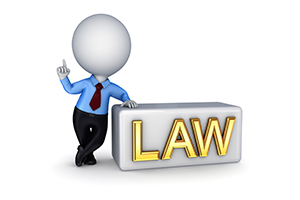 On this website, you’ll find a series of articles created by Long Island and Nassau County Divorce Lawyer Mr. Darren M. Shapiro to assist individuals who need to learn more about family law, child custody, and divorce. Because browsing through dozens of articles can be complex, Mr. Shapiro also offers a series of guides like this one. These guides organize crucial ideas about divorce litigation and mediation, into handy bullet-points, so they’re easier to understand.

This guide on divorce litigation has a series of parts contained within it. Part 18 focuses on post judgement modifications in a divorce case, and the decisions couples might make when it comes to vacating a divorce.

Issues often arise in divorce cases, when one party or the other is unhappy with the final judgments and orders set out by the court. As a divorce attorney, Mr. Shapiro commonly works with clients who need help modifying and enforcing agreements after a divorce judgement.

Is it Possible to Vacate a Judgment of Divorce?

Some couples will be able to modify a divorce order by approaching the courts and asking them to change certain aspects of the judgment. This is something that generally can only happen when there has been a substantial change in circumstances (like for child support or child custody). However, modifications don’t erase the orders previously made. Some of Mr. Shapiro’s clients wonder if it is possible to vacate a divorce judgment or eliminate it as though it had never existed.

If you have any questions about the issues addressed in the bullet points above, or you would like to learn more about modifying and enforcing the terms of a divorce litigation judgement, you can find further insight on this website. Mr. Darren M. Shapiro is available to discuss your own individual case, with a thirty-minute initial consultation available for free.

Please reach out via the contact form on this website or using the phone number (516) 333-6555, to discuss setting an appointment for our initial discussion.