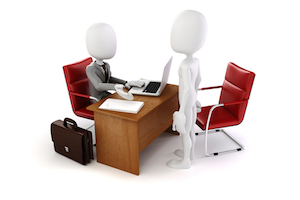 Often, when Mr. Darren M. Shapiro Esq. is faced with a case of divorce, he will inform his clients that there will be a number of factors to consider to cover all the topics in a divorce - from maintenance, to equitable distribution, child support, and more. After all, the divorce process is complex, emotional, and often highly personal for the people that are involved. However, while Mr. Shapiro can give some insight into the typical movements of a divorce procedure, and let his clients know what they can expect given the particular route they choose to pursue, it's important to keep in mind that deviations from the norm can happen in certain situations.

For instance, if parties involved in a divorce go through mediation with Mr. Shapiro, then they will be free to determine and agree upon what they find to be "fair" regarding equitable distribution, child support, and maintenance. The same applies for collaborative cases, and settlement negotiations. However, when Mr. Shapiro deals with litigated cases, determinations made regarding equitable distribution, maintenance and child support in a divorce case will often follow a set of guidelines that have been developed across the years thanks to a consideration of numerous cases and precedents and the current statutes. These guidelines make it easier for judges to determine a starting point from which to develop orders. However, in certain cases, there are circumstances that may allow for standard amounts and guidelines to be deviated from.

In consideration of matters of child support, the basic amount considered for support may be deviated from as a result of the court's determination, resulting from the consideration of the finances required by each parent in caring for the child, or children. Other reasons that the court may choose to deviate from guideline amounts include a consideration of the physical or emotional health of the child in question, as well as any special needs that child may have. As Mr. Shapiro reminds his clients, the court may also consider the standard of living that the child has grown used to during the parental relationship they previously had. What's more, in certain circumstances, should the father or mother need to apply for additional education in the pursuit of career goals, the court may weigh this information in determining whether the basic prescribed amount should be deviated from.

There are a number of reasons wherein the New York Court may be tempted to stray from basic guidelines in a consideration of the best interests of children in a divorce case. Reasons might vary from tax implications to the non-financial input of the parents. What's more, if the resources financially available to support the children who live with the adult in receipt of child support payments are less than the payor parent, the child support amount may be increased. Further, in cases wherein extraordinary expenses for visitation may apply (such as in cases wherein the father or mother lives in a different state), there may be changes made to the allowance amounts accommodating these costs. These factors mentioned need to be considered not only in award of a deviation from the child support guidelines for the initial $141,000 (this amount changes over time) of combined parental income, but also how much support should be awarded to individuals, if any, above the threshold amount.

The same sort of considerations will also apply when children aren't necessarily involved in a divorce case. For example, in regards to the issue of maintenance, Mr. Shapiro recommends his clients consider the changes in rules that will take place at the end of January, 2016 - determining the way in which certain formulas are used to determine durational maintenance. Deviations from the given formula will be taken into consideration by the New York Court under particular circumstances - such as the age and health of parties involved, the need for each party to engage in training or education, and the present or future earning abilities of the parties. The court may also be encouraged to consider other factors, such as acts committed by one party against another in limiting that individual's money-earning capacity.

The cap currently imposed at the time this page was drafted (this amount changes over time too) upon the income of any payor in cases of maintenance that are determined by the New York Court is at $175,000. However, any determination that income above this amount should be used will take place according to the discretion of the court. What's more, it's important to consider that the cap will naturally change as time passes, and the value of money evolves. Mr. Shapiro generally reminds his clients that the length of a marriage can offer an insight into a time range for how long maintenance may be awarded for. However, the same elements used to determine deviations in reference to financial amounts can also be used to decide whether durational guidelines should be deviated from.

Finally, when it comes to the matter of equitable distribution - a concept that often leads to numerous complexities for lawyers, like Mr. Shapiro, who focus on the area of family law -the starting point for the sharing of marital assets begins at 50/50. However, this distribution only takes into account any items that were acquired during the course of the marriage - and not items that were determined as "separate property". An issue covered by Mr. Shapiro somewhat frequently is the fact that equitable distribution doesn't necessarily mean that properties will be divided "equally". Instead, the court must figure out what they regard to be "fair".

Deciding what is fair will mean a consideration of numerous factors, similar to the ones determined above. For instance, the New York court may consider the income, financial resources, health, and age of both parties. Beyond these factors, numerous other matters that the court should consider will include whether a parent with custody over a child in the marriage will have to continue living within the family home, and any inheritance that may take place as a part of the divorce procedure.

For more information about the various awards that may be given by the New York Court during a divorce judgment, please reach out to us. If you would like to discuss your particular case with Mr. Darren Shapiro, schedule your free half-hour appointment whenever possible. It would be our pleasure to speak with you.