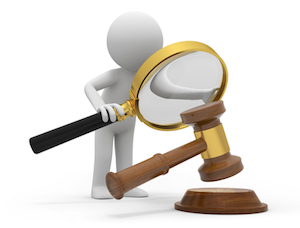 The New York Child Support Standards Act lists valid justifications to order a different amount than the presumptively correct amount that the formula in the law suggests. There are ten reasons for an upward or downward departure or deviation from the guideline amount set forth by the Child Support Standards Act. When clients are looking for more child support or to pay less child support, New York State, New York City and Long Island Child Support Attorneys need to consider these reasons. Because the law has a formula to determine what the proper amount of child support is supposed to be, to get a different amount can prove to be a difficult endeavor. There is discretion, however, about certain items that can be tacked on to the basic child support amount and whether the formula should apply to higher income, so solid legal arguments can prove crucial to each side of the case.

This office can assist you be it in a litigated case, negotiated matter, collaborative law or mediation. We will work with you to select the choices that make the most sense. Our office is conveniently located in Nassau County in Jericho, New York on Jericho Turnpike, easily accessible from the Northern State Parkway or Long Island Expressway. Both Suffolk County and Queens County are nearby. The office is only a short train or car ride away from other parts of New York City and the New York City area.

The listed proper reasons (paraphrased) to consider a deviation are: the finances of the children and each parent; special needs, abilities and overall health of the child(ren); lifestyle if the family stayed intact; tax impacts; contributions to the child’s life besides money; educational needs of the parents; large income differences between the parties; the needs of other children living with the child support payor, if there are less resources to support those children; substantial amounts of parenting time that reduce the expenditures of the custodial parent as long as it is not a public assistance case. There is a final discretionary reason that allows a court to consider any other factor that it believes to be relevant. We have handled many child support cases, on both sides of the issues, along with the various nuances that each case brings. Darren can help you attempt to get the best support order, for you, and make sure you understand all your options along the way.

Years of case history has dictated valid reasons to deviate from the guideline amount or when it is not appropriate. For example, the child living with parents an equal amount of time (shared residential custody), alone is not enough for a court to order a different amount of child support from the presumptively correct number. Many practitioners, before this decision by the New York Court of Appeals used to proportionately offset child support obligations in such a scenario. That landmark court decision, however, held that the normal formula should be used with the “non-monied” parent considered to have custody for the determination of child support. The other reasons to deviate that were enumerated above, however, still could be cited to justify a departure from the presumptive amount. Usually, though, the court will order the formula amount. Proof and persuasion are necessary to convince anyone that something different than the formula should be followed. The simple recital of one of the reasons, without more, might not be enough.

In cases where there is a combined income over $141,000 (this is the amount as of 2014 which changes over time), there is a choice by the court whether any support should be ordered, for the income over $141,000 and how to calculate that amount if it is to be considered. The actual income of everyone in the case might be a source of debate. Employment “perks” might be added, or income imputed due to employment history, ability or the payment by others of a party’s expenses. New York City and local taxes, as well as FICA (social security and Medicare taxes) can be deducted from the gross income as well as other less common deductions allowable under the law.

For the first $141,000 of combined parental income, the correct percentage should be applied (17% for one child; 25% for two children; 29% for three children; 31% for four children; no less than 35% for five or more children). The non-custodial parent should pay their “pro-rata” share of the percentage of the combined income. Pro rata shares are the percentage of the total income that each parent comprises. The amount or the applied percentage amount for combined income over $141,000.00 is to be determined by similar reasons that are listed as permissible situations to deviated, but they are a little different. Health care costs, child care, educational, and life insurance, among other items can be included in addition to the basic amount of child support. As your lawyer, Darren will work hard and closely with you. Our office seeks to expedite the resolution of the matter and obtain promising settlements or decisions as soon as possible.

We are familiar with the legal arguments and techniques that can be used to help you get the best possible award. The formula described is not always straightforward and Darren will make sure you understand the applicable law. Please give us a call for your free initial consultation if you would like to talk to our office about your situation. It would be a pleasure to speak with you about your case and explore how to best handle your situation.