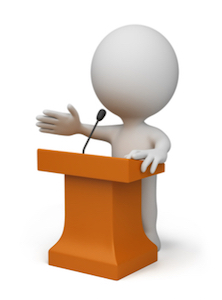 A divorce is a complex and emotional experience. When children are involved, the situation can become even more complicated, as parents must come to decisions about how the child should be raised, who should be awarded custody, or parenting time, and whether child maintenance should be awarded. With so many different decisions to be made, it's no wonder that many parties require the long-term support of a child custody attorney like Mr. Darren Shapiro.

Today, as the world of work becomes more competitive, and opportunities open up around the country, it's more common than ever for families to move between states - particularly after a divorce takes place. Some individuals decide to move to a new city in search of a fresh start, while others simply decide to move because they're still young, and they're hoping that a new location will deliver new opportunities for their careers. While it's become easier for people to move between states in recent years, this situation can mean that it becomes more complex to make important choices when a couple gets divorced, and the parents need to know what to do next in the best interests of a child.

Supporting a Child When one Parent Moves Home

Several years ago, divorce lawyers like Mr. Shapiro often worked with couples when courts in different states would routinely enter conflicting orders in child custody cases across New York. For instance, one court might make an initial determination in the state of New York, only to have to reconsider the case when a non-custodial parent moves out of state and attempts to file for a modification of the order with a different court. According to a clause known as the "Full Faith and Credit" legislation in the United States Constitution, the court responsible for the state the new parent lives in should honor the order from the New York court. However, this wasn't always the case in practice.

Eventually, the courts needed to come up with a scenario that they could use to keep parents and divorcing parties on the right track according to the best interests of the children when it came to discuss and modifying child custody and visitation orders. The result was the passage of something called the Uniform Child Custody Jurisdiction and Enforcement act, which has been adopted across 49 states today, including New York. This is the act that child custody lawyers like Mr. Shapiro must refer to when determining which state should be given jurisdiction over a case of child custody in a divorce or even for non divorcing parties.

Understanding the UCCJEA in New York

Like many things when it comes to divorce law, and working with a child custody attorney, clients of Mr. Shapiro can often find the UCCJEA difficult to understand. While this act is quite lengthy and complex, the basic principle behind it is that once a state has made a decision regarding child custody, that state should be able to maintain their jurisdiction over the case, until the scenario changes in a specific way. For instance, the child, or the child and a person acting as that child's parent may no longer have a significant connection with the state responsible for the original determination, and this would mean that it's okay to seek a different state to take jurisdiction. On the other hand, it would be possible to look for jurisdiction elsewhere if there's no evidence of the child's personal relationships within that state.

Another reason that the jurisdiction for a child might change, is if the court in any State decides that the child's parents, child, or any person responsible for the child is no longer a legal resident of the state that was responsible for the original order. As divorce lawyers like Mr. Shapiro often remind their clients, these rules apply not only when issuing new determinations, but also when it comes to modifying existing determinations. This means that a court in an alternative state will not have the right to modify existing determinations when another state is found to have jurisdiction over that case.

Handling the Complications of a Child Custody Case

Importantly, there are exceptions to the rules in a lot of circumstances involving divorce and child custody. For instance, any given state will be able to assume jurisdiction, even for a temporary time, over a case wherein a child has been abandoned by their parents. It's also possible for another state to take charge if the safety of the child is in jeopardy. Crucially, the UCCJEA can be very complicated, and this is why it's so important for any case involving children or divorce to be handled by an experienced divorce attorney with experience in family law and child custody, such as Mr. Darren Shapiro.

If you're in the middle of a dispute regarding child custody, and you want to make sure that you serve both your best interests, and the interests of a child when responding to a partner who lives, or plans to move to another state, please reach out to our principal, Mr. Shapiro for help. Darren Shapiro has in-depth experience handling the courts of New York and supporting cases with an out-of-state child or parent. Contact him today on (516) 333-6555 to schedule your initial 30-minute consultation.