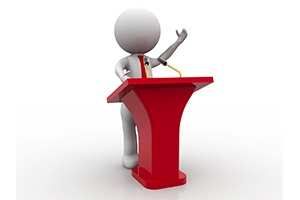 As a child custody attorney and divorce lawyer, Mr. Darren M Shapiro has found himself dealing with a wide range of complex cases during the life of his career. Often, child custody cases are complicated by their very nature, as they require the court to consider the past behavior of parents, in an effort to decide on the best possible future for a child. An important thing to remember about child custody trials, is that there's no real "winner", when all is said and done. The animosity between the parties is most likely great than it was before the trial which animosity is not good for the children involved. But, some cases do not settle and trial absolutely happen. After a trial the aim of the court is to make sure that the best interests of the child has been taken to account.

While it's possible to recite facts in a way that slants towards the favor of a specific party, the information that's revealed during an opening statement should be be entirely factual and free from inflammatory statements. Opening statements are designed to allow child custody attorneys to discuss the facts of a case without exaggeration. While in a jury trial it's crucial not to underestimate the value of an opening statement as many believe that entire trails could be lost or won through an opening statement. It is not the same with a bench or judge trial. In fact the opening statement being done might not be appreciated by the judge who wants to move the case along.

Importantly, the length and content of an opening statement is likely to vary drastically from one case to a next. After all, if your case is particularly complex and includes a lot of diverse factors, then it will take longer for a child custody attorney or divorce lawyer to cover all the elements that need to be addressed in an opening statement. Some jurisdictions have begun to set their own rules about how long an opening or closing statement should be permitted to last in any given circumstances.

Opening statements during child custody cases can even be used to help build a relationship with the judge on the behalf of a client. If a lawyer can humanize his client and make it easier for the judge to see his or her good side, then this could improve their chances of winning the case.

To ensure that a relationship can be built as effectively as possible, child custody lawyers and divorce attorneys will often attempt to avoid making any notes or ignoring the court during the opening statement. Eye contact, without pointing or gesturing aggressively during the speech might be effective. At the same time, Darren Shapiro will attempt to present himself as an approachable and professional person by maintaining a gentle tone.

An opening statement in a child custody case can be a powerful thing. It helps to establish relationships and identify the disputes that could be outlined during a case. By helping the judge to see the details of a case using clear language, it's possible for lawyers to engage their jury, and begin to change their opinions on a particular set of circumstances in a child custody proceeding. Sometimes, child custody attorneys might even decide to outline the main weaknesses that might come to light within their client's case during an opening statement.

By outlining any weaknesses ahead of time, child custody attorneys and divorce lawyers can increase their chances of looking honest, and improve the overall impression that the judge has of their client. At the same time, this process can lessen the impact of weaknesses in the case when an opponent addresses the issues on the other side. Of course, it's important to minimize these sections where possible, as a powerful opening statement can help to build a strong foundation for a client's case.

To understand the details of opening statements further, or discover more about child custody and family law, please feel free to contact our principal Mr. Darren M. Shapiro today. You can contact him either through our online form, or over the telephone at (516) 333-6555 to discuss the details of your free initial consultation.