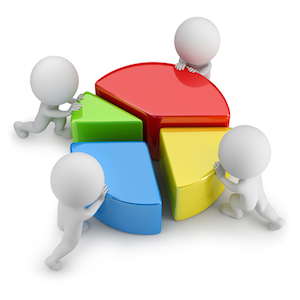 Darren M. Shapiro Esq. has worked as a diorce mediator and attorney, dealing with cases in divorce and family law. Individuals who are considering getting a divorce to dissolve their marriage with their spouse often find that they have numerous questions regarding the concept of equitable distribution, a notion that Mr. Shapiro is well-acquainted with. "Equitable distribution" is a legal term that is used to refer to the method of dividing property, assets and obligations between spouses as part of divorce proceedings. A crucial concept that Mr. Shapiro helps his clients to understand is that "equitable distribution" does not necessarily ensure that things will be divided "equally", only that they will be divided fairly according to the law. Throughout New York and Long Island, the doctrine of equitable distribution is utilized in considering the current and future financial circumstances of each spouse involved in the termination of a marriage.

Although equitable distribution can be regarded as a somewhat flexible system, it is often difficult to predict the outcome of different cases, as some factors to be considered are highly subjective. While each case can vary widely, Mr. Darren Shapiro works to protect your best interests, guiding you through each stage of the divorce process and helping you to understand the way that assets, obligations and property are divided. This process will involve three major steps, the first being establishing which property is part of the equitable distribution, the second being the valuation of that property, and the third being the actual division of assets.

The law in New York establishes the property accumulated in a marriage as either "marital" property or "separate" (non-marital) property. The only property that will be included within the process of equitable distribution is the marital property, and this includes anything acquired or purchased during the duration of the marriage that does not fall under the category of separate property such as inheritances. In certain cases, separate property can lose its non-marital status over time, due to the co-mingling of assets, therefore being marital property. For example, this can happen if cash is deposited into a joint bank account, therefore becoming "transmuted" into marital property.

There are various considerations to be made when it comes to the equitable distribution of real estate in a divorce. For example, if the house in question will be sold, then both spouses will need to come to an agreement about who will occupy the home until the sale takes place, as well as who will pay any expenses that the house generates, including fees for insurance, utilities, mortgage repayments, and home repairs. When the house is sold, the two spouses, with the help of Mr. Darren M. Shapiro (in cases where he is the mediator), will need to reach a decision about particular factors within the sale. For example, they would need to establish when the sale was taking place, and how the correct selling price will be determined. Furthermore, an agreement would have to be reached regarding where and how the proceeds will be divided, and whether the other spouse will be given the option to buy.

Once marital property has been appropriately assessed, identified and valued, the parties involved in a divorce procedure will need to divide the proceeds of the property or the property itself according to what the law determines to be "fair". There are numerous factors that can impact the decision of what is "fair" including how long the marriage lasted for and the financial situation of each spouse during the time of the divorce.

A further issue that Mr. Darren Shapiro will discuss with his clients in the process of a divorce case, is how the retirement funds and professional assets of a couple will be divided through equitable distribution. In some divorces, the retirement accounts can be considered as a crucial and valuable asset. Under the law of New York equitable distribution, retirement funds must be valued then divided fairly between both parties. The basic assumption that takes precedence within most divorces is that any marital assets and marital debts will be divided equally, but this is not the case in all circumstances.

Dividing professional assets such as licenses, businesses and degrees can be particularly complex. Fortunately, however, Mr. Shapiro has plenty of experience in dealing with complicated circumstances such as these. Similarly to retirement funds, the value of the business must initially be determined, before a decision can be reached on how that value will be divided. In some cases, a divorce between two partners does not mean the divorce of a business, and many business owners will actively take steps to protect their businesses from such threats. A possible way to protect a business is to enter into a postnuptial or prenuptial agreement with Darren Shapiro, which dictates if the business can be seen as separate to the marital estate or what will become of the business in a divorce.

The term "equitable" is used to designate what is "fair" within divorce proceedings. Sometimes, postnuptial and prenuptial agreements can provide a basis for deciding how property is divided. However, in certain circumstances, the court may decide to void those agreements by motion of one of the parties under certain circumstances. Furthermore, if no such agreements exist initially, then both parties and their attorneys will need to come to a reasonable agreement of what can be considered to be equitable. If an agreement cannot be made, then the court will take over the task of equitable distribution.

For any further information about the concept of equitable distribution, or the legal process of divorce, please contact Mr. Darren Shapiro. Whether you simply want to ask questions, or are interested in scheduling your free consultation, we urge you to reach out and let us know how we can help. It would be our pleasure to speak with you regarding your legal needs.