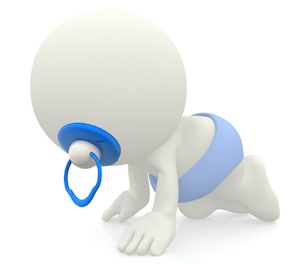 Darren M. Shapiro has honed his skills working as a matrimonial and family law attorney over the years to resolve complex family law cases. One particular form of legal dispute that Mr. Shapiro has grown accustomed to during his time in this profession, centers around the concept of child custody and parenting time (or visitation). Throughout Suffolk County, Nassau County, New York City, Queens and surrounding areas, Mr. Shapiro has frequently found that the process of dealing with visitation and custody can widely differ from one set of circumstances to the next. However, no matter the personal details of a case, there are certain decisions and considerations that must be made in order to comply with state laws.

Similarly to any matter concerning children, if an agreement cannot be established in amicable terms, the court will need to consider the factors of the case and make a ruling according to the best interests of the child(ren). Darren Shapiro works to cover such topics with his clients in depth, regardless of whether the process chosen to resolve your child custody and visitation issues is litigation, collaborative law, mediation, or settlement negotiations.

Firstly, there are specific areas of child custody that Darren M. Shapiro can help you to work through initially, before any further progress can be made. The first issue to manage is where the child(ren) will live. When a court order requests a child to live with a specific person for a majority of the time, that parent will be regarded as having residential custody. The second issue that must be defined through the use of a custody order, is who will have the capacity to make decisions on the child's behalf. The couple or parent responsible for making these decisions will be regarded as having "legal custody".

When a single parent is given complete or "sole custody" of the child(ren), the implication is that the child(ren) will live with that person, and that person will have the authority to make decisions on their behalf. Therefore, that parent or guardian will have both residential and legal custody of the child(ren). Typically, legal orders request that the parent with sole custody should consult with the other parent before making any significant or serious decisions. However, the parent will sole custody will have the final say. If sole custody cannot be awarded, a relatively common result is that one parent will be awarded with residential custody, while both will share legal custody. This simply means that the child(ren) will live with one parent, but the couple will be required to consult with each other when making decisions for that child.

Commonly, the custody labels provided to parents in a child custody case are simply semantics, as it is possible for someone to share legal custody with another parent, however one parent may still have the final say in the event of any disagreement. Sometimes, parents may be given joint custody within specific spheres of influence. In other words, one parent may be given the right to make decisions for the child regarding education, whereas the other will be given the option to make final decisions regarding medical needs and healthcare.

Darren M. Shapiro has worked with many cases regarding visitation, parenting time and access. Throughout his years of experience, he has found that a number of essential factors can become relevant when making decisions regarding the access rights of parents. Some issues typically involve who gets to spend time with the child on certain days, who will be given access over vacation times, holiday times, and so on. Parenting time and visitation schedules can alternate significantly from one circumstance to the next, because all family situations are different.

In many cases, a provision will exist within the child custody and visitation order that will allow one parent to interrupt scheduled parenting time of the other so that one or more weeks of vacation time may be scheduled each year. The court may also choose to include a provision that offers one parent priority for vacation time in specific years. For example, one parent may have priority in odd numbered years, whereas the other has priority in even numbered years.

In the unfortunate incident that the child(ren) in question suffers from an illness or accent, each parent will be expected to inform the other of the incident, as well as the name of the healthcare provider and where the child will be treated. Additionally, each parent will have reasonable access and contact with the child, meaning that they must be updated regarding any changes in addresses and phone numbers. Language can be included in orders regarding relocations that are permissible or not to ensure that both parents have meaningful parenting time.

As with any concept of family law, there are numerous nuances and variations involved with any case. Mr. Shapiro will work tirelessly with his clients to ensure that the most successful outcome is reached according to their needs, and the best interests of the child(ren) involved. For more information about family law issues, please reach out to us. Either call for your initial consultation or get in touch with any questions you might have. It would be our pleasure to help you with your situation.