Custody Modification due to Parental Alienation 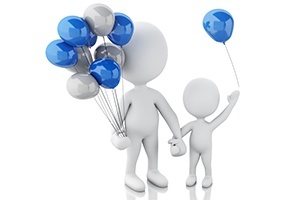 Mr. Darren M. Shapiro, Esq. has worked as a family lawyer within Long Island and New York for a number of years. During this time, he has worked with clients on everything from divorces, to mediation, to child custody disputes. In the legal world, custody cases are unique in that they differ in format to almost every other case. In a custody case, the courts of New York must look forward and attempt to predict which parent will provide for the best interests of the child. When making such determinations, one of the factors that the court is likely to think about, is whether the custodial parent in question would be likely to encourage an ongoing relationship with the noncustodial parent. Psychologists and legal experts alike generally believe that it is in the best interests of the child to have a relationship with both parents, unless particular factors are in play.

Crucially, as Mr. Darren Shapiro reminds his clients during custody matters, no court in New York will look favorably upon a custodial parent who refuses to allow their child a full relationship with the noncustodial parent, or somehow stands in the way of that relationship. In these circumstances, the non-custodial parent may be able to claim parental alienation, and therefore request an adjustment to the child custody order that is in place. According to psychologists, parental alienation occurs as a result of behavior, unconscious or intentional, by one parent that damages the child or children's relationship with the other parent. When this damage occurs, the children may embellish misrepresentations that one parent teaches about the other. Interfering with visitation or parenting time is one example of alienating behavior, and studies show that it is in the best interests of the children to maintain a relationship with both parents.

Children naturally thrive best in circumstances when both parents have frequent and regular parenting time in the eventuality of a divorce or a relationship in which the parents are not together. In fact, child specialists in mental health suggest that there may be an increased risk of relationship issues and personality disorders in children when parental alienation takes place. As such, it is crucial for the New York court to consider the impact of alienation and the onset of negative relationships between children and parents when coming to determinations about custody and visitation times.

Sometimes, when explaining the different aspects of child custody to clients, Mr. Darren Shapiro may find it helpful to address and discuss other cases that the couple may find relevant to their own circumstances. One such case is Musachio v. Musachio, which refers to a New York couple who engaged in a child custody settlement that was intended to survive as its own entity. These parties agreed that they would maintain joint custody over their four children. While the mother (the defendant), would be given residential custody, the father would be allowed regular visitation. In 2008, the court decided to allow the father's application for temporary custody over all four children, while suspending child support obligations under the basis of information that the mother had been substantially interfering with his relationship with their children.

Following the events of the custody alteration, an appellate court decided to reverse the order, suggestion that the custody transfer would not be in the best interests of the children, and the matter was returned to the lower court so that a court-appointed therapist might offer opinions on how to deal with the children's alienation from their father. Following the hearing in the lower court, temporary sole custody was given to the father of the two daughters, and the court removed child support obligations to the sons based on the grounds that they were emancipated. At this time, the mother appealed to parts of the order and judgment, and the appellate court explained that when requesting a modification of an existing custody order, it is crucial to show that the total circumstances had changed since the existing order was determined. What's more, the circumstances must have changed in such a way that a modification would serve the best interests of the child or children.

In any and all cases of child custody that take place within New York, the court is concerned primarily with serving the best interests of the children involved. Because of this, the court will only ever transfer custody in the form of modification if that is in the best interests of the child. When dealing with such matters in court, Mr. Shapiro reminds his clients that the court will begin to look at both parties' credibility. What's more, an appellate court will not disturb the determinations of a trial court unless it lacks a sound reason determined by the record. In the circumstances of the Musachio cash, the appellate court found that the plaintiff had shown the trial court an alteration of circumstances that determined modification was necessary in the best interests of the two daughters. The record also showed that the mother had been actively interfering with the father's relationship as it existed with the two girls in a way that was counterproductive to their best interests. Furthermore, the record showed that the father was far more likely than the mother to encourage an existing relationship between the mother and the daughters if he was given sole custody.

Because custody matters are so complex, it's important to have a compassionate, friendly, and experienced legal presence by your side when managing your case. To learn more about the complications and various matters that can be addressed during a child custody proceeding, please reach out to us. If you are interested in using Mr. Darren Shapiro's service as a collaborative attorney, litigator, or mediator, please schedule your free half-hour consultation at your earliest convenience. You can contact us either via our online form, or over the phone at (516) 333-6555.