Home
Practice Areas
Child Custody and Visitation
Custody and Guardianship in New York: What You Need to Know

Custody and Guardianship in New York: What You Need to Know 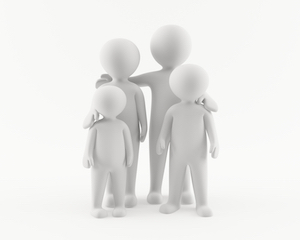 There are many aspects to family law. One of the most emotional things to consider for some courts is how a child will be cared for if the parents are unable, unwilling, or unfit to provide the right support for their children. The courts of New York are always required to take the best interests of a child into account when making decisions about that youngster's future. If parents aren't able to properly look after a child, then the New York courts may choose to award custody or guardianship to another adult.

Importantly, under the laws of New York family law, and the guidelines that Attorney Darren Shapiro deals with every day, custody and guardianship of a child are two linked, but different concepts. The intersection of the two ideas can be complicated, and often challenging to understand. As Attorney Shapiro tells his clients, in most default cases, a child's parents will be awarded custody of their children. This will include physical custody, which dictates where the child will live, and legal custody, which describes the right to make crucial decisions about the child's life. In some cases, however, a child's parents will be unavailable or unable to care for their children, and in this case, alternative caretakers must be established. In this case, custody usually applies to a non-parent.

What is Guardianship in New York?

The term "Guardianship" used in New York family law is generally used when applying to minor children under the age of 18. Any child under the age of 18 who is not married will need a legal guardian. Once this guardian has been appointed, often with the assistance of a family lawyer, the individual will have the same power as a parent for that child when making decisions about their future.

According to the laws of New York, anyone can petition to become a guardian of a minor child. However, before the courts can appoint an official guardian, they will need to determine that appointment suits the best interests of a child. When a child is older than 14, the courts may approach him or her to ask about their opinion regarding the appointment of a guardian. It's easier to obtain a guardianship ruling if the parents of the child agree to the request. However, family lawyers like Darren Shapiro can take the issue to court and ask for the courts to override a parent's objection to guardianship too.

Depending on the circumstances, guardianships can either be established for a particular purpose or temporary. For instance, if a parent is unwell and unable to look after a child when receiving treatment, they might ask for a guardian to be appointed temporarily until they have recovered. In this situation, the guardianship will not begin until the parent requests it to, and the guardianship will only last for as long as required according to the case. Additionally, it's worth noting that once guardianship is established, a child's parents will remain the legal parents of that child and will be able to petition the court to become the legal guardian of the child again. To change custody, on the other hand, a substantial change of circumstances needs to be proven.

What is Custody in New York?

As mentioned above, guardians in New York have the same rights as a custodial parent to a child. However, obtaining custody of a child for a non-parent, when there's no agreement that allows for this to happen, can be very difficult. The courts in New York will require the non-parent to petition them with evidence of extraordinary circumstances that suggest that a change in custody is necessary. For instance, the non-parent may need to prove with the help of a family attorney like Darren Shapiro that issues like neglect, domestic violence, or abuse are part of the situation at hand. If a party can prove that these extraordinary circumstances exist, then they will also need to prove that a custody change would be in the best interests of the child.

Custody orders are often considered to be more permanent solutions to childcare issues, while guardianship may last a lifetime, but also has the opportunity to be temporary. Whether you're seeking to obtain custody or guardianship of a child, it's essential to ensure that you have the right assistance. An experienced family law attorney like Darren M. Shapiro can discuss your circumstances with you and suggest the right strategy to suit your needs.

To find out more and book your initial consultation for free, contact the law and mediation offices of Darren Shapiro today at (516) 333-6555.