Crucial Things You Should Know About New York Child Support 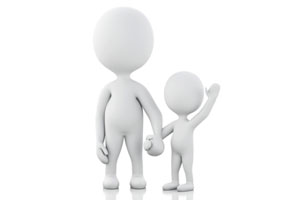 As a child support attorney and divorce lawyer, Mr. Shapiro does his best to provide constant resources and support for people in need of assistance with family law issues. One of the most important things that Mr. Shapiro has noticed during his time in the Long Island and New York courts is that clients frequently feel overwhelmed by the complex rules and regulations that are set in place regarding child support standards.

Following are some of the most commonly overlooked issues in child support cases. These guidelines should help you to clarify your position in a child custody case if you're feeling overwhelmed or uncertain about the situation you're in.

One thing that Mr. Shapiro frequently assists his clients with is coming to terms about the amount of child support that should be awarded following a divorce. Agreements as to the amount of support that should be paid can either be settled by the parents themselves during negotiations or mediation or collaborative law processes, or a New York court can provide their assessment of a "fair" payment, based on a number of added and basic components. As a child custody lawyer, Mr. Shapiro often informs his clients that the first "basic" component comes from an assessment of the capped income amount considered by adding both parental incomes together. As of 2016, the initial capped income is $143,000.

This income will include gross total income, investment income, and various other benefits. If both parents have a combined income that equals over the cap, additional levels of basic support may be ordered by the court according to "Paragraph F" factors listed out in the statute. In most cases, there are a range of factors that can be addressed during a consideration of child support payments. The basic level is calculated according to a formula wherein the non-custodial parent is required to pay a basic support level of their share of 17% of the capped income for one child, 25% for two children, and so on. Then a determination as to what amount to order for any combined parental income is determined by the court according to the percentages or other amounts according to the criteria listed in the statute.

As noted above, when Mr. Shapiro works as a child support lawyer or divorce attorney for an individual or as the mediator for a couple, he can help them to calculate the amount they may be asked to pay according to "basic" and "added" support components. In each case, the financial background of the parent, the emotional or physical health of the children, and other aspects can have an impact on the support to be paid. Even tax implications may require a judge to deviate from standard formulas. While the court will prefer to use the standard formula when calculating support, Mr. Shapiro has seen many examples of reasons for deviation during his time as a child support attorney.

Deviations may be awarded on the basis of a parent's financial income. Additionally, a court may address different calculations when catering for the special needs of aptitudes of a child, as well as their emotional, or physical health. For the New York court, it's always crucial to consider all aspects of the "Best Interests" standard, when making decisions regarding child custody and support. As a divorce lawyer, Mr. Shapiro has often found that the court regularly thinks about the standard of living the child might have had access to, had the parents remained together.

It's also worth noting that modifications can sometimes be made to child support arrangements. When "No Fault" divorce first entered the New York courts in 2010, changes were made. Prior to this time, the law indicated that support amounts could only be changed when an unanticipated change of circumstances occurred. A simple change of income was not enough in this case, and this often meant that changing child support orders were more difficult. However, as a divorce attorney and child custody lawyer, Mr. Shapiro can now assist clients in modifying child support when three or more years have passed, incomes have changed by 15% or more, or a substantial change in circumstances has occurred.

Another way in which a child custody attorney like Mr. Shapiro might help clients to adjust child support orders is through the timely written objection made regarding the notification of an adjusted order for Cost of Living by the Child Support Collection Unit.

As a child custody attorney and divorce lawyer, Mr. Shapiro often deals with "temporary" child support orders, which are issued during circumstances wherein a child support or divorce case is still in motion. These temporary orders can often be based on the pre-set guidelines that are regularly used for support cases, or they can be dictated according to the specific and unique needs of the individual child, or children.

Mr. Shapiro can work alongside clients to help them understand the nature of these temporary orders. He can also assist his clients when a child support order is finalized, and the court makes the final order according to the range of elements that can be addressed during such cases.

Finally, though calculations of income might seem straightforward, they're often something that can cause some confusion among Mr. Shapiro's clients in a child custody case. Mr. Shapiro has worked as a child custody attorney and divorce lawyer for a long time. As such, he has seen courts take a range of factors into account regarding temporary maintenance and support amounts. New York Domestic Relations law determines that the New Your court can impute or add income to people when they believe it is necessary. For example, fringe benefits and perks that are received through a person's profession can be added to the consideration of their overall income.

It's clear to see from the outline above that there are many complex factors involved in issues of child custody and divorce. Mr. Darren Shapiro can help to provide information and guidance to those who are confused about the circumstances that lay ahead of them. If you have questions regarding your own child support case, please contact Mr. Shapiro today either via his online form, or over the phone at (516) 333-6555.