Which Parent Should Be Able to Claim a Dependent Following a Divorce? 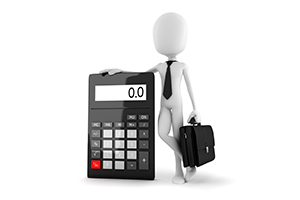 If not before, then sometime in the Spring each year, one very important thing seems to be on everyone's mind: tax returns. Indeed, this year that this page is written, and the years to come, it’s likely that more families will be thinking carefully about their taxes than usual, thanks to the recent changes to the tax law at the end of 2017. If you've been through a divorce or child support case recently, then you'll need to not only figure out how these new laws apply to you but determine what you're eligible to claim for as a newly single individual too.

Tax implications that arise when dissolving a marriage can be very difficult to understand, particularly for someone who's used to getting help with a joint tax return. Attorney Darren Shapiro, as a divorce lawyer always recommends that for specific tax advice the parties to a case consult with tax professionals like their CPA. As a divorce attorney, Mr. Shapiro knows that certain questions frequently arise, for instance, one query that frequently arises in these cases is which parent should be able to claim the child or children of a marriage as a dependent for tax purposes.

Claiming A Dependent on Your Tax Returns

As you may already know, the rules and regulations surrounding tax law dictate that only one person should be able to claim a child as a dependent on a tax return. However, custodial parents can sometimes waive their right to claiming certain benefits to assist the other parents. This would mean that the custodial parent would no longer receive things like the child tax credit, the child's personal exemption, and the right to deduct tuition and other similar fees. In other cases, the custodial parent may retain their head-of-the-household status for tax filing, as well as the benefits that go along with claiming a child as a dependent.

As a child custody attorney, Mr. Shapiro often reminds his clients, the IRS suggests that if parties have multiple children, they can decide how to split the credits for dependencies among themselves or ask the court to make the determination on their behalf. In most cases, the typical rule is that a custodial parent will have the right to claim the child as a dependent. However, that doesn't have to be the case in every situation.

In most cases, the best way to claim a child as a dependent as a non-custodial parent will be through the process of a legal agreement that is written into a divorce decree and managed by a divorce attorney like Mr. Darren Shapiro. If the parent with custody of the child agrees that the parent without custody should be able to claim a child as a dependent, and a written declaration is available to show that this agreement has been made, the non-custodial care-giver should be able to claim that child for as long as both parents provide half of the child's support throughout the year.

Managing Your Tax Returns After Divorce

As divorce attorney Shapiro reminds his clients, in cases where there are no written declarations that state a non-custodial parent should be able to claim a child, the IRS has posted guidance of some tie-breaker rules in place. These rules dictate when a parent should be able to claim a child as a dependent. Mr. Shapiro has consulted with the IRS guidance as a divorce lawyer, but does not give tax advice, he refers these issues to tax professionals. The tie breaker rules mentioned dictate that a child should be able to be claimed as a dependent by the parent who housed the child for the longest time that year. If the parents shared physical custody of the child over that period, then the dependent award will be given to the parent with the highest income.

Importantly, the information relayed here has been taken from the IRS publications related to tax deductions and parental rights. It's important to speak to a tax advisor or CPA before you use this advice in your own tax strategies. This blog is simply intended to provide general information to individuals who are concerned about how their tax strategy will change following a divorce or child custody case.

If you are currently divorced or are in the process of going through a separation, then you can find additional help by speaking to Attorney Darren Shapiro, a professional Long Island law attorney with decades of experience helping clients with all manner of family law issues. To learn more about how Attorney Shapiro can help you, call (516) 333-6555 to arrange your free initial consultation.