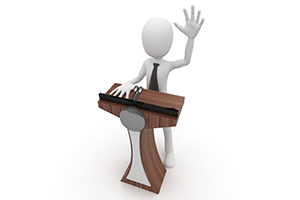 Since 1999, Darren M. Shapiro, Esq. has had the opportunity to hone his skills within various aspects of law - gathering information and techniques that direct his clients towards the best results in their cases. Within New York City and Long Island, and perhaps across the world, it's commonly accepted amongst attorneys that the toughest legal family cases are typically those that involve children. Sometimes, these cases can be about child custody and visitation, but other times, it's important to recognize that children often get caught up in the proceedings of divorce. In these circumstances, it's worth knowing how children's statements and hearsay are regarded during the divorce process.

The term "hearsay" has developed throughout the modern world as a relatively common term of speech for many non-lawyer individuals. In general, it is used to describe something that people believe they have a limited intuitive sense about. In other words, hearsay can be thought of as the "he said" or "she said" part of law, with no direct factual evidence that such utterances ever took place. Usually, these statements arise in family law cases from the "witnesses", who tend to be family members, the parties themselves, neighbors, friends, therapists, police, doctors, teachers, co-workers, or children. Though these witnesses may not be formally interviewed by the court in a direct manner, or cross-examined, what they saw or said might be sought to be introduced into evidence. But will the rules of evidence allow it to come in is a good question.

Statements offered outside of court as evidence of the truth of the matter asserted, are regarded as hearsay under the rules of evidence and are typically not admissible during a hearing or trial. Hearsay rules can apply to what the parties themselves are alleged to have said or what they themselves said - wither in live-testimony or declarations, but often times party statements are allowed in. Though hearsay is generally not admissible, this matter can be changed if the statements in question fall under a legal exception. As a practiced divorce and family attorney, Mr. Darren M. Shapiro has developed an in-depth understanding of the exceptions that can be applied to hearsay and statements, and endeavors to share that information with clients in need of further guidance.

For example, a particularly common exception within hearsay found within family law and matrimonial cases are those known as "party admissions". In simple terms, these admissions are regarded when witnesses offer information or testify regarding what they read or heard the other party involved within the case saying outside of the court. More often than not, the statements that have been uttered by the individual who is testifying regarding what was said outside of court will be allowed in, specifically when they relate to a conversation held with the party opposite within the case. However, these statements may not necessarily be classed as party admissions. Unless a particular statement is considered as detrimental to the party who allegedly said it, it generally wouldn't qualify as a complete admission. Other reasons that statements may be permitted entry into the court is if they aren't considered to be offered as evidence regarding the matter in question, but instead are simply offered to show that the statement itself was made. In simpler terms, if someone testifies that a party within the court case told them it was raining the day before, and offers this information to prove that it was raining, the statement would be provided as evidence of the matter asserted". On the other hand, if the information is being used to show that the woman in question was capable of speech, it wouldn't be "provided as evidence of the matter asserted".

One crucial hearsay exception was originally put into place to assist with neglect and abuse cases regarding children. This exception (found in Family Court Act 1046(a)(vi)) suggests that any statements children make about neglect or abuse can be admissible. Despite this, the given statements alone will not be enough to find evidence of neglect or abuse without corroboration. The statements in question may be corroborated by other pieces of evidence which are capable of supporting the reliability of the statement given. Another concept that typically comes into place regarding custody cases, but may also be applied to certain aspects of divorce cases, is records made by an investigator from children's services will not be admissible if they are in response to unfounded allegations. This also applies even if those investigations are properly certified and subpoenaed.

Other information that can be used as a hearsay exception includes certified court records. For instance, a certified copy that has been filed by the professional clerk used within the court, of a prior criminal conviction or court order for a particular party can be introduced into evidence and regarded as an exception. Another frequently used hearsay exception is certified business records that may be produced pursuant to a subpoena.

As an experienced divorce and family lawyer, Mr. Darren Shapiro does his best to guide his clients comfortably and safely through different aspects of law. When it comes to cases of divorce, he recognizes that each specific nuance can be important in achieving the outcome that is best for his clients, and as such, endeavors to provide the most complete information possible. To learn more about the issues surrounding family law, New York divorce and matrimonial cases, child custody and admissible evidence, please explore the information provided within our blog. If you are interested in using Mr. Shapiro's skills as a family law attorney within your divorce case, then please reach out to us and schedule your free half an hour consultation together at your earliest convenience. Simply let us know what we can do to offer assistance to you, we look forward to an opportunity to speak with you further regarding your legal circumstances and needs.