Children in Camera Testimonies Within a Child Custody Case 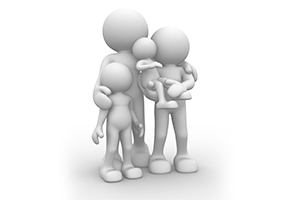 From his office in Nassau County, Long Island, Mr. Darren M. Shapiro is an experienced child custody lawyer and deals with a number of family law related cases. One of the most complex areas of family law he deals with, involves the issue of child custody, parenting, and visitation rights. As he reminds his clients, there are a number of different factors that can come into play when a court has to define the best interests of a child. For example, the courts of New York might consider the mental, and financial stability of the parent in question before awarding custody. Another matter worth considering if the child is mature enough, is his or her wishes regarding custody and visitation.

A child who is already suffering from the trauma that comes with a broken home should never be exposed to additional disruption when such a thing would be unnecessary. This was one of the concerns addressed in the case of Lincoln v. Lincoln, which established how testimony of children should be taken during child custody and divorce cases. This case found that it is better to consider a solution for obtaining information about the child's wishes, or his testimony regarding a case, through private means. As such, "In Camera" interviews were created.

Mr. Darren M. Shapiro can help his clients that need a child custody lawyer or have divorce concerns understand the complexity of "In Camera" interviews, which are designed to be held in private (not necessarily with the use of a video camera). In cases where a party, or the Judge or child’s lawyer may feel it's important for an "In Camera" interview to be available, Mr. Shapiro can apply for such a testimonial with the courts of New York. However, it's worth noting that it is up to the Judge to decide whether such an interview should be allowed. Ideally, most courts will prefer to keep children out of divorce agreements as much as possible.

Most courts believe that an interview conducted in private can limit the psychological damage a child experiences when partaking in child custody or divorce-centric cases. Generally, children who aren't being watched by their parents will feel more free to share information, than those who feel that they are under scrutiny. For instance, in Kessler v. Kessler, the trial court found the only way to avoid placing unjust emotional stress on the children in the case was to use In Camera interviews.

Though Mr. Shapiro cannot be present with a child during an In Camera interview, he can offer guidance to parents who want to let their children know what to expect, or need to learn more about the procedure for themselves. For instance, In Camera interviews or testimony are often conducted by a magistrate or judge assigned to a particular case. An attorney for the child may be present for the interview.

A further example of a case that helps to outline the use of In Camera testimony is Lincoln v. Lincoln. During this case, the courts found that children may regularly feel frightened or uncomfortable about the concept of speaking in front of others during a criminal or civil litigation. Particularly in the case of divorce proceedings, the likelihood is that a child will be asked to give their preference about which parent they'd prefer to be housed with, and give information about any important details in the case. In Camera processes, as your child custody lawyer can explain, give children the freedom to talk about their feelings without worrying about judgement.

Mr. Darren M. Shapiro is on hand to help clients with any issues that cause problems within an already fragile family circle, during the process of a divorce. His years of experience working within the courts of Suffolk and Nassau County Long Island can mean that he is able to offer in-depth insights into the specific styles used by the judges in both areas. For instance, most judges will do whatever they can to put a child at ease during an In Camera interview. This means that children can rest assured that their judge will speak to them in a conversational and gentle manner to limit their discomfort as much as possible.

It is the task of a judge in an In Camera interview to determine the best interests of a child, not only by taking what he or she says into account, but also by trying to look for subtle indications that the child has been taught to speak in a certain way during their interview. Any sign that a parent has pushed a child to act in a certain way will be severely frowned upon during a divorce or child custody case.

Mr. Shapiro can help residents of New York and Long Island to request In Camera interviews for their children, or help them prepare for such an event if it is requested by a court judge. However, he notes that most court judges will prefer to avoid bringing children "into the middle" of litigation that takes place between two parents, as this can cause additional emotional trauma. However, when the court determines that an In Camera interview is appropriate, a Lincoln Hearing is permissible.

Importantly, the judge will need to determine first whether the child in question is old enough, and mature enough to express his or her opinions about parenting and visitation situations. If children are deemed to be "too young" then their opinions may be heard but not be as influential as a more mature child.

To discuss the nature of your own child custody and divorce cases in further depth, or learn more about "In Camera" interviews, please contact our principal, Mr. Darren M. Shapiro, to schedule your free half-hour consultation. You can either call on (516) 333-6555, or fill out our free online form.