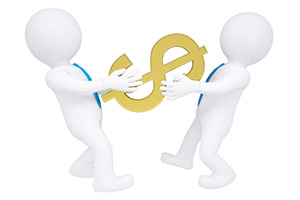 Mr. Darren M. Shapiro works with individuals throughout Long Island and New York to help them navigate the various complications involved with family law matters, and the courts that regulate them. A frequent area he covers revolves around child support and child-related decisions. Sometimes it is up to the New York Family to determine how matters should be dealt with regarding petitions for child support, new child support orders, and whether modifications should be made to existing orders. However, it's also possible for Mr. Shapiro to help his clients approach the Supreme Court of New York when establishing, enforcing, or modifying certain issues regarding child support - particularly in post-judgment divorce or divorce cases. In the majority of cases, child support payments that are conducted in New York will be made by a non-custodial parent, and paid directly to the other parent involved in the case or through something known as a "Support Collection Unit" or SCU.

As Mr. Darren M. Shapiro advises his clients during proceedings, once the New York court has chosen to issue child support orders that will require the support collection unit to obtain regular payments that SCU will collect and distribute finances accordingly. However, if the noncustodial parent responsible for providing support falls behind on his or her payments, then the SCU will have the right to enforce the order set in place by the court. Once a parent has applied for services, the support order will be required to be paid through the SCU, and the custodial parent will no longer have the option to accept payments directly from that non-custodial parent, or informally agree to make changes within the support order. If the noncustodial parent wants to send direct payments to the custodial parent, then he or she will need to ensure that this matter is reflected within the initial order set for child support, or they will otherwise be required to file a modification petition that asks that direct payments are permissible.

In the courts of New York, parents who are ordered to provide child support will be given a sheet of instructions for the actions that will take place. This sheet will indicate exactly how much needs to be paid, and how payments should be made. For parents who work, notices can sometimes be sent directly to an employer with instructions regarding how the child support payments should be taken from the individual's salary and sent to the SCU. However, it's worth noting that payments may also be obtained directly from a range of other income streams, such as a pension or unemployment payments. Importantly, payments usually won’t start coming from a worker's paycheck for a few weeks from the time the support order is enforced. What's more, people who are self-employed can choose to make payments according to pre-set deadlines by sending money to the Support Collection Unit by money order, electronic transfer, check or certified check. In these circumstances, it's best for non-custodial parents to avoid sending payments to custodial parents using cash because she or he will not have a record of their payments in the event that a dispute might arise.

Mr. Darren M. Shapiro often recommends to his clients that if they have a good relationship with the custodial parent in a child support case, they can choose to send a letter that has been notarized to the SCU that asks them to give credit for a sum that has been directly paid. However, it's best not to rely on this method in most cases, in case the other parent refuses or forgets to send a letter, or the SCU does not accept your request and requires you to take the matter to court. It is worth keeping in mind that even if child support payments are not sent through the SCU, obtaining a receipt for cash payments can be important to provide evidence that the money was given as it should have been. Otherwise, if the payment is later disputed, the non-custodial parent may have trouble proving that any payment was made.

One case worth recognizing in this instance is the case of Ford v. The Department of Social Services. When explaining this case to his clients, Mr. Shapiro draws attention to the fact that a father brought a proceeding to court under Article 78, regarding various actions for child support enforcement that were brought against him for the amount of around $400,000 in child support arrears. This amount was taken from an obligation the father held for his daughter over a lot of years. The petitioner disputed the claim made for a number of reasons, and asked for a credit for child support payments, and the OCSE cross-moved to dismiss the petition. The petitioner, at one point, told the OCSE that he would be willing to provide proof of payments that had not yet been credited on his account. He submitted for proof, a judicial Finding of Fact, which included testimony that he had already paid $70,000 in an effort to satisfy particular arrears and avoid jail. There was also a letter from the other parent that asked for him to receive credit for $5,000, and another asking that he receive credit of $800 for payments.

The OSCE informed the petitioner that they would not credit the claimed payment of $70.000, and that the account had already been credited the $5,000 in response to the notarized letter from the other parent. The petitioner, however, filed his petition against the other parent and the OCSE, among others, asking to vacate certain arrears and orders, and claiming that he had not received the appropriate credits, and that the OCSE had failed to accurately calculate what was owed to the custodial parent. However, this complaint was dismissed. The OCSE informed the petitioner that his bank account would be restrained, and the arrearage amount would be obtained from a passport denial process and tax refund offset. The petitioner asked for an administrative review, but was unable to submit proof that the child support amount had been inaccurately computed. The challenge was denied, and he commenced with the Article 78 proceeding.

In the case outline above, the court explained the OCSE was authorized to seize the tax refund of the petitioner to enforce outstanding arrears. This automatically triggered the process for passport denial. The court also explained that no proof had been submitted to support the petitioner's challenge to the OCSE's decision. In this particular case, even if the individual had received credit for the $70,000 child support payments, the arrears would be significant enough magnitude to seize his refund and restrict his passport - so the petition was denied.

If you're looking for assistance with child support, child custody, or visitation matters in New York, please contact the Law and Mediation Office of Darren M. Shapiro, P.C. at (516) 333-6555, or get in touch through our online form. It would be our pleasure to speak with you about it.